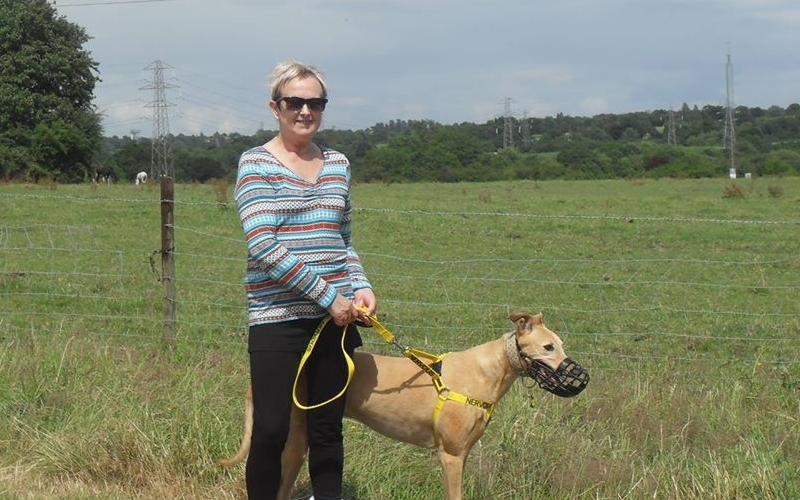 The disabled daughter of a woman who took her own life after losing her disability benefits has explained why she believes ministers and senior civil servants should face prosecution for the deaths they have caused.

Hayley Storrow-Servranckx spoke out this week to back a new parliamentary petition that calls for an inquiry into deaths linked to the actions of the Department for Work and Pensions (DWP), and for that inquiry to pass any evidence of criminal misconduct by ministers and civil servants to the police.

The petition – Justice for Jodey Whiting. Independent inquiry into deaths linked to the DWP* – brands DWP “institutionally disablist and not fit for purpose” and demands urgent action to make the safety of all benefit claimants a priority.

Within five days, the petition had secured more than 6,000 signatures. It needs to reach 100,000 within six months to be eligible for a debate in parliament.

The relatives of Susan Roberts (pictured) this week became the seventh family to back the petition, in addition to support from four grassroots groups of disabled activists – Black Triangle, Disabled People Against Cuts, Mental Health Resistance Network and WOWcampaign – and DNS.

Storrow-Servranckx told DNS that she would feel a sense of “justice” if she saw former DWP ministers facing charges in a criminal court.

She said: “It would be some form of justice for those people who are not here anymore and have not got a voice.

“That’s all we have ever wanted, the families, we just want justice, because without [DWP’s actions] our family members would still be here, no question about it.

“To have somebody in front of a judge and jury and to be sentenced for crimes that made somebody kill themselves is exactly what needs to be done and needed to be done a long time ago.”

Storrow-Servranckx said she believed there should be a police investigation just as there would be if she was responsible for causing someone’s death by suicide.

The body of her mother was discovered in May 2016 by a care worker at her warden-assisted flat near Tunbridge Wells, Kent, the day after she had received a letter saying her appeal against losing her personal independence payment (PIP) had been turned down.

An inquest into the 68-year-old’s death did not record a verdict of suicide, but her daughter is convinced that she took her own life, because of the way she died, and because her body was discovered surrounded by her PIP paperwork and a “do not resuscitate” notice.

She had previously received an indefinite award of disability living allowance, at the higher rate of mobility and the low rate of care, but she was told she was not entitled to PIP.

DWP had taken just six days to reject her mandatory reconsideration, before she had even had a chance to send a letter explaining why she disagreed with the initial decision, with a civil servant telling her that “it was not felt any further evidence we received would change the findings based on your assessment”.

In her letter, which she left beside her body, she described the impact of ME on her daily life, which she said provided a window of just two or three hours every day in which she was free of symptoms such as exhaustion, dizziness and inability to concentrate.

She said she had chronic, progressive ischaemic heart disease, and was experiencing “excruciating pain” from a gall bladder that could not be removed because of her heart condition.

Her letter also described how a care worker visited her every day to provide painful rectal irrigation and then give her a shower, how she was deeply depressed and had been so “for a long time”, and that her doctor knew that she wanted to die.

She did not attend her tribunal appeal, which was decided only on written documents and again found her ineligible for PIP.

DWP has previously insisted that there was “no evidence to suggest any link” between the death of Susan Roberts and her benefit claim, and that neither the department nor Atos – the much-criticised outsourcing company which assessed her – believed they had made any mistakes in her case, pointing out that the tribunal had “upheld the original decision”.

But Storrow-Servranckx said her mum had made it clear in her original PIP claim form that she had suicidal thoughts, and DWP had made no effort to protect her.

She said her mum had written on her PIP form that she had contemplated suicide and had told her doctor how much she wanted to die, but could not take her own life because of her Christian faith.

Storrow-Servranckx, who herself has been assessed for both PIP and employment and support allowance, said the thousands of deaths linked to the actions of DWP had been “swept under the carpet” and needed to be “brought up and discussed in the House of Commons”.

She said: “It’s not just my mum. There are thousands and thousands of other people – including other members of my own family – who are affected.

“The benefits system has clearly failed. It is not working. It is dangerous.

“They clearly must hold their hands up and say, ‘Our failing system has caused the deaths of thousands of innocent people.’”

She said she now hoped the petition – and the support from the other six families – would encourage other relatives to come forward and speak out.

*If you sign the petition, please note that you will need to confirm your signature by clicking on an email you will be sent automatically by the House of Commons petitions committee