You are here: Home / Activism and Campaigning / Labour backs away from McDonnell’s calls for a shadow minister for neurodiversity 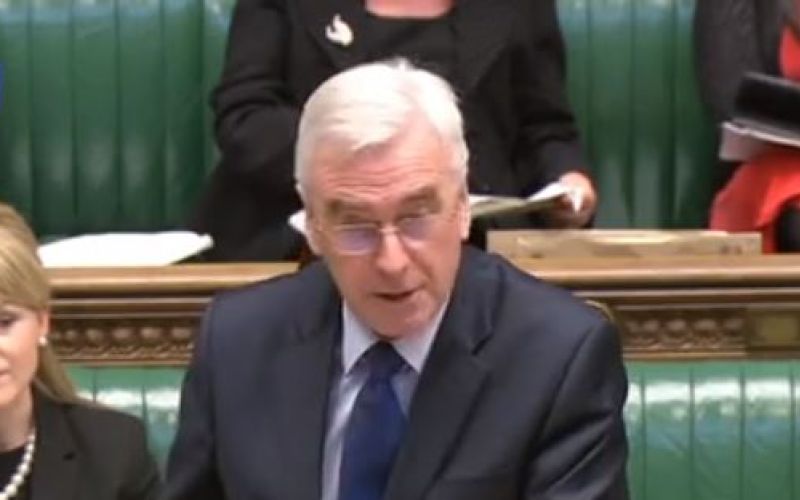 The Labour party has refused to back calls from its own shadow chancellor to create a shadow minister for neurodiversity.

In the letter, Monique Craine praised Corbyn’s decision to appoint a shadow minister for mental health, but said she now wanted to see him do the same for neurodiversity.

And last month, McDonnell tweeted: “I am supporting call for Labour to develop an Autism Manifesto and appoint a Shadow Minister for Neurodiversity & will consult on details.”

And this week, Craine was reported to be meeting McDonnell (pictured) to discuss the idea.

But despite McDonnell’s backing, the party has refused to comment on the idea of creating a new shadow ministerial position for neurodiversity.

Craine said in her letter that people with neurological differences such as ADHD, autism, dyspraxia, dyslexia and Tourette’s syndrome made up a fifth of the population and yet often felt they were ignored by politicians and “treated as second class citizens”.

She said the Conservative government appeared to want to increase the barriers faced by neurodiverse people, for example by increasing school exclusions of children who display “undesirable” behaviours, and altering the school curriculum to make it less accessible to disabled children.

Her letter added: “We are potentially the future innovators, the leaders, the entrepreneurs, the inventors; yet we are being failed.

“Very few of us reach our potential because we lack the understanding and acceptance needed within society.”

Craine has so far been unavailable to discuss McDonnell’s announcement.

But Ian Jones, co-founder of the WOWcampaign, welcomed McDonnell’s backing for the idea, which he said would “address the prejudice faced on a daily basis by those suffering from diverse neurological conditions who are judged to be ‘different’ by others”.

“The shadow minister for neurodiversity must ensure they represent all who suffer exclusion caused by these diverse neurological conditions and not just those born with these conditions.

“One of the first questions they should ask themselves is, ‘Different to what?’ What is ‘normal’?”