You are here: Home / Benefits and Poverty / Labour conference: Benefit assessment nurses must be held to account, says Abrahams 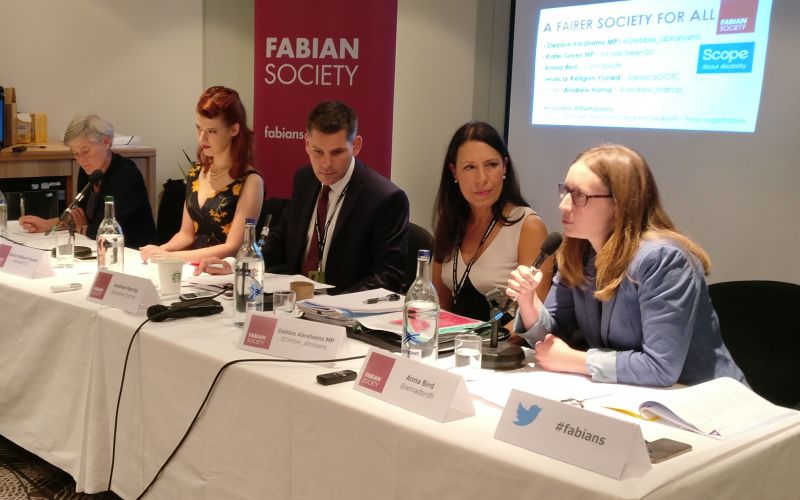 Labour’s shadow work and pensions secretary has called for nurses and other healthcare professionals who write misleading benefit assessment reports to be “held to account”.

Debbie Abrahams said there had been “too many times” when healthcare professionals had written reports that did not “marry” with the evidence they had been given by disabled benefit claimants and what they had been told by those claimants during face-to-face assessments.

More than 250 disabled people have come forward over the last year to tell Disability News Service how their assessors had written dishonest assessment reports.

These cases were compiled during a DNS investigation into widespread allegations that healthcare professionals working for private outsourcing companies Capita and Atos have been lying in personal independence payment (PIP) assessment reports, which are written on behalf of the Department for Work and Pensions.

But there have also been years of complaints relating to work capability assessments – which assess eligibility for employment and support allowance – which were previously carried out by Atos but are now the responsibility of the discredited US outsourcing giant Maximus.

Abrahams (pictured, second from right), who was speaking at a fringe event organised by the Fabian Society and the disability charity Scope at Labour’s annual conference in Brighton, said: “Assessments are conducted by clinical professionals.

“We must be holding these clinical professionals to account.”

She said she had heard of “dozens and dozens” of cases, both in her national role and as a constituency MP, of assessment reports “not marrying at all with the detail in the assessment, the medical records that were supplied and so on”.

She told the meeting: “This cannot be allowed.”

But Abrahams told this week’s fringe meeting that she had met with the Royal College of Nursing (RCN) about the issue, and she said the RCN was “concerned about what this means to some of their members” and was taking “very seriously” the need to prevent such cases happening.

Abrahams also told the fringe event of Labour’s plans to scrap both the PIP assessment process and the work capability assessment – which assesses eligibility for ESA – and replace them with a more “personalised, holistic support programme”.

RCN had failed to comment by noon today (Thursday).