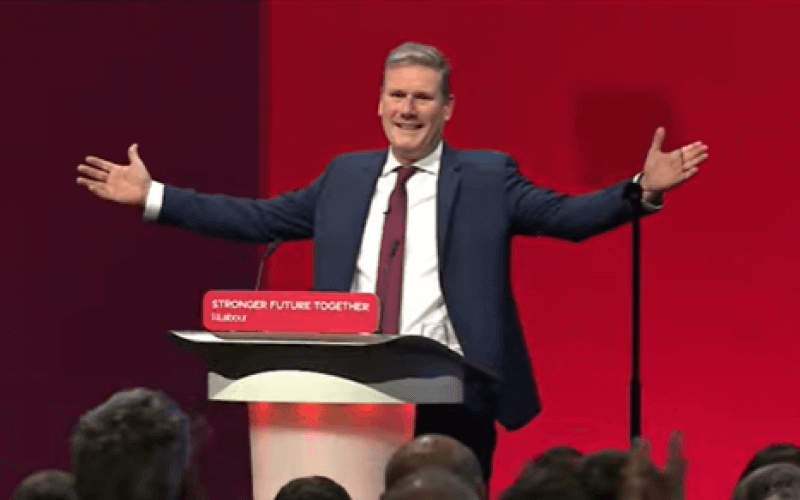 Disabled Labour activists have raised concerns about their leader’s promise to “always put hard-working families and their priorities first”, and his failure to mention disabled people, in a 12,000-word essay published on the eve of his party’s annual conference.

The essay was designed to set out Keir Starmer’s vision for a “fairer, more secure and prosperous Britain, built on Labour values”.

But disabled party members – already angry at Labour’s continuing failure to address disability discrimination within the party – said this week at the conference in Brighton that they were frustrated but not surprised at their leader’s failure to talk about the oppression disabled people faced in society and Labour’s plans to tackle it.

The concerns are likely to be heightened yet further by Starmer’s 7,000-word conference speech yesterday (Wednesday), in which he mentioned “people with disabilities” just once.

That single reference sounded as if it had been shoehorned into the speech, possibly in an attempt to deal with mounting concerns over disability discrimination (see separate story) within the party.

Starmer (pictured, before the speech) told conference delegates: “I believe that our diversity is one of the things that makes this country great.

“As this country continues to change, as we slowly liberate the talents of more people, as we name and tackle discrimination, as we make a better place for people with disabilities, I believe we grow as a country.”

But his speech also echoed his essay’s pledge that a Labour government would focus on the needs of “working families”, telling conference: “That’s why I am so proud to lead a party whose name is Labour.

“Don’t forget it. Labour. The party of working people.”

Despite a significant section addressing health – including mental health – a brief mention of social care, and a reference to how “artificial intelligence can help tuition, especially for students with special needs”, the concerns of millions of disabled people were ignored in the speech.

This may be seen as particularly insensitive in a year in which nearly 60 per cent of COVID-related deaths have been of disabled people, with many of those deaths – according to researchers backed by the Office for National Statistics – possibly caused by discrimination by the government as it responded to the pandemic, and discrimination within the NHS.

Speaking before the leader’s speech, Emily Pomroy-Smith, a Disability Labour member who stood as the Labour candidate in South West Wiltshire at the 2019 general election, said she had been concerned at the “dog whistle” reference to “hard-working families” in the Starmer essay.

She said: “It sets me on edge. Working families is just short-hand for ‘not scroungers’.

“Our value is not dictated by how much we put in or take out of the state.

“There are many reasons why people can’t work and don’t work or are unable to work.”

And she said she was “not surprised” by Starmer’s exclusion of disabled people from his essay.

She said: “It is so normal for us not to be included. It is frustrating but it is also the way it always is.”

Also speaking before the leader’s speech, Jonathan Farr, treasurer of Disability Labour, said: “We need the top of the party to set an example to the rest of the party that disabled people and disabled members matter and are welcome and are going to be able to participate fully in the party.”

He said it had been “good to hear a slightly different perspective” from shadow work and pensions secretary Jonathan Reynolds in his speech to conference (see separate story).

Asked about the issues of discrimination within the party, and the Starmer essay, Vicky Foxcroft, Labour’s shadow minister for disabled people, said she would meet with deputy leader Angela Rayner and party chair Annelise Dodds “to talk about some of the concerns raised by Disability News Service”.

And she said that David Evans, the party’s general secretary, told a Disability Labour fringe meeting that he would personally ensure that Labour dealt with the concerns raised by disabled members about discrimination within the party.