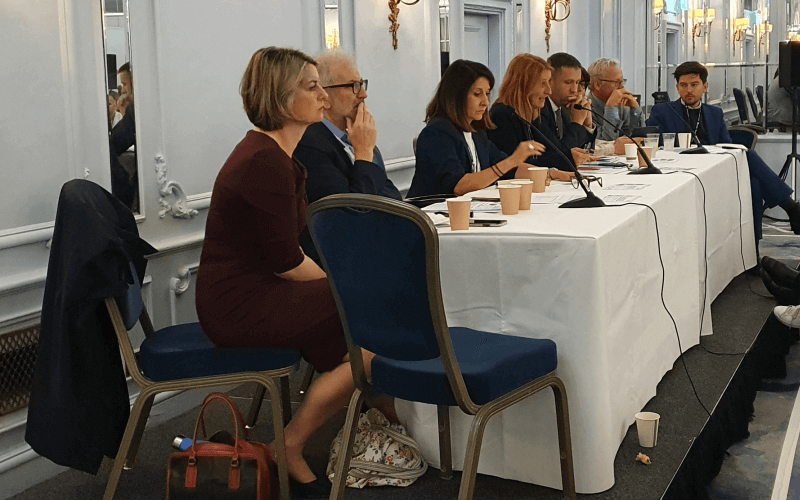 A Labour MP who heard weekly reports on the “harrowing” impact of the pandemic on service-users and staff in social care through the early months of the crisis has accused the government of “gas-lighting” the sector by denying those experiences.

Helen Hayes MP, co-chair of the all-party parliamentary group on adult social care, described to a fringe meeting at Labour’s party conference in Brighton some of the evidence she had heard from disabled people and others in the social care sector.

The all-party group had set up a working group, which included disabled people who managed their own care at home, as well as representatives of not-for-profit care providers and other social care organisations.

She told the fringe meeting, organised by the cross-party, cross-sector Future Social Care Coalition: “During the first wave of the pandemic, we met every single week to talk about what was going on on the ground.”

The working group heard of the challenges in accessing personal protective equipment (PPE), of COVID-positive patients being discharged from hospitals into care homes, and “the impact on residents and families and staff as COVID ripped through care homes because of those discharges that were happening from hospitals”.

And she said the working group also heard “the harrowing stories of people at home managing their own care”, who had been “really abandoned by the government”.

She told the meeting: “I don’t think we talk nearly enough about those people, who couldn’t access PPE, couldn’t access advice about how to keep themselves safe, many of whom ended up foregoing their own care because they were so terrified about contracting COVID at home because their care workers were going between many different households and sometimes into care homes as well.”

She said the contrast between these testimonies, which were coming in every week for months, and “the government’s line that they had thrown a protective ring around care homes” was “distressing”.

She added: “I don’t use this term lightly but it really felt like the government was gas-lighting the social care sector… simply denying the lived experience on the ground of a sector that really had been the last thought on the government’s mind as they entered the pandemic.”

But she said the pandemic had at least provided “very strong visibility” for a sector that “actually had been heading towards crisis for many, many years prior to that.”