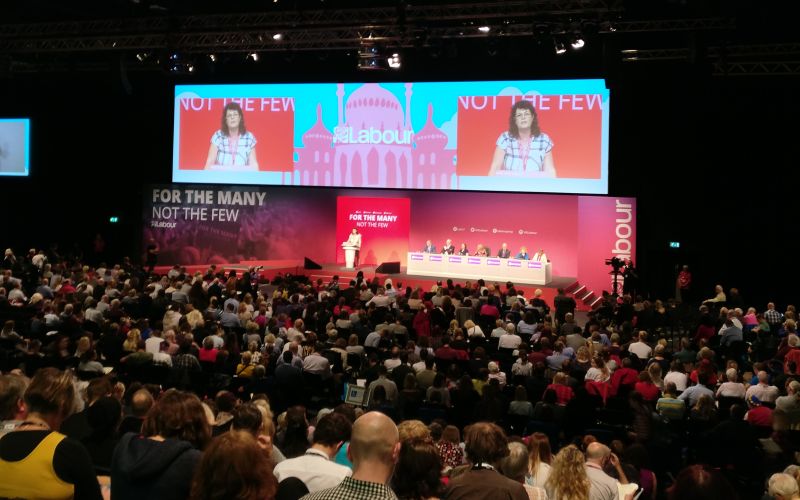 A shadow cabinet member has supported calls by party members for Labour to come up with a stronger policy on reversing government cuts to social security spending.

Debbie Abrahams spoke out after Labour’s annual conference in Brighton voted overwhelmingly to ask the party’s policy-making machinery to reconsider its approach to reversing the government’s latest cuts to benefits.

In this year’s general election manifesto, Labour pledged to reverse some of the government’s latest cuts to social security, but there was frustration among many activists that it failed to go further.

The manifesto committed £2 billion a year towards “fixing” universal credit and other elements of social security policy, scrapping the bedroom tax and reversing the cuts of £30 a week for new claimants placed in the employment and support allowance work-related activity group.

But the latest government cuts are set to take out billions of pounds more a year from the social security budget.

The Labour manifesto also pledged to repeal new regulations that will make it harder for people with mental health problems to claim the mobility component of personal independence payment, and promised other measures such as scrapping the work capability and PIP assessments.

But there was no manifesto commitment to scrapping the benefit cap – although Labour has since suggested it would remove it, after a court ruled that imposing the cap on lone parents with children under two was unlawful and discriminatory – or the continuing freeze on many working-age benefits, which will take billions more out of the social security budget.

Party activists who pushed this week for Labour to do more to reverse the cuts were concerned that its annual work, pensions and equality report, produced by one of the party’s policy commissions – under the umbrella of its National Policy Forum – failed to call for all of the government’s current social security cuts and reforms to be reversed.

They wanted the party to commit to reversing cuts such as those to universal credit, the two-child limit on tax credits, and the benefits freeze.

Instead, the report says the commission “notes evidence”, will “continue to closely scrutinise” and will “pay close attention to” the impact of these cuts.

But an overwhelming vote at this week’s conference in Brighton called on the party to be more explicit in its opposition to all the cuts currently being implemented, and to promise to reverse them.

Amos told the conference that it was “not good enough” that the party had failed to promise to reverse all the government’s planned cuts to social security.

He said: “We know that welfare isn’t a handout, it’s a safety net for everyone, it’s all that stands between every one of us and destitution, and if cuts continue not much of it will be left standing.

“Conference, we cannot allow any welfare cuts under a Labour government. Let’s insist that our party is explicit in its total opposition to every single Tory welfare cut.”

The vote to ask the policy commission to reconsider a section of its work, pensions and equality report relating to government cuts to social security was supported afterwards by shadow work and pensions secretary Debbie Abrahams, a co-convenor of the report.

She told Disability News Service: “I welcome what conference had to say. It is up to the National Policy Forum now.

“It will be reviewed and I am sure and I hope the shadow Treasury team will be listening to what the members had to say.”

And she said she was sympathetic to what party members had called for in the vote.

She had earlier told a fringe meeting that the party would have to go through each of the government’s cuts “line by line”.

She said she would pressure Labour’s Treasury team to reverse government cuts to social security and “will keep fighting to make sure that disabled people are not in the dire circumstances that they [have been] over the last seven years”.

Amos said he had been motivated to push the motion by his own experiences of having ME when he was younger, growing up in a neighbourhood where many of his friends relied on social security, and having a mum who was a committed disability rights campaigner.

He said he would expect the party to come back with a report that took account of the conference’s decision.

If it failed to do so, he said, he hoped “to get up and make the case even more strongly” next year.

Anne Pridmore, a disabled party member, said the conference vote was “positive” but that she did not believe Labour leader Jeremy Corbyn was doing enough to highlight what was happening to disabled people.

She said: “People are dying. Every time a brown envelope comes through my letterbox I think, ‘That’s my [support] package gone.’ It’s frightening.”

Fellow disabled activist Alex Hovden agreed, and added: “I think Jeremy Corbyn is doing a bit to help disabled people but he could certainly do a lot more.

Kate Green, a Labour MP and former shadow minister for disabled people, said she believed the party should “go further than the manifesto” and scrap the benefits freeze, as well as “campaign hard” for increased universal credit work allowances, which have been cut by the government, and scrap the two-child limit on tax credits.

She said: “From Jeremy, he seems to have an appetite for looking again at the benefit freeze.”

Green said the party should also look at cuts to housing benefit and housing support.

She said: “These are things the party needs to address urgently. They are causing huge hardship to working people, families with children and disabled people.”

Asked if she welcomed the vote, she said: “Only if it is going to lead to a more ambitious and progressive set of ambitions for social security, which I believe it will.”

The vote to send the relevant section of the report back to be reconsidered by the commission and the National Policy Forum was carried overwhelmingly.

The party had failed to respond to a request for a comment on the vote by noon today (Thursday). 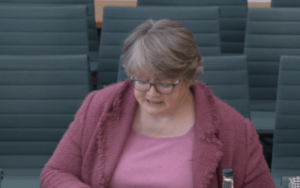