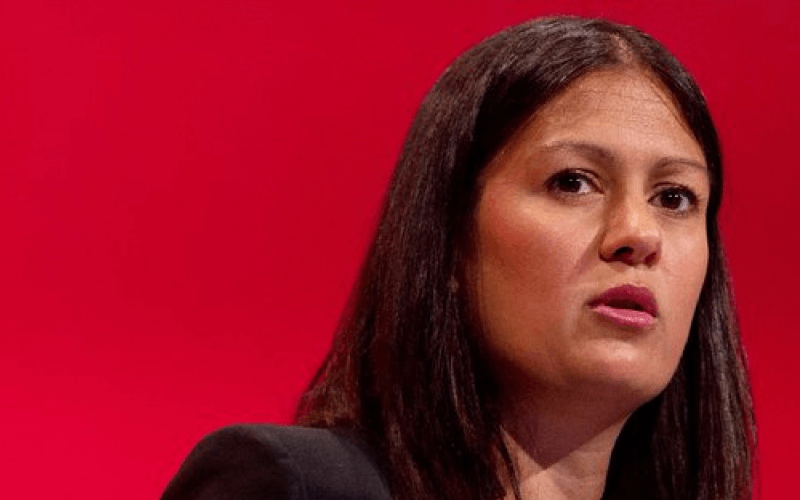 Labour leadership candidate Lisa Nandy has backed calls for an independent inquiry into deaths linked to the Department for Work and Pensions (DWP), and has pledged to fight for “truth and justice” on behalf of those who died.

One of four candidates still in the race to be the next Labour leader, she was answering questions from Disability News Service (DNS) on how she would fight for the rights of disabled people if she became prime minister.

Although she announced no striking new policies on disability equality, she stressed repeatedly her promise to involve disabled people in the decisions that impact their lives, and pledged to put them “at the heart of change, hearing their voices and giving them agency”.

She also highlighted her commitment to accessible transport, the need for more accessible housing and to a more inclusive education system, as well as to implementing the UN Convention on the Rights of Persons with Disabilities (UNCRPD) into UK law if she became prime minister.

Of the other three candidates, Rebecca Long-Bailey also responded in depth to the DNS questions, but fellow frontrunner Keir Starmer ignored all but two of the six questions in his brief response. The fourth candidate, Emily Thornberry, has so far failed to respond to the questions.

Nandy (pictured) described sitting on the same panel as disabled campaigner Joy Dove as she “powerfully” told a fringe event at last autumn’s Labour conference how her daughter Jodey Whiting had taken her own life after DWP wrongly removed her out-of-work disability benefits.

She said: “No one who listens to her story – or the story of Errol Graham [revealed by DNS last month] – can think there isn’t a need for an independent inquiry.

“I completely support calls for one that looks into the links between DWP policy and procedural failings and the deaths of disabled benefit claimants.”

She said the last 10 years had shown the “human and moral cost” of a Conservative party policy approach “that uses the power of the DWP to pick on those who are too powerless and too vulnerable to fight back”.

She said: “While Iain Duncan Smith gets a knighthood, fear prevails amongst disabled people and the system he created threatens lives.”

Nandy said that, as prime minister, she would ensure the welfare state provided “dignity and power” to those who need it, with a social security system designed and run by disabled people themselves.

She said: “But before this happens, it is vital that we have accountability and justice for all those who lost their lives over the last 10 years.”

She also told Labour supporters this week that she would scrap and rebuild the much-criticised universal credit benefit system if she became prime minister.

Mirroring the comments she made to DNS, she said: “It is time for a different approach which allows the people who rely on the state for help, with the expertise of advocacy groups, to change it for the better.”

She said she would not wait until the next general election to act. Instead, Labour would run “participatory workshops” that would “bring people together and develop a new system – one that puts people back at the centre.

“Then we’ll campaign for it in our communities and in parliament and use the power of a movement to build a more humane system everyone can believe in.”

On social care, she stressed to DNS the importance of choice and control and said that disabled campaigners had “shown powerfully how government policy has restricted the ability of disabled people to live independently and freely, with many lacking the support to leave their own home or travel around.”

She said that the scale of the challenge meant there was a need for an “ambitious strategy” which prioritised the voices of disabled people, “giving them real choice and agency to design support packages that work”, but she gave no hint of what that strategy might be or how it would be funded.

Nandy also stressed the need for action on accessible transport, an issue she has raised in parliament.

She said: “Disabled people are being forced to spend more on travel, take longer to get to their destination, and face the possibility of being unable to complete the journey.

“As prime minister, I would use the power of government procurement and public subsidy to ensure the changes that need to be made on accessible transport happen, and happen quickly.”

Asked how she would solve the accessible housing crisis, she said: “Our failure to build houses that meet basic accessibility needs is more evidence of our collective failure to build a nation that works for people with disabilities because we’ve not listened to the most important voices on the issue.”

She pledged to ensure that every new home that was built would have to meet “accessible and adaptable standards”.

She said: “Anything less than design standard with core features like step-free access, level thresholds, wide doorways and a toilet on the ground floor as a minimum would not deliver for disabled people.

“There is strong public support for this, and as prime minister I would be committed to delivering it.”

Asked what action she would take to secure a more inclusive education system, Nandy said the Conservative government had prioritised the segregation of children with special educational needs and disabilities (SEND) in special schools, and then failed to fund those schools.

She said: “We are failing children with SEND twice: placing them in separate, special schools, and then refusing to fund these places adequately.”

The Wigan MP said she would take action to “end the incentivisation of school segregation where mainstream schools are expected to cover the first £6,000 of support for a child with SEND from their existing budgets.

“As prime minister, I will encourage schools to be more inclusive and deliver the best possible education for every child, but most importantly those with special educational needs.

“We need to embed within schools the wider support services which are necessary for children to flourish.”

Asked how she had personally fought for the rights of disabled people as an MP, she pointed to a traumatised and physically-injured victim of the Manchester Arena bombing she had helped deal with DWP over her benefits, and a wheelchair-user she had helped secure appropriate housing that enabled both her and her two autistic sons to live independently.

She said she had also led local and national campaigns for accessible public transport, particularly on the rail network.

Nandy also said she had campaigned against the closure of the Remploy factories, which were shut by the Conservative-Liberal Democrat coalition, “supporting local people on the picket lines because they wanted to protect their jobs”.

The Remploy issue was one that divided the disabled people’s movement.

Despite their continued opposition to the kind of segregated and sheltered employment provided by the factories, many disabled people’s organisations called on the coalition government in 2012 to abandon the closures.

They argued then that shutting the factories and making their disabled workers redundant was the wrong decision at a time of recession.

Nandy said that campaigners’ efforts had initially been successful in Wigan, with the factory remaining open under alternative management, although it had recently been forced to close.

But she said the “scale of the challenge” would “require so much more”, so she promised to put disabled people “at the heart of change, hearing their voices and giving them agency”.

She said: “Involving them in the decisions that affect their lives, whether related to the welfare state, transport, housing or other services, is the best way of advancing the rights of people with disabilities.”

She said her priority as prime minister would be to ensure disabled people “have a greater influence over the design of policies that affect them”, and she promised to carry out impact assessments of all government policies, and support campaigners to “hold the government to account for the decisions we make”.