The Labour party has been told by its own activists that it must do much more to make its own policies and procedures accessible, after a string of access failures at its annual party conference.

A row also developed after several disabled delegates were moved from their reserved seats for the leader’s speech – apparently because party officials were worried about safety issues, as Ed Miliband’s exit route would pass directly in front of them – to make way for young, non-disabled party members in suits.

And organisers even faced a last-minute scramble to put in a ramp to allow Sir Bert Massie – the former chair of the Disability Rights Commission – to access the platform at the Disability Labour fringe meeting.

Dave Allan, a member of Disability Labour and of the union Unite’s disabled members network, told the meeting that the party had failed to make conference information accessible to blind and deaf members.

He said: “A lot of our members have had difficulty in participating.”

Sir Bert said there needed to be support for better access from the top of the party.

He said: “It won’t change in any political party unless the party decides it wants to change, from the leadership down.”

Tracey Lazard, chief executive of Inclusion London, who was at the conference to lobby politicians on behalf of the Reclaiming Our Futures Alliance, called on the party to be “really clear” on the access standards it will deliver when holding internal meetings.

Emily Brothers, Labour’s disabled prospective parliamentary candidate for Sutton and Cheam, told the meeting that she had been forced to meet with the conference arrangements committee and had “presented to them the range of challenges people are having within the party”, such as a lack of BSL interpreters, disabled delegates not being seated in the most accessible part of the conference hall, and problems with accessible information.

After the fringe meeting, she told Disability News Service (DNS) that she had only received an accessible version of a vital report from Labour’s national policy forum that day – and even then she had only received the first chapter – which had made it impossible for her to contribute to the previous day’s debates.

Even after a ramp was found for Sir Bert, the platform was still not safe and accessible to Cllr Laura Booth, the newly elected chair of Disability Labour, because there was no handrail on the ramp.

Booth also arrived in the main conference hall for a debate to find that someone had pinched the accessible chair that had been reserved for her.

She told DNS after the meeting: “We will write to the national executive committee and say this cannot go on.”

She said party officials had decided “that it would not be safe and accessible for disabled people to use those seats during Ed’s speech, given the logistics of his exit route”.

She said: “I understand seating was offered further along the row, though it seems not everyone was aware of this for some reason.”

Green added: “I’m working with disabled members to consider how we can best have their input to planning and improving our access arrangements for our future conferences. We would very much welcome any suggestions and feedback.”

Tara Flood, director of the Alliance for Inclusive Education, said she had asked if there were any conference guides in accessible formats.

She said: “The guy I spoke to had no idea what I was talking about. I asked him who I should go to, and he said he had no idea.”

Baroness [Tanni] Grey-Thompson, who did not attend the conference but was told about the conference hall incident, said: “Because of the level of discrimination that exists in daily life it would be very easy to see why a disabled person might have taken a negative view of why they were moved.

“It could well be that the manner in which they were told didn’t help.

“I have lost count of the number of times, just in this year, that I have been spoken to negatively because of being disabled.

“I have been at an event where I was told that I had to move because someone more important had to be there.”

She added: “Just a few weeks ago I was told that I was not responsible enough to make a decision on which way I exited from a building.”

The Labour party has so far refused to comment on the access concerns raised by its disabled members. 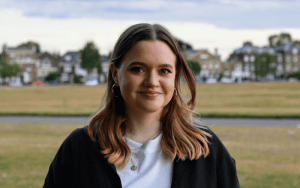