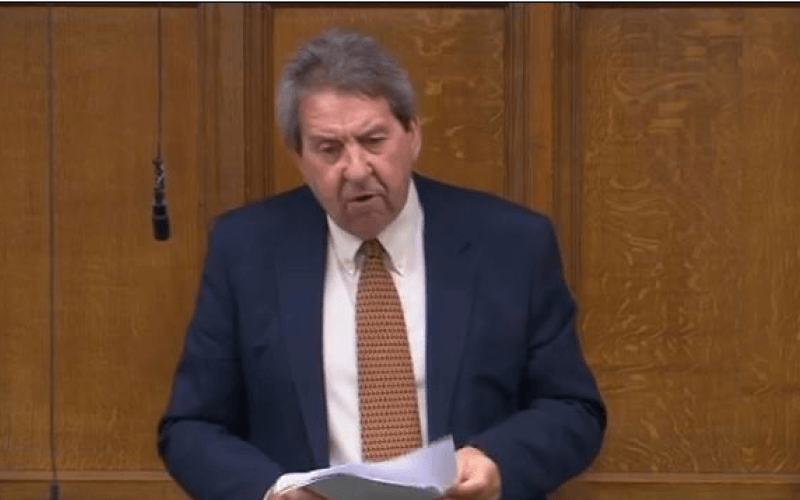 Labour has failed in a bid to force the government to publish secret papers that would show the true financial impact of universal credit on benefit claimants.

In a debate lasting nearly four hours yesterday (Wednesday), Labour and SNP MPs lined up to highlight the negative impact of the new benefit system on disabled people and other constituents, while many Tory MPs praised the system and accused their opponents of scaremongering.

Few Labour MPs followed the example of shadow chancellor John McDonnell, who did not speak in the debate but told a journalist last week that universal credit should be scrapped.

Most Labour MPs, including shadow work and pensions secretary Margaret Greenwood, called only for the government to “stop the roll-out of universal credit” and correct its flaws.

But one of those who did call for universal credit to be scrapped was Maria Eagle, a former minister for disabled people, who told MPs: “My constituency is about to experience a tsunami of further hardship and poverty because of the roll-out of universal credit.

“It is not enough to slow the roll-out; universal credit must be scrapped. It will never work. It will punish the poor and create more destitution.”

Another was Swansea West Labour and Co-op MP Geraint Davies, who said: “Universal credit combines three massive computer systems – the Inland Revenue system, the jobcentre system and local council systems – and, inevitably, it will not work.

“The whole system is a way of cutting corners and cutting benefits for the most vulnerable.

“Universal credit should be scrapped, because it simply will not work.

“In Swansea and elsewhere it has led to sleepless nights, empty stomachs and shivering families. It is leading to poverty and despair.

“I believe it is simply a Trojan horse for further cuts.”

Labour’s Danielle Rowley, the MP for Midlothian, said she had been sent a message from the manager of her local Citizens Advice bureau, saying: “Universal credit’s big impact is on people’s mental health.

“We are seeing so many people who cannot deal with UC due to the fragility of their mental health.

“It’s making underlying mental health worse. We are aware of clients attempting suicide due to the anxiety of the whole thing.”

Fellow Labour MP Anna Turley said figures from the House of Commons library showed that the full rollout of universal credit in her area would affect about 3,500 households that include disabled people.

She said: “Thousands of vulnerable people in my area are going to be moved on to a benefit that has been beset with payment delays and has seen food-bank use skyrocket by more than 50 per cent in areas of full roll-out.

“Yesterday, in response to my question, the minister could not reassure me that my constituents would not be worse off.”

Labour’s Shabana Mahmood, who said her staff spent “most of their time every single day on the phone trying to sort out difficulties arising from universal credit”, was another to highlight the impact on disabled constituents.

She said: “There is a particular difficulty in my constituency relating to constituents with autism and… mental health conditions moving on to universal credit, often because they have failed the assessment – they had previously been in receipt of employment and support allowance (ESA) – having not been supported as they tried to navigate a very complicated online system.”

Labour’s Mike Amesbury, the shadow minister for employment, warned that the universal credit rollout would be “a disaster” for disabled people, with 750,000 set to lose out financially.

But he called on the government to “stop, fund and fix” universal credit rather than scrapping it, although he did suggest that “the policy may well already be beyond fixing”.

The SNP’s Neil Gray said: “The biggest problem with universal credit is that, for years, it has been an all-consuming cash cow for Treasury cuts to social security.”

The young man’s mother was told that unless her son signed his universal credit “claimant commitment” he would have to apply for jobs from his hospital bed if he was to avoid a sanction.

Work and pensions secretary Esther McVey defended universal credit and its “strong merits” but admitted that there were “areas that we need to improve”.

She had said earlier in the week that the so-called “managed migration”, which will see claimants of existing benefits such as ESA moved onto universal credit, would not now begin in January 2019, but “later in the year”, and would only affect about 10,000 people in 2019.

The “slow and measured” rollout would then “increase” from 2020 onwards, she said.

A string of other Conservative MPs lined up to praise universal credit, including St Austell and Newquay’s Steve Double, who claimed that jobcentre staff “love it, and claimants like it” and that “one of the problems is all the scaremongering, primarily from the Labour party”.

But he also admitted that the government needed to “make sure it has the funds it needs to work and achieve the outcomes we all want to see”.

Fellow Tory Alex Burghart, a member of the Commons work and pensions committee, said: “I can say that universal credit was rolled out in my constituency a number of months ago, and it is working extremely well.

“We have had nothing but praise for it from the work coaches who administer it, and we have had very high satisfaction rates from people using it in Brentwood and Ongar.”

One of the most shocking interventions in the debate came from Gordon Henderson (pictured), the Tory MP for Sittingbourne and Sheppey in Kent, who tried to argue that the move to universal credit was not responsible for a significant rise in the use of foodbanks.

He said he had secured information from a local foodbank about claimants who had faced difficulties with universal credit, and he claimed he had discovered that many of them were “living in a local hostel that provides temporary accommodation for homeless adults”.

He said that it “soon became obvious that some of them suffered from underlying problems that affected their ability to manage the transition to UC, and that forced them into using the food bank”, such as “drug addiction, alcoholism, mental health problems, an inability to manage money, or plain fecklessness”.

He said that making universal credit perfect overnight would not “solve their mental health problems” and issues with drugs and alcohol and “would not make them less feckless” and that “they would still have the same problems, whatever benefits system was put in place”.

He said he was glad that such people were “in the minority” and appeared to suggest that those with mental health problems – and seemingly people with learning difficulties – were to blame for their difficulties with universal credit, after adding that there were also “some people who have genuine concerns”.

A vote by Labour to attempt to force the government to publish its evidence on the financial impact of universal credit was lost by 20 votes.

Meanwhile, DWP announced this week that as many as 180,000 ESA claimants will now be entitled to receive backdated benefit payments as a result of the botched migration of former claimants of incapacity benefit and other benefits to the new ESA from 2011 onwards.

The department had failed to realise that many of the claimants were entitled to income-related ESA – and therefore to associated disability premiums – rather than just the contributory form of ESA.

DWP had originally said that about 70,000 disabled people were likely to have been affected by the underpayments.

Previous estimates suggested DWP would have to pay back about £500 million, but this week’s report says the final sum is likely to be about £970 million, with average payments of £5,000.

But future ESA payments at higher levels will push the total bill even higher for several years – by a total of about another £700 million, although this is just an estimate – until all claimants eventually move onto universal credit.

DWP expects to finish the process of reviewing the cases of claimants who could be entitled to a backdated payment by the end of next year.

It is just one in a series of major blunders by DWP senior civil servants relating to disability benefits, with the department now believed to be carrying out six separate trawls through its records to find disabled people unfairly deprived of benefits.