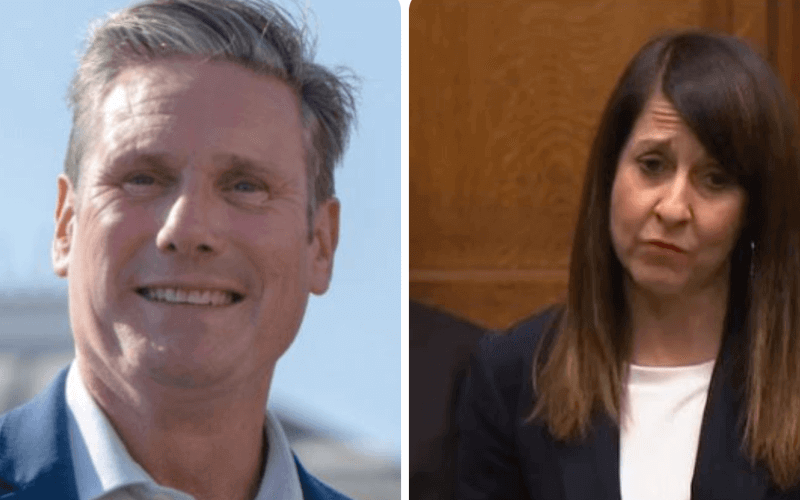 The Labour party has refused to explain why a major speech by its shadow social care minister ignored disabled-led proposals for fundamental reform – including free social care – that were backed by her own leader during his election campaign.

He told Disability News Service (DNS) in February 2020 that he backed a motion supporting NILSS which had been passed at Labour’s annual conference.

NILSS, which was drawn up by Disabled People Against Cuts (DPAC) and the Reclaiming Our Futures Alliance (ROFA), would provide a universal right to independent living that was “enshrined in law”, and would introduce free social care in England, funded by national and progressive taxation.

But despite Sir Keir’s support for NILSS in his campaign, there was no mention of the proposals in the first major speech on her portfolio by his shadow social care minister, Liz Kendall (pictured, above right).

Labour’s apparent back-tracking on Starmer’s support for NILSS comes amid mounting concern about the government’s plans for social care reform, with reports this week suggesting there will be no proposals included in next week’s Queen’s speech, with ministers apparently concerned about the cost*.

In her speech, Kendall made no reference to the idea of free social care, or proposals for a right to independent living enshrined in law.

Speaking at the spring conference of the Association of Directors of Adult Social Services – which Labour had described as her first major speech on social care since becoming shadow minister – Kendall spoke repeatedly about the need for higher wages for care workers and more support for family carers.

She did call for more “power and control” for service-users and families and spoke about the need for more support to enable people to live in their own homes for longer, rather than in residential care.

But Kendall focused through her speech on older people’s care, even though working-age adults account for more than half (PDF) of local authority spending on social care.

Some of the grassroots groups behind the NILSS proposals, including ROFA and DPAC, are set to meet Kendall later this month.

Asked why Kendall’s speech appeared to contradict her own party leader’s support for NILSS, Labour failed to respond to requests to comment this week, or say why Kendall made no mention in her speech of free social care or a right to independent living.

*The government originally promised that a social care green paper would be published by the end of 2017, and then July 2018, before delaying it to the autumn and then the end of 2018.

After missing the December 2018 deadline, it was delayed until “the earliest opportunity” in 2019, before health and social care secretary Matt Hancock told MPs it would be published by April 2019.

In July 2019, as he became prime minister, Boris Johnson announced in Downing Street that the government would “fix the crisis in social care once and for all with a clear plan we have prepared”.

But the party’s 2019 general election manifesto offered only future discussions with other parties to build a “cross-party consensus” on reform.