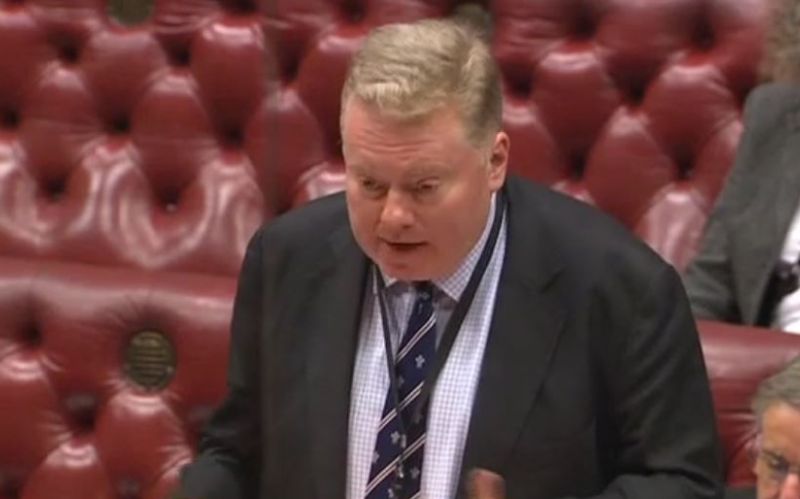 A disabled peer has attacked Labour’s “lazy indifference” to disability equality, after it failed to back moves that would have forced bars, shops and restaurants to ensure their premises obeyed laws on accessibility when renewing their alcohol licences.

Peers tried to introduce the measure as an amendment to the government’s policing and crime bill last week, but a vote on the amendment was narrowly defeated because Labour decided to abstain.

The amendment was proposed by Baroness Deech, who chaired the Equality Act 2010 and disability committee, which concluded in March that there were problems in “almost every part of society” with laws designed to address disability discrimination.

The disabled crossbench peer Baroness [Jane] Campbell, who sat on the committee, told Disability News Service (DNS) this week that she was “very angry” with Labour for abstaining on the vote.

The amendment – backed by the Equality and Human Rights Commission and the Access Association – would have added the need to secure access for disabled people to the duties of licensing authorities.

This would have meant that a pub, club, shop or restaurant that wanted a new licence or to renew their existing licence would have had to prove to their local authority that they had made reasonable efforts to make their premises accessible to disabled people.

If they failed to do so, the council would have been able to refuse to grant or extend their licence.

But when Baroness Deech spoke to a member of staff in the office of Labour’s chief whip on the morning of the debate, she was told that the party would abstain on a vote on her amendment.

She told DNS: “I was amazed, and queried this. He said it was because of ‘strategy’ – they had to decide which issues to defeat the government on, and this was not one of them.

“So their real reason was ‘strategic’, regardless of the strength of the case, even though the topic was such that one would naturally expect Labour to be supportive.”

Labour peers had voted to defeat the government on another part of the bill less than two hours earlier, so there would have been no problem arranging the necessary peers to be in the Lords for the vote, she said.

She added: “I am shocked and disappointed. Some of their members rebelled; a few more and we would have been home and dry.”

A Labour Lords spokesman claimed that Baroness Deech had approached the whips office “very late in the day” to ask for backing for the amendment, while there had been suggestions during the day that there might be a significant government concession.

He added: “Our understanding was that this [amendment] would not lead to major change.”

But both Baroness Deech and Baroness Campbell dismissed these claims.

Baroness Campbell said that a Labour peer, Baroness Pitkeathley, who also sat on the Equality Act and disability committee, “was up to speed on this amendment and would have briefed Labour on the importance of the vote”.

She said there had been “a full debate on a very similar amendment” at the bill’s committee stage, and the amendment had subsequently been altered to “make it less costly and burdensome on the licensee”.

And she said that Labour had taken part in a debate on the Deech committee report, which included a recommendation to amend licensing laws to “make a failure to comply with the Equality Act 2010 a ground for refusing a licence”.

She said: “For these reasons, I am very angry with Labour for abstaining.

“My annoyance stems from what I see to be a lazy indifference and lack of attention to the hard work of all sides of the House of Lords, to find ways to progress disability equality through licensing, within the constraints of our economic situation.

“This was a perfect opportunity to do something practical and low-cost which would make an enormous difference.

“How could Labour abstain on such a positive amendment?”

Baroness Deech told fellow peers last week – Baroness Campbell had been unable to attend the debate because of ill-health – that businesses were not being asked to do anything extra through the amendment, “but simply to put their minds to accessibility”.

Such a measure would help the UK to meet its duties under article nine (on accessibility) of the UN Convention on the Rights of Persons with Disabilities, and would “shift the burden off the shoulders of disabled people to the local authorities”, she said.

The disabled Liberal Democrat peer Baroness [Celia] Thomas said: “Our lives are hard enough now without having to enforce the law too.

“This is a golden opportunity to do what many organisations think should have happened years ago – to have licensing officers who are able to take action beyond [just] writing a licensee a letter or having a word in their ear.”

The disabled crossbench peer Lord [Colin] Low also backed the amendment, because he said the Equality Act duty was “widely disregarded, placing the onus on the individual to enforce the duty, when enforcement is extremely difficult for the individual on account of its cost and complexity”.

The government refused to back the amendment, with Home Office minister Baroness Williams warning that the cost of enforcing it would fall on businesses through increased licensing fees, and that it was “seeking to skew the regulatory regime… and use it for a purpose for which it was never intended” and “potentially puts us on to a slippery slope”.

Lord Kennedy (pictured), Labour’s spokesman in the Lords on housing, communities and local government, as well as home affairs, failed to support the amendment.

Instead, he suggested that the minister might argue that “there are general duties under the Equality Act 2010 in force already and that adding a specific amendment does not add anything to the statutory requirements already in force”.

Peers who spoke in favour of the amendment included the disabled Tory peer Lord Shinkwin, who served on the National Disability Council that advised the Conservative government on the implementation of the 1995 Disability Discrimination Act (DDA).

He told fellow peers: “I have to say that 21 years on from the DDA, I am suffering not from my disability but from a sense of déjà vu.

“The regrettable fact is that the passage of time has not been matched by the passage of progress. The passing of this amendment would help to put that right.”

He said: “I know from personal experience that the system is broken because far too many disabled people are still trying unsuccessfully to access many licensed premises.”

And he added: “Accepting this amendment would enable the government to prove to disabled people that they mean what they say when they commit to building a country that works for everyone.”

Labour’s failure to support the measure led to the amendment being defeated by 177 votes to 135, with only 16 Labour peers rebelling against the whip and voting in favour.