You are here: Home / Activism and Campaigning / Law change will allow Deaf jurors… after two decades of campaigning 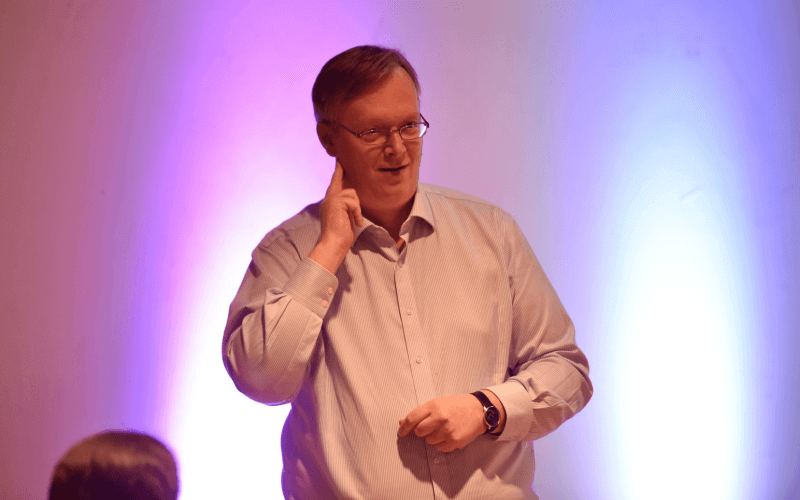 A leading Deaf campaigner has welcomed the government’s “long, long overdue” announcement that it will finally change the law to allow Deaf people who use British Sign Language (BSL) to serve on juries.

David Buxton (pictured) has spent a decade campaigning and lobbying ministers and other parliamentarians to persuade them to change the law.

Now the Ministry of Justice and the Home Office have announced that their new police, crime, sentencing and courts bill includes measures that will allow profoundly deaf people to sit on juries in England and Wales for the first time.

The measure is part of a bill that ministers say will “crack down on crime” and “keep our streets safe”, and which includes controversial measures on the right to protest, but which also includes measures they say will produce a “smarter, fairer justice system”.

One of those measures is to allow BSL-users to serve as jurors, after more than two decades of campaigning by Deaf people.

Common law rules currently ban the presence of a “stranger” in the jury deliberation room, but this will now be changed, with the bill introducing measures that will allow a BSL interpreter into the room.

Under the changes, interpreters will have to sign a confidentiality agreement that states their obligation to remain impartial and not pass on any discussions that take place in the jury room.

The Ministry of Justice said the change would open up jury service to more than 80,000 BSL-users across England and Wales.

He said he was “very pleased” that the government was finally acting.

He was part of a Ministry of Justice working group that discussed the issue during the 2010 coalition government, which led to a promise to review the legislation after the 2015 election.

But no action had been taken by 2017, when Buxton himself was called up for jury service.

When he attended the court and said that he was Deaf and would be able to take part using a BSL interpreter, he was informed that he was not required.

He later launched a claim against the government for a judicial review of the ban, but he agreed to his legal action being put on hold after the Ministry of Justice said it would look into the matter further.

By the following year, no progress had been made, so he began lobbying parliamentarians and the government.

Jeff McWhinney, his predecessor as BDA chief executive, had himself been told by a crown court judge in 1999 that he could not serve as a juror because the law prevented him bringing an interpreter – a “13th person” – into the jury room.

The Labour government also said it was considering a change in the law at the time.

Buxton said this week: “It’s now 2021, and finally, a new day dawns with this change to common law enabling Deaf sign language users to be part of the justice system.

“This is long, long overdue but very welcome.”

He praised those who had supported the campaign, including his solicitor Louise Whitfield, as well as Professor Jemma Napier, Matthew Banks and Linda Richards, and he also thanked justice secretary Robert Buckland.

But he stressed that the legal change was only “one more small step towards our goal of a British Sign Language Act in order to achieve true access and equality”.

Buckland said: “Disability should not be a barrier to people carrying out this most important civic duty.

“I am delighted we can open up jury service to many thousands more people and ensure our justice system becomes as accessible and inclusive as possible.”