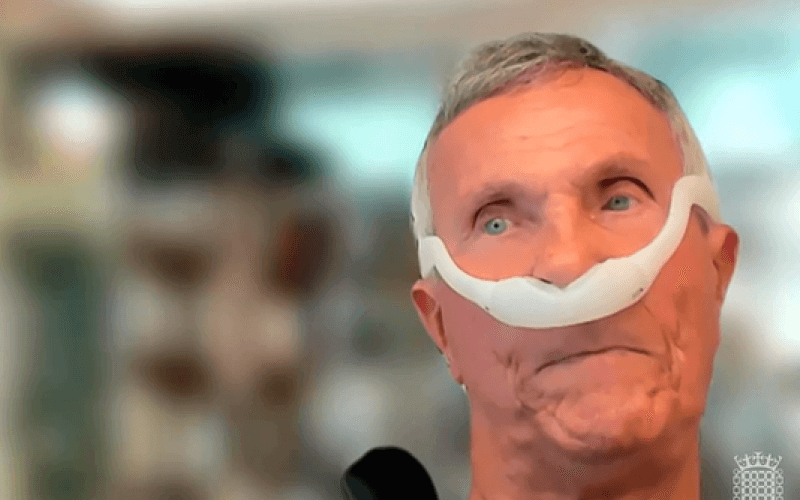 One of the most influential figures in the European independent living movement has told peers how the use of personal assistants has given him “a life, a job” and the ability to contribute to society.

Dr Adolf Ratzka was giving evidence to a House of Lords committee which is carrying out an inquiry into adult social care in England.

Ratzka (pictured), who became disabled at 17 and is now 78, said that community-based services were a “paternalistic approach”, did not provide enough hours of support, and only provided the necessities.

He said: “You are under house arrest, literally, because if you need more extensive services throughout the day you won’t get enough hours, so you have to stay home.

“Traditionally, these services are not allowed to follow you out into the community, you’re stuck at home.”

The alternatives to using personal assistants to provide support, he said, were relying on parents, traditional community-based services or institutions, none of which “give us the ability to get equal opportunities”.

He said none of these alternatives comply with the right to live independently under article 19 of the UN Convention on the Rights of Persons with Disabilities.

He told the committee that personal assistance – and mechanical breathing aids and an electric wheelchair – had allowed him to work and study, moving from Germany to the US, where he completed his PhD, and then to Sweden to work as a researcher.

He said: “It has given me a life, a job, it has given me the ability to contribute to society. That’s what we are looking for in personal assistance. It’s a tool.”

He said his use of personal assistants also meant that his wife “is not working for me” and they can live “two independent lives”, just as other couples do, “where each of us could fulfil and pursue their own careers, and that’s what we have been doing”.

Ratzka also stressed the importance of covering 100 per cent of the costs of employing personal assistants through using direct payments, ensuring that those direct payments meet the PAs’ wages, as well as other costs such as training, social insurance, payroll costs, travel, and the PAs’ hotel costs when travelling.

And he told the committee of the importance of support from other disabled people and disabled-led organisations.

He said: “The other thing we need is encouragement and support from peers to help people with disabilities to discover the service, to free themselves, their family members, or to get out of institutions.”

The use of personal assistants in Sweden started through peer support, Ratzka said.

He said: “I had personal assistants in the US, as a student in the university, and then I got to Sweden and saw how miserable lives my fellow disabled friends who needed services had.

“I realised that that money that local government was spending on their services could be much better used if we could control it ourselves.”

They formed a co-operative, which became a pressure group, and began to work out how personal assistance would be arranged and how much it would cost.

He said: “The whole thing was not from up to down, it was from down to up.

“It was a true grassroots movement, and all was based on the peer model.”