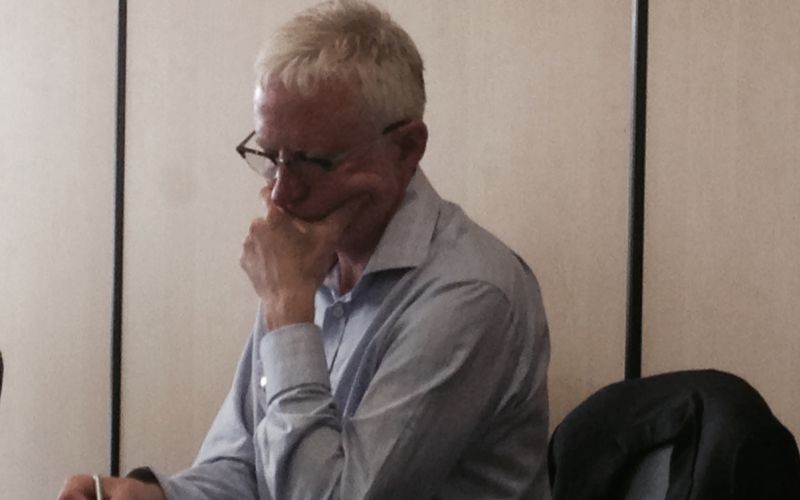 A former care minister has suggested that the Liberal Democrats might be in favour of reopening the Independent Living Fund (ILF).

Norman Lamb (pictured), who was care minister in the coalition for nearly three years, told Disability News Service (DNS) that it was “intolerable” that former ILF-users were now facing cuts to their support packages, after the fund’s closure on 30 June.

And he called on the government to act, potentially by reopening the fund.

He spoke out after hearing from DNS how disabled campaigners were warning that “dangerous” cuts to support were now exposing government promises that former ILF-users would not lose out from its closure.

ILF was run by the Department for Work and Pensions (DWP) and when it closed on 30 June was helping nearly 17,000 disabled people with the highest support needs to live independently.

But the coalition government decided that it should be scrapped, promising instead that nine months’ worth of non-ring-fenced funding would be transferred through the Department for Communities and Local Government (DCLG) to councils in England, and to devolved governments in Wales and Scotland.

The transition process has been hit by reports of delays in reassessments for former ILF-users and cuts to their care packages, and government pre-closure statements and pledges appear to be falling apart.

Lamb was speaking to DNS two days after delivering a well-received speech to his party’s annual conference in Bournemouth, which highlighted the need to address a possible £5 billion funding shortfall in social care by 2020.

He told DNS that the ILF principle was “one that I strongly support”, as it “enables people to determine their own priorities”.

Lamb said he was concerned not only about former ILF-users, but also about many other disabled people who faced the “full, emerging, developing crisis in social care”.

He said: “I think the government needs to recognise what is actually happening… look closely at the evidence and act on it.

“What would be intolerable is if people with complex disabilities were not getting the care packages that they need to enable them to lead the best life possible in those circumstances.”

He added: “The consequences of the funding squeeze that we now face are potentially disastrous.”

He pointed out that ILF had been funded by DWP and that it was a DWP decision to close it, with the first steps taken by the Conservative minister for disabled people Maria Miller in December 2010.

Lamb said: “They need to reflect on what’s happened. They need to recognise the evidence of what is actually happening and rethink this.

“Because of the general squeeze on budgets, [it appears] they are not being protected… so they need to go back to the drawing board and recognise actually that this approach of giving money to people with highly complex disabilities to enable them to choose their priorities and dictate how the money is spent is a good one and they ought to be prepared to revisit in the light of the evidence.”

Asked whether the cuts to support for former ILF-users should have been predicted by coalition ministers, he said: “I am prepared to accept that, but they should act on this now that the evidence is emerging of what is happening.”

He said he had an “open mind” on whether ILF should be reopened, but he said it was “intolerable” if former ILF-users were losing out because they had been “subsumed” within a larger local authority system that itself was facing extreme funding pressures.

He said: “It needs to be addressed by government, either by reopening the fund, or by coming up with some other solution to ensure that people with complex disabilities get the support that they need.”

He added: “The bottom line in all of this is how much as a society we are prepared to pay to support people with complex needs that go beyond medical need. That’s the very thing I have been trying to highlight this week.”

Lamb said that the idea of splitting responsibility for disability between three departments – DWP, the Department of Health and DCLG – was “not particularly rational”.

He said: “I am open-minded about the mechanisms you use and I think there is lots of scope for rationalising it and simplifying who is responsible within government for supporting these people.

“But the bottom line is in my view as a civilised society we need to be prepared to come up with enough money to support people with complex needs properly to enable them to live a decent life.”

Lamb told delegates earlier in the week that he was “starting a national conversation” about the “emerging crisis” in funding of both health and social care.

And he said he was interested in the idea of a clearly-identified contribution to NHS and social care to be included on people’s pay-slips, as well as a right for local areas to raise additional funds for the NHS and social care if they chose to do so.

Lamb pointed in his speech to his party’s many achievements on mental health in the coalition, including halving the number of people in mental health crisis who end up in police cells; drawing up the first national standards for mental health crisis care; initiating a service to divert people with mental ill-health, learning difficulties or autism away from prison; setting a “zero suicide ambition” for the NHS; and trebling the number of people accessing psychological therapies.

He told delegates: “Our mission must be very simple: equality. Nothing more, nothing less. We must end the historic injustice suffered by those with mental ill-health.”