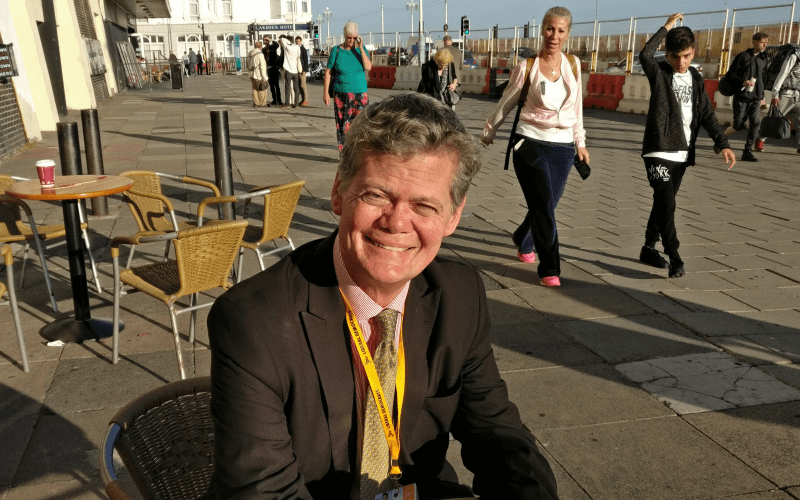 The impact of the “migration” of hundreds of thousands of disabled people onto universal credit from next year could prove disastrous because of the “hoops” the government will force claimants to leap through, according to a disabled MP.

Stephen Lloyd, work and pensions spokesman for the Liberal Democrats, said the migration process was set to be “a disaster” for those disabled people currently claiming employment and support allowance (ESA), including many people with learning difficulties and mental health conditions.

The Department for Work and Pensions (DWP) is set to start testing the process of moving hundreds of thousands of existing ESA claimants – its estimates suggest it will eventually need to “migrate” 750,000 – onto universal credit from January, and intends to “increase volumes” by July and complete the process in 2023.

ESA claimants will be among those receiving a letter telling them that their existing benefits are about to stop and that they will need to make a new claim for universal credit.

They will have to fill out an online application, and then make at least one and possibly two, or even three, visits to their local job centre in the space of just one month, to validate their claim.

If they fail to do this, said Lloyd (pictured) – who was speaking to Disability News Service at his party’s annual conference in Brighton – they will get “kicked out” and be left with no benefits, as their ESA claim will have ended.

A DWP memo, produced in June, said the department would give claimants at least one month to make their claim, although there will be “flexibility for this period to be extended” to up to three months.

But Lloyd said: “What on earth is going to happen? You have got to do all this in a month, otherwise you’re going to be kicked off. That’s going to be catastrophic.

“We have got to stop this, it’s ridiculous. It’s not going to work.”

He has written to work and pensions secretary Esther McVey to seek clarification on what claimants will be asked to do.

Lloyd said: “I have to get the minister to understand you have to give them more time, otherwise there is going to be a car crash.”

His hope is that pressure on McVey through parliamentary questions and an early day motion will force her to back down and ease the conditions imposed on claimants before regulations are laid before parliament in October.

Concerns about the migration have also been raised by the mental health charity Mind, which said: “Many people experiencing mental health problems have told us they are extremely worried about what these proposals will mean for them.

“As people begin to move over to universal credit, we are concerned people will fall through the cracks, and see their benefits stopped entirely.

“It’s appalling to place all the responsibility on unwell people to reapply for a new benefit and risk losing their income in the process.

“The government should change their plans so that no-one faces having their benefits stopped before they move to universal credit.”

A DWP spokeswoman said: “We are working closely with stakeholders and other parties to design the best possible process for the migration of our customers to universal credit.

“Our focus will be on safeguarding claimants and ensuring a smooth transition with uninterrupted support.

“Based on early planning there is no evidence to indicate that claimants would need to come into the jobcentre so frequently and therefore we do not recognise this claim.

“We plan to have a comprehensive and well-supported preparation period for claimants which will include a variety of communication formats, including face-to-face, internet and postal notification, to ensure claimants are aware of the managed migration process.

“There is flexibility to extend that period if necessary; and a process to ensure that, before the existing benefits are stopped, our staff will check for evidence of complex needs or vulnerability or disability and act accordingly to support the claimant.

“Additionally, if a claimant misses their deadline to claim there are provisions in the draft regulations that will allow DWP to back-date their claim.”

Lloyd said he has already tried locally to ensure that the impact of universal credit and other welfare reforms would not be as serious as it has been in other constituencies.

He brought food banks, housing association representatives, Citizen’s Advice and his own staff together in advance of the rollout of universal credit in his Eastbourne constituency last October, which he said helped ensure there was much less of a spike in the use of food banks in the town than in other similar constituencies.

Lloyd also believes that he is the only MP in the country who allocates a member of staff to attend regular benefit appeal tribunals on behalf of constituents.

So far this year, the staff member has attended about 70 tribunals (with a success rate of about 70 per cent).

During Lloyd’s previous stint as an MP, between 2010 and 2015, the same member of staff attended about 150 tribunals in four years.

He said: “As far as I know, no other MP’s office in the country sends one of their staff [so] regularly to tribunals.

“I basically lose him for three-quarters of a day a week, but it is the right thing to do.”

Meanwhile, tributes have been paid to the co-chair of the Liberal Democrat Disability Association (LDDA), Robert Adamson, who died just days before the conference began.

Born in Doncaster, and a retired civil servant, he was a former parliamentary candidate for the party and also stood in European and local elections, and was a former chair of the party’s Yorkshire and Humber region.

Baroness [Sal] Brinton, the party’s president, told the conference: “Robert never let his very disabling condition get in the way of campaigning locally and nationally.”

And Gemma Roulston, previously LDDA co-chair and now the association’s chair, said: “He wanted to improve the lives of people with or without disabilities, and anyone who was impacted by disability.

“He was always there for you, and was a good person to go to for advice and support.

“Conference hasn’t felt the same without him. He made a difference to people.”