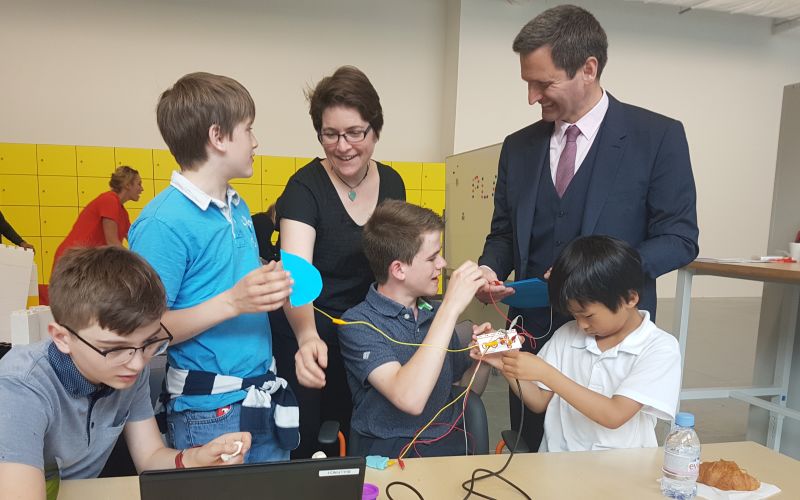 A new research centre that plans to create a centre for “disability expertise” on the Olympic Park – as part of the London 2012 Paralympics legacy – has faced questions about its commitment to collaborating with local disabled people’s organisations (DPOs).

The Global Disability Innovation Hub (GDIH) wants to spread innovative ideas across inclusive design, assistive technology, sport, arts and inclusive development and use the new centre as a “springboard for change” to improve the lives of disabled people in the UK and internationally.

GDIH says it wants to ensure that disabled people are involved in the leadership of all of its programmes and to “promote that ethos and that way of working” internationally.

Its aim, it says, is to “change the way we think about disability through co-design, collaboration, and innovation”, and to become “the leading place to come to research, study, practice and share disability innovations”.

This week, the hub’s director, Vicki Austin, told Disability News Service (DNS) that she wanted GDIH to develop into a global centre for “disability expertise”, drawing on local communities, DPOs and disabled people.

The hub launched last September, but only appointed its 15-strong board of directors – two-thirds of whom are disabled people – last week.

It is moving its current base to University College London’s (UCL) new campus on the Olympic Park in east London.

But despite its commitment to ensuring that disabled people lead its programmes, there are questions over its apparent failure to work with local disabled people and DPOs.

When asked which DPOs it had worked with since its launch, Austin mentioned Together! 2012, which is led by the disabled artist and author Dr Ju Gosling, and has been working since the Paralympics to make the main London 2012 host borough of Newham into an international centre of excellence for disability arts.

Together! 2012 is the most prominent DPO in the borough, and the only cultural organisation in east London to have been developed in response to the Paralympic legacy, while Gosling herself has an international reputation as a disabled artist, based in Newham, and is a leader on work looking at the relationship between disabled people and technology.

But Gosling disputed Austin’s claims that the hub had been working with Together!, and said she had in fact been frustrated by her attempts to set up a meeting with GDIH, and had been trying to do so since January, in a series of emails seen by DNS.

Her last emailed attempt to set up a meeting was on 16 May, which has still not received a reply from GDIH.

“I find it discourteous and disrespectful and very disappointing. They clearly don’t know what co-production means.”

A spokeswoman for the hub did not dispute the six-month delay in arranging a meeting, although she claimed that Austin had had “discussions” with Gosling as the hub was being developed.

Austin said that GDIH had also been working closely with members of the Olympic Park’s built environment access panel (BEAP), and that it had been using them “as our initial sounding board”, as an interim arrangement before its board was appointed.

One meeting was apparently held in the hub’s current home on the Olympic Park, so panel members could meet the team, while the panel’s chair, Peter Lainson, is a member of the hub’s working group, and two of his fellow disabled panel members have now been appointed to the GDIH board.

But DNS has spoken to one member of the panel who said they were surprised to hear that GDIH was claiming such a close connection with BEAP, and believed the panel had not been involved with the hub in any significant way.

The hub emerged from work at UCL and has some post-London 2012 funding from the London Legacy Development Corporation, although that is due to run out next year.

None of GDIH’s other founding partners – the charity Leonard Cheshire Disability, the University of the Arts London’s London College of Fashion, Loughborough University in London, Saddler’s Wells Theatre, the Helen Hamlyn Centre for Design, and London’s Victoria and Albert Museum – are user-led organisations.

The GDIH board will be led by the disabled Conservative peer Lord [Chris] Holmes, former disability commissioner for the Equality and Human Rights Commission, and London 2012’s director of Paralympic integration.

He said he was “delighted” to be “part of a project with such potential to transform lives”.

He said: “I have personally benefited from assistive technology and believe truly inclusive design not only removes barriers to disabled people but also, essentially, benefits everyone by leading to ground-breaking technological solutions or applications and truly excellent design.”

Early GDIH projects include working with an “innovation lab” set up by a disabled people’s organisation in India and the International Committee of the Red Cross to develop new products to help disabled people, particularly in the global south.

The hub is also involved in the development of a masters programme in disability design and innovation, which will begin in September 2018.

Another project is the development of a digital/audio “wayfinding” tool that would help blind and partially-sighted visitors find their way around the Olympic Park.

Austin said a crucial part of its approach was to ensure that disabled people were involved in leading its programmes.

She said: “If there is an opportunity to amplify that message, and also the talents of those people, then that is what we intend and want to do.

“We are particularly interested in harnessing the power of technology as it develops and a lot of that technology is being developed in institutions by non-disabled people.

Next month, the hub will host a disability innovation summit, running alongside the 2017 World Para-Athletics Championships, to “explore research and ideas, looking at innovation in tech, design, development, culture and art”.

Picture: Lord Holmes at London Tech Week, after the announcement that he would be chairing GDIH 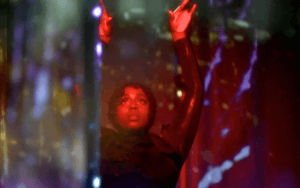 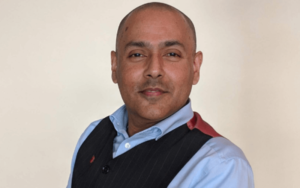