You are here: Home / Arts, Culture and Sport / Disabled-led arts organisations welcome funding, but Arts Council admits it must do more 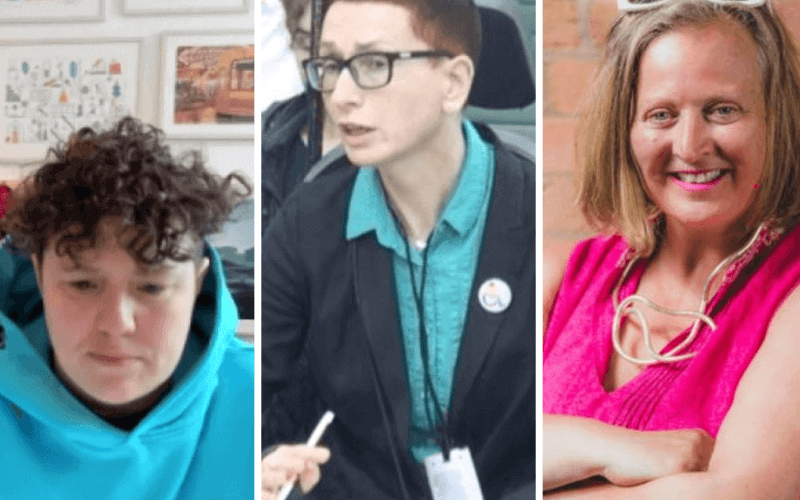 Disabled-led arts organisations have welcomed millions of pounds in annual funding awarded by the Arts Council, although new figures suggest that progress in expanding investment may have stalled.

Arts Council England (ACE) has awarded funding to 32 disabled-led organisations, with the total funding awarded just two per cent of the total allocated through the 2023-26 Investment Programme.

It’s not clear whether this is an increase on the last set of awards, which were announced in 2017 to cover four years of funding and then extended for a year because of the pandemic.

The number of black, Asian and ethnically diverse-led organisations awarded funding has risen from 53 to 148, when compared with 2017, and now makes up 8.4 per cent of the total investment over the next three years, compared with two per cent for disabled-led arts organisations.

In all, ACE awarded funding to 990 organisations.

In 2014, after a fall of 30 per cent in the number of disabled-led arts organisations funded through the national portfolio programme, and a fall of nearly 15 per cent in their annual funding, ACE pledged to take action.

“We recognise that while progress has been made, an increase in leadership roles for example, there is more we can do over the coming years.

“We hope to publish an equality action plan in the coming year setting out some of what we will do in response to key issues identified, including the continued under-representation of disabled people.”

Graeae was among those disabled-led arts organisations celebrating their own success but also expressing empathy for those that lost out.

Jenny Sealey, who this year celebrates 25 years as Graeae’s chief executive and artistic director, said: “Graeae is unbelievably happy that we can continue nurturing the skills and creativity and provide artistic platforms for an ever-growing cohort of Deaf, disabled and neurodivergent artists.”

But she added: “We are mindful that not everyone has had good news, so it is bittersweet.”

Disability Arts Online (DAO), which like Graeae receives a significant increase in funding – from about £100,000 a year to nearly £150,000 – said: “We are delighted that this critical funding will enable us to continue nurturing our thriving community, alongside delivering impactful talent and sector development work, underpinned by exceptional creative content.

“The DAO team were particularly humbled by the fact that our hard work over our first five years as an NPO* has been recognised through a successful additional request for funds.

“These will specifically support an ambitious digital exhibition programme led by a disabled curator employed within our team.

“We recognise that today hasn’t brought good news for every organisation applying and that some sector colleagues are now having to consider what this means for their future.

“We will continue to strongly advocate for a fully representative arts sector that values diverse and intersectional voices.”

Dr Ju Gosling, artistic director of Together! 2012, which saw its award increase from about £60,000 to more than £105,000 a year, said she was delighted to be funded again, following the decision – due to the pandemic – to transition to becoming an online-only organisation.

Together! 2012 will receive an increase in funding that will allow it to employ an apprentice and a trainee artistic director.

But she said that, as a relatively new London-based disabled people’s organisation, Together! 2012 had been disadvantaged in comparison with longer-established London-based arts organisations and those outside the capital, even though it is based in Newham, in east London, which has the lowest level of cultural engagement in the UK.

She said: “In terms of the figures overall, disabled people make up 20 per cent of the population, and accessible booking systems, venues and performances are still very much in the minority.

“So we are still significantly disadvantaged in terms of public arts funding as a result of these decisions.”

Together! 2012 is due this evening (Thursday) to accept an East London Community Heroes Award for the year’s “outstanding initiative in art and culture”. Its free annual Disability History Month festival runs from 22 November to 8 December.

“We’re really pleased that many other fantastic disabled-led companies were successful too, particularly during such a turbulent and unpredictable time politically, socially and economically.

“We’re keen to continue working with ACE to ensure that disability culture and leadership is nurtured and expanded across the country.” 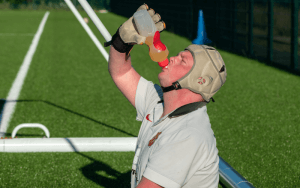