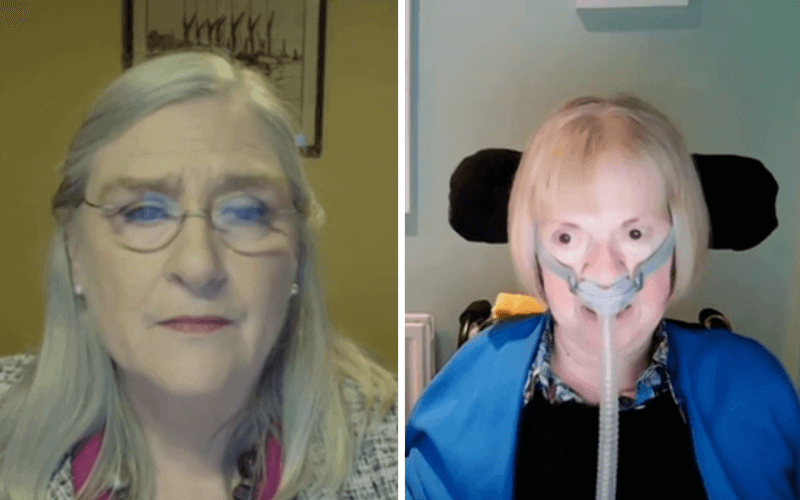 A disabled peer has called on disabled people and their organisations to pressure MPs to back proposals on social care charging that could make a real difference to the life chances of younger people who rely on care and support.

Baroness [Jane] Campbell spoke out after a series of votes in the House of Lords on Monday – mostly thanks to opposition and crossbench peers – made significant changes to the government’s health and care bill.

The most important was the vote to remove a key part of the bill – clause 155 – that would have implemented the government’s controversial and much-criticised proposed cap on charges in England.

Those proposals – widely seen as regressive and unfair – would have introduced a lifetime cap of £86,000 on how much anyone paid for care, and would not have counted financial contributions made by local authorities to people’s care and support.

This combination would have meant that most disabled and older people who needed to be protected would not benefit, while those who were poorer would have faced the same care costs as the wealthiest.

Peers voted by 198 to 158 in favour of removing clause 155 from the bill, although this could still be overturned by MPs.

Baroness Campbell also attempted to secure support for an amendment that would have meant that no-one in England who entered the social care system with eligible care needs before the age of 40 would ever have to pay for their support.

She said: “It is necessary to treat some people differently in order to give them equal life chances – to work, to travel and to be free; in other words, to improve one’s lot.

“Social care is an investment; it makes economic sense for a thriving, healthy society.

“Keeping people in a state of dependency is infinitely more expensive than enabling them to live active, independent lives.”

Baroness Brinton, who supported the amendment, said it was a “deep injustice to those under 40 with personal care needs that they are treated the same [under the government’s plans] as those whose working years are behind them”.

The amendment – originally proposed by Baroness [Deborah] Bull, who was unwell this week – would have implemented a recommendation originally made by Andrew Dilnot, who chaired the commission on care funding which was set up by the coalition government and reported in 2011.

The junior health and social care minister Lord Kamall told peers that clause 155 “balances people’s personal responsibility for planning for their later years with a need to put in place a system to ensure that nobody faces unpredictable costs”.

He said that removing it, and instead allowing progress towards the cap to be based on both individual and council contributions to care costs, would be “unfair” and was “also considered unaffordable”.

He said that Baroness Campbell’s amendment would be “unfair” because of the “cliff edge” difference in the way people would be treated if they became eligible before the age of 40 and shortly afterwards.

Baroness Campbell did not ask fellow peers to vote on the under-40s amendment as she had calculated that there was not yet sufficient support among fellow peers.

The final day of the report stage will take place on Wednesday (16 March), before the bill returns to the House of Commons for MPs to consider amendments made in the Lords, including the removal of clause 155.

Baroness Campbell told Disability News Service that she hoped disabled people and disabled people’s organisations would now pressure MPs, and peers, to back the under-40s amendment, and ensure the government could not bring clause 155 back into the bill.

She said a key battle would be to persuade MPs in the next few weeks of the need for free social care for those who first acquire care and support needs before the age of 40.

She also praised the support she had received from Inclusion London in the lead-up to the debate, and she called for “loads of pressure” to be placed on Labour MPs and peers to back the under-40s proposal and show that they “believe in supporting the life chances of young working-age disabled people”.

Inclusion London has a template letter that disabled people and allies can send to their MPs to call on them for support on social care reform.

It also has a campaign page that features a series of people describing their experiences of care and support, as part of its #MakeCareFair campaign, and explaining why the government’s proposed reforms “will discriminate against Disabled people with the lowest income and wealth”.

Meanwhile, Baroness Campbell said she hopes to continue her push for change on independent living through her recent appointment to the Lords select committee on adult social care, which is carrying out an inquiry into adult social care.

She said: “While those with huge assets will be able to keep them, those without will continue giving up 40 per cent of their income from means-tested and disability benefits and pensions to pay for a vital support they need to live a normal life.

“Treating all social care users the same and expecting them all to pay the same for their care is deeply unfair and unjust.

“This approach will cap aspirations of young disabled people to work, save and build their lives on one hand and on the other will trap many social care users who are unable to work and are paying for care out of benefits in poverty, forcing them to choose between heating and eating.

“We will all pay for this reform through an increase in national insurance. Surely we need to make sure reforms support those most in need.”

She added: “We urge all political parties to force the government to rethink this reform.

“We believe good social care support is vital to enable us to live a normal life.

“In the long term we believe social care must be free; in the short term the reforms should ensure those with the lowest incomes and assets are not trapped in poverty because of using social care.”