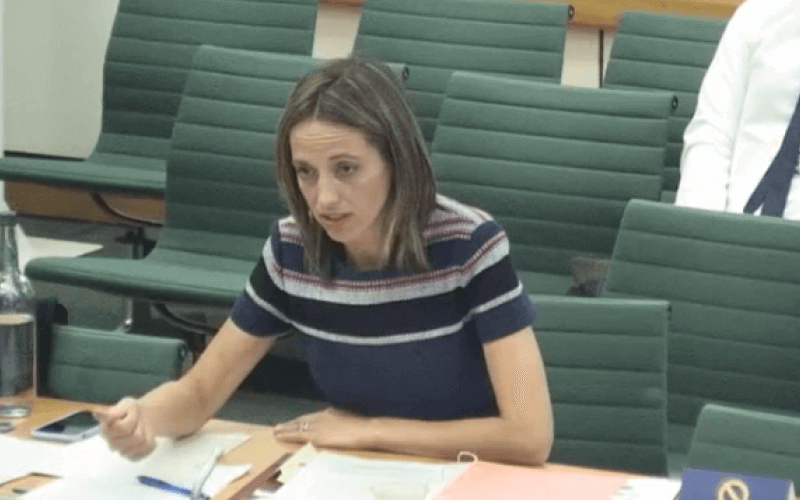 A health minister has been asked why her department took five months to produce guidance that aims to protect disabled people in supported living services during the COVID-19 pandemic.

Helen Whately, the social care minister, was challenged over why her department did not produce COVID-19 guidance for providers of supported living services until 6 August.

The government guidance aims to ensure that procedures can be put in place “to minimise risk and provide the best possible support to people in supported living settings” during the pandemic.

But Labour’s Kate Osborne asked Whately this week: “How can you justify taking so long to publish this crucial guidance?”

Whately (pictured), who was giving evidence to the Commons women and equalities committee, told Osborne: “I would have liked… that guidance to have gone out earlier.”

But she said that pulling the guidance together had been “a substantial piece of work”.

She said that “stakeholders… very much wanted to be involved in the production of [the] guidance in a co-production model, so rather than having guidance rushed out that then wasn’t as helpful as it might be, we worked very much with the stakeholders to try and produce a really good quality guidance.”

Whately said the pandemic was “placing completely new demands on a government department” and that putting out “this scale of complexity of guidance” had required “a huge amount of resource” to be “redirected” into “the social care part” of the Department of Health and Social Care.

She added: “In the face of criticisms that everything should have been faster and sooner, those involved in this and the civil servants worked incredibly hard to produce robust, helpful guidance as quickly as possible.”

But Osborne said: “I certainly wouldn’t doubt that the civil servants, etc, worked extremely hard and you wouldn’t want it to be rushed out but I don’t think that the sixth of August could be classed as rushing it, that’s for sure.”

Six weeks ago, Disability News Service published research which showed that the government had breached the rights of disabled people in at least 17 different ways during the coronavirus pandemic.

This included only publishing guidance to help people on direct payments more than five weeks after it had published guidance for the wider social care sector; delaying testing social care staff, which led to thousands of disabled and older residents of care homes becoming infected with COVID-19 and losing their lives; and discharging hospital patients into care homes without being tested for COVID-19, again causing the loss of thousands of lives.

Osborne asked Whately why the government’s response to the impact of the pandemic on social care “seemed to come relatively late”.

Osborne said that all social care workers had only been eligible for testing for the virus from 28 April and that guidance on the use of personal protective equipment had “seemed to be ever-changing”.

She also pointed out that the government’s social care action plan was not published until 15 April, “a month after the start of the crisis”.

She asked Whately, as the responsible minister, whether she could understand why disabled people and the social care sector felt ignored at the start of the pandemic, and asked why the response had taken so long.

Whately claimed that the government’s response had begun in February and that the government had been “communicating regularly with the sector” from the start of the crisis, including setting up “stakeholder engagement groups” and working closely with local authorities and the Care Quality Commission.

She said the social care action plan had “brought together a lot of the actions which were already being taken” and that ministers had published it because they had been told it would be “helpful to have it all in one place”.