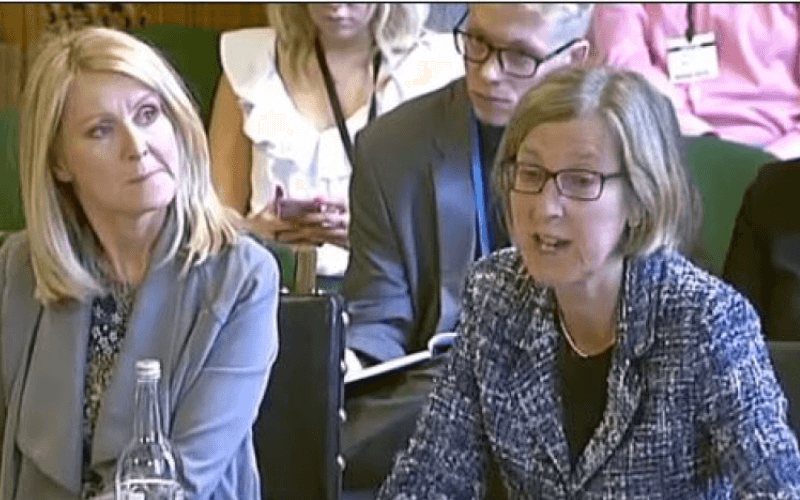 The minister for disabled people has denied lying to an influential committee of MPs about the government’s much-criticised disability employment scheme.

Sarah Newton’s claims about Disability Confident were exposed yesterday (Wednesday) just as her boss, work and pensions secretary Esther McVey, was herself fighting off a Commons motion that would have censured her for misleading MPs about the government’s new universal credit benefit system.

Newton had been asked to write to the Commons work and pensions select committee about Disability Confident, which was launched in the summer of 2013.

The committee’s chair, Labour MP Frank Field, had asked Newton for a breakdown of “employer sign-ups for every year since 2013”.

But Newton told Field in the letter that, before November 2016, Disability Confident had been merely a “DWP Communications campaign and as such did not have sign-ups”.

A speech by Iain Duncan Smith to the Tory party conference in October 2014 – when he was work and pensions secretary – proves that is not true.

In his speech, Duncan Smith bragged that “over 1,000 employers [have] signed up to our Disability Confident campaign to encourage companies to employ disabled people”.

The following year, following a series of freedom of information requests submitted by Disability News Service (DNS), the Department for Work and Pensions (DWP) eventually admitted that fewer than 400 employers had signed up, while only 68 were “active partners”.

The government relaunched Disability Confident in 2016 after it was repeatedly criticised for how few employers had signed up, and for its “patronising waffle”, which activists said ignored “institutionalised disability discrimination” at a time when ministers had been smearing disabled benefit claimants as “workshy”.

A spokeswoman for the work and pensions select committee declined to comment on Newton’s letter, after being approached by DNS yesterday, and even declined to explain why she would not comment.

A DWP spokeswoman denied this afternoon (Thursday) that Newton had lied.

She said: “We do not agree with this claim. The minister has not lied in her letter to the work and pensions select committee.

“When Disability Confident was launched in July 2013, it was a DWP communications campaign and there was no formal scheme.

But a DWP press release issued in July 2015 said the aim of Disability Confident was “to work with employers to remove barriers, increase understanding and ensure that disabled people have the opportunities to fulfil their potential in the workplace”, while it welcomed Marks and Spencer as “one of the latest major firms to join” Disability Confident and said that “376 UK employers now support the campaign”.

The latest description of the scheme is very similar, stating that Disability Confident “aims to help employers make the most of the opportunities provided by employing disabled people”.

There have been continuing concerns about Disability Confident since its relaunch.

Many critics have argued that it is easy for employers to sign up to the scheme and then continue to discriminate against disabled people, while Labour MP Neil Coyle asked Newton yesterday why employers were able to sign up to Disability Confident when they were not even employing a single disabled person (see separate story).

DWP itself was “validated” as a Disability Confident Leader in November 2016, just days before a report by the UN committee on the rights of persons with disabilities concluded that its ministers had “regularly portrayed” disabled people as “being dependent or making a living out of benefits, committing fraud as benefit claimants, being lazy and putting a burden on taxpayers”.

DWP’s Leader status also came despite a Civil Service survey in 2016 which had shown how more than 1,400 disabled DWP civil servants claimed they had faced discrimination in the workplace, an increase of nearly a quarter on the previous year.

And last month, DNS reported how a Disability Confident company owned by DWP subjected a disabled member of staff to repeated abuse from strangers after it refused for more than 15 months to make a simple alteration to his parking arrangements.

Meanwhile, Labour attempts to persuade MPs to censure McVey yesterday for her misleading response to a report on universal credit by the National Audit Office, and “sanction” her ministerial salary to zero for four weeks as a punishment, was defeated by 37 votes in the House of Commons.

Picture: Newton (right) and McVey giving evidence to the work and pensions committee 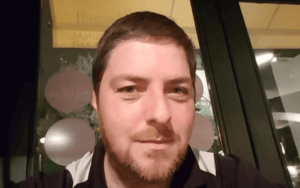