You are here: Home / Transport / Minister hints at further block to taxi access law, 20 years after MPs approved it 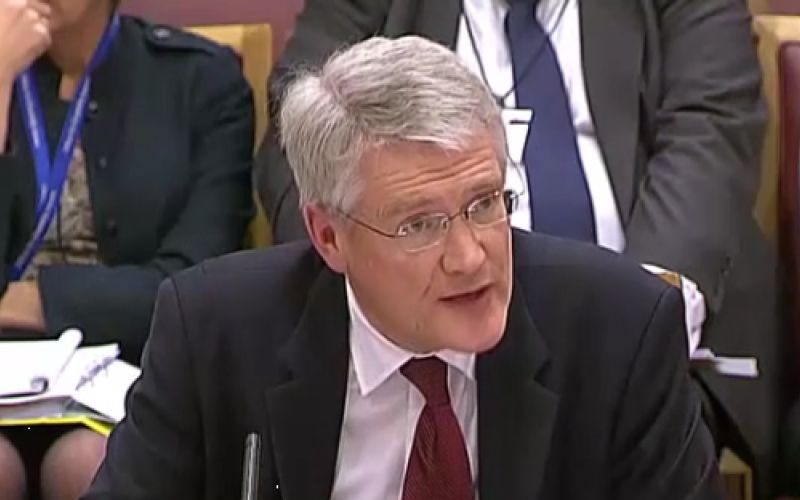 A government minister has told peers that it is “not necessary” for all taxis to be accessible to wheelchair-users.

Transport minister Andrew Jones said that such a policy would mean having to replace thousands of taxis across the country.

But members of the Equality Act 2010 and disability committee told the minister that powers to force all taxis to be wheelchair-accessible had been passed by parliament 20 years ago through the Disability Discrimination Act 1995 but had not been implemented by successive governments.

The Labour peer Lord Foster asked what evidence the government had for its claim that introducing these measures would be a “burden” on the industry, and how it balanced this against the burden caused to disabled people by an inaccessible taxi service.

Jones (pictured giving evidence to the committee) said that about 56 per cent of taxis in England and Wales were wheelchair-accessible, and so he was “not sure the problem actually exists”.

He said the burden on the industry would be the cost of replacing the 35,500 non-wheelchair-accessible taxis, when a new London taxi cost about £40,000.

But he pointed to another measure from the DDA 1995, which would force taxi-drivers to provide assistance to disabled people, and had also not been implemented.

He said he was “supportive” of this principle and that his department was hoping to make a decision on the measure “very shortly”.

But Lord Foster questioned his claim that the lack of accessible taxis was not a problem.

He said: “I am very surprised to hear that you don’t think the problem exists, because all the evidence we have had in front of our committee suggests that this is one of the biggest problems that disabled people have.”

And Baroness Deech, who chairs the committee, said: “It has been the will of parliament for 20 years that taxis be accessible. How many more decades is this going to take?”

When told that 100 per cent of London taxis were accessible, Jones admitted this meant that the proportion of accessible taxis was far lower in some parts of the country than 56 per cent, and in rural areas was just 13 per cent.

Baroness Deech said: “Unless you bring those regulations into force on a rolling basis, taxi-drivers will never get the cars that are big enough to take wheelchairs. The will of parliament should be carried out.”

Baroness Brinton, the disabled president of the Liberal Democrats, said a survey in Watford had shown that under 20 per cent of its taxis were accessible, and a very small percentage of those were wheelchair-accessible, with an even smaller percentage accessible to electric wheelchairs.

She asked if the government could make it compulsory for any wheelchair-accessible taxi to use one ramp, rather than two, as only those with one ramp were accessible to users of electric wheelchairs.

She said: “Many taxi-drivers hide behind the accessibility label and can’t deliver. It’s very easy to sort out, given the price of ramps these days.”

Jones said that was a “very fair point” and that he was “extremely happy to take that forward” with his department.