You are here: Home / Politics / Ministerial disability group met just three times… and then was scrapped 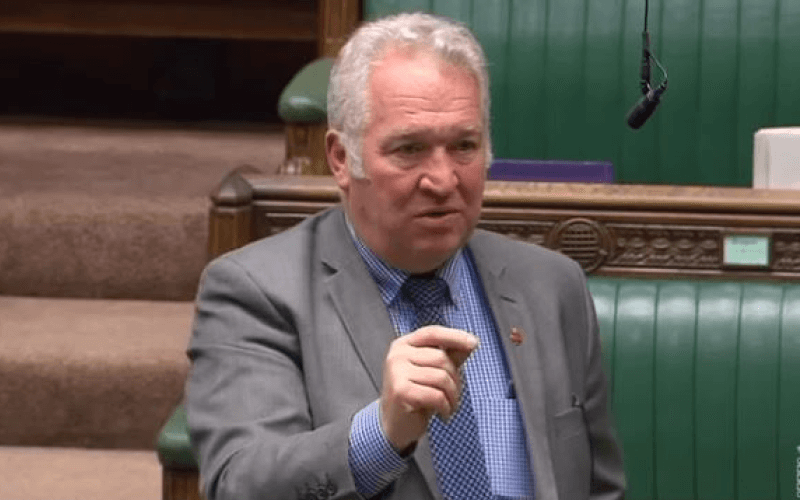 A cross-government group of ministers set up to “encourage and stimulate progress” towards the inclusion of disabled people in society met just three times before it was scrapped, the government has been forced to admit.

Information released by the Department for Work and Pensions (DWP) under the Freedom of Information Act shows that the government spent nearly four years without any cross-departmental group of ministers working to improve the lives of disabled people.

The information was finally released by DWP following a freedom of information request submitted by Disability News Service (DNS) in June 2018.

But it was only released four days before Christmas, after DNS had lodged a complaint with the Information Commissioner’s Office about DWP’s refusal to provide information about the inter-ministerial group.

Following the first meeting of the group of 13 ministers on 13 March 2014, the then minister for disabled people, Mike Penning (pictured), said that setting up the new body showed “how seriously this Government takes improving the lives of disabled people”.

The DWP response reveals that the cross-government group of coalition ministers also met in June (chaired by Penning) and September 2014 (chaired by the new minister for disabled people, Mark Harper) but then failed to meet again before the general election the following May.

Under the Conservative government elected in 2015, there was no attempt to resurrect the ministerial group on disability, and Theresa May’s new minority government then waited another year after the 2017 general election before setting up a replacement group of 10 ministers in May 2018.

Sarah Newton, the new minister for disabled people, announced in May that she was “really pleased” to announce that the government had created a “new” inter-ministerial working group that she said would “bring the full force of the Government behind ensuring that every disabled person in our country has the ability to reach their full potential”.

This decision came eight months after the UN’s committee on the rights of persons with disabilities told the UK government to make more than 80 improvements to the ways its laws and policies affect disabled people’s human rights, and concluded that its cuts to social security and other support for disabled people had caused “a human catastrophe”.

DWP’s freedom of information response to DNS said the department had “reconsidered its position” and no longer wished to rely on an exemption in section 35 of the Freedom of Information Act, which covers communication between ministers and related information.

DWP said it had therefore decided to release the dates of the meetings of the inter-ministerial group (IMG) and the names of the ministers who attended.

But the response said the department held no recorded information that explained why it had decided to scrap the group, and it added: “It is a normal part of procedure for an IMG to be discontinued following a change in government.”

A DWP spokesperson refused to say by noon today (Thursday) why no meetings had been held after September 2014, why the 2015 government did not set up a similar group, and why the 2017 government took until May 2018 to set up an inter-ministerial group.

She also refused to say whether the information released showed a lack of interest in cross-government working on disability between September 2014 and May 2018, and whether the decision finally to set up another group was related to the UN committee’s report.

Instead, she issued a statement claiming that “empowering disabled people in all aspects of their lives has always been and will continue to be a priority for this Government”.

She said: “That is why the Office for Disability Issues continues to drive forward work across the whole of Government to increase disabled people’s participation in society, including through the Inter-Ministerial Group on Disability and Society, which is just one of the many ways in which we’re driving progress on the issues that matter to disabled people.”