You are here: Home / Transport / Motability ‘tit for tat’ row intensifies as bosses and minister give evidence 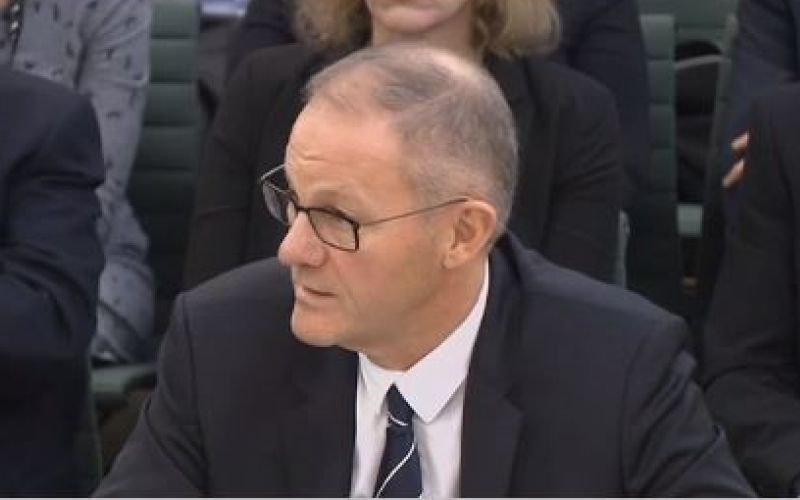 The public “tit for tat” row between the government and Motability has intensified after senior figures in the organisation and the minister for disabled people gave evidence to MPs.

The Treasury and work and pensions select committees are holding a joint inquiry following political and media criticism of how the car scheme for disabled people is run.

Following the evidence sessions on Monday, the committees have asked the National Audit Office (NAO) to investigate the scheme.

Sarah Newton, the minister for disabled people, suggested during one of the evidence sessions that letters she would release to the committee would show that Lord Sterling, the Tory peer who co-founded the scheme more than 40 years ago, was wrong to accuse work and pensions secretary Esther McVey of making a series of untrue and misleading statements about the scheme to MPs last month.

Lord Sterling – who also gave evidence to the committees on Monday – had said in his letter that McVey was wrong to claim that it had been her intervention as minister for disabled people in 2013 that led to Motability agreeing to pass £175 million to former disability living allowance (DLA) claimants who were going to lose their Motability vehicles in the programme to be reassessed for the new personal independence payment (PIP).

The committees also suggested that they might use their report to call on the government to allow rival organisations to set up as competitors to Motability, which they said might drive down the price paid by disabled people to lease vehicles through the scheme.

Newton said the level of pay and bonuses received by executives of Motability Operations (MO), which runs the scheme on behalf of the Motability charity*, was “quite shocking” and there were “serious questions” to be asked about its governance, including the level of its financial reserves.

She said ministers had repeatedly challenged MO about the level of reserves and remuneration and asked it to spend more “to the benefit of disabled people”.

But she said that no-one had raised any problems with her – since she became minister last year – about the service Motability provides to disabled people, and she believed it worked well for its customers.

Referring to Lord Sterling’s letter to McVey, Newton said it was “really sad to have this public tit for tat” and she promised to provide the committee with letters sent by ministers to Motability in 2012 and 2013.

She said: “I have read the correspondence and it sets beyond doubt that the department really pushed Motability to increase the amount of funding to support people through the transitional [DLA to PIP] arrangements.”

She added: “The letters speak for themselves.”

Newton said McVey had suggested that one of the outcomes of an NAO inquiry could be to examine if there should be more competition for Motability, if that was “to the benefit of disabled people”.

MPs on the two committees had earlier questioned senior figures from both MO and the charity that oversees the scheme, Motability.

Among the MPs asking questions was Labour’s John Mann, whose concerns about the scheme have helped raise the profile of issues around its governance, but who was himself criticised in Lord Sterling’s letter to McVey.

Mann suggested that Motability was “a very good scheme that has now become rather bloated” and that because running the Motability scheme was very low risk, MO did not need such high levels of reserves, currently at £2.4 billion.

Mike Betts, chief executive of MO, said his organisation did face significant risks, including the fact that a one per cent drop in the value of used cars can cost MO about £50 million.

Betts (pictured, giving evidence) defended the sums held in reserve, which he said helped keep down how much money it has to pay to borrow money to buy its new cars, and was invested in the cars used by its customers rather than in cash.

He said that MO also currently holds about £540 million in cash, but that the company needs this because it spends £300 million a month buying cars.

But Mann said that written advice he had received from the Financial Conduct Authority (FCA) stated that it would not expect an organisation like MO to keep £2.4 billion in reserves to cover risk**.

Lord Sterling, who chairs the Motability charity, insisted that disabled people “receive every spare penny”, but “only when we think it is safe to do so” and as a result of “the two boards [working] carefully together”.

Declan O’Mahony, director of the charity, said the two organisations “see this as a period of elevated risk” – because of uncertainties about future interest and exchange rates and levels of depreciation on diesel cars – and so it was “not a time when we see an opportunity to transfer further reserves immediately” from MO to the charity (and therefore to disabled customers).

The committee heard – as reported by Disability News Service last month – that the reassessment of Motability customers who had been receiving DLA for the new PIP had led to 75,000 disabled people losing their eligibility to stay on the scheme and having to return their vehicles, out of 175,000 who had been reassessed so far.

When asked whether MO should be making higher donations to the charity Motability, he said these payments would increase – now it had achieved a sufficient level of reserves – but it was too soon to say by how much because it would depend on the next year’s profits.

When Frank Field, chair of the work and pensions committee, asked why MO was not donating more to the Motability charity, Neil Johnson, MO’s chair, said: “We are very happy to make charitable donations, providing we can see the sustainability of the scheme,” but he said there were “some real concerns in the car market at the moment”.

But the former Tory MP Charlie Elphicke – currently an independent MP, after being suspended from the Conservative party because of an ongoing police inquiry – said he could not see why MO did not make an immediate donation of “£100 million-plus” to the charity.

The committees also discussed the large salary and bonuses that have been paid to MO executives, particularly Betts, who received £1.7 million in one year.

Field told Betts that “a large, large, large amount has gone into your pocket” and asked him about his “extraordinary rewards”.

Betts said: “I had no role in setting my own pay. I had a mandate to transform the business.

“That has happened and the reward has been for success. The customers are the beneficiaries of that transformation.”

When Field asked how they would feel about the two committees recommending that NAO carry out an inquiry into how the scheme was run, Lord Sterling said the charity would welcome a review so “the issues raised could be put to rest once and for all”, while Johnson said MO would also welcome an inquiry because “the air needs clearing”.

Nicky Morgan, chair of the Treasury committee, pointed out that, while Motability did not receive any direct funding from the government, its business was reliant on DWP payments of disability benefits, while it also received “significant” VAT and insurance tax concessions.

Morgan said: “From the evidence I have heard, I don’t understand quite the corporate governance arrangements between the company, the scheme and the charity, and that alone means the NAO on behalf of parliament and the committees should be asked to conduct an inquiry into this.”

Morgan and Field have now written to NAO, asking it to carry out such an investigation.

*The charity Motability is a DNS subscriber

**The committees subsequently published the letter, which also said that “as the firm is required to have sufficient financial resources to meet their liabilities as they fall due, we would expect the senior management of the firm to assess the adequacy of their resources in the context of their size, risk profile, complexity of regulated activities, strategy and circumstances”.