You are here: Home / Politics / MP speaks of pride at being dyspraxic at launch of Neurodivergent Labour 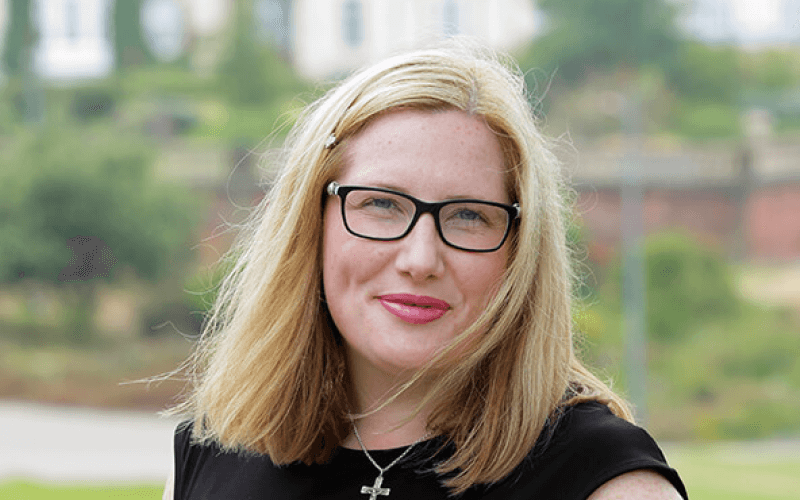 A disabled MP has spoken of her pride at being able to speak openly about being dyspraxic, after having to hide her diagnosis from employers for years before she entered parliament.

Emma Lewell-Buck (pictured) was previously a social worker but was “acutely aware that if there were any job cuts that would come around, it would be used against me and I would be the first one in the dole queue”.

She said she used to take work home with her at weekends, work late into the evening and start early in the morning because, like many other disabled people, she felt she had to “go the extra mile” and “work that little bit harder to prove yourself or keep up”.

She was speaking at the launch event of Neurodivergent Labour (see separate story), a political campaign group that will fight for the rights of people with neurological differences such as autism, dyslexia, dyspraxia and dyscalculia, both within the party and in wider society.

Lewell-Buck, the shadow minister for children and families – who later confirmed to Disability News Service that she is happy to be described as a disabled MP – said that being dyspraxic affected her every day in her work.

She said: “Every single thing I do I need to prep for meticulously, down to the tiniest detail.

“But I’m one of the lucky ones because I am in a job where I can openly speak about my disability and I can use my profile to raise awareness.”

The MP for South Shields said she was only diagnosed at the age of 27, after being assessed by an educational psychologist on the advice of a lecturer while she was studying for a masters degree.

She said: “My whole life clicked into place. I suddenly realised why, when I was growing up, I always felt different to other kids and always used to isolate myself.

“I realised why I put my shoes on the wrong feet, why I couldn’t tie my laces properly, button my coat up, why I was always spilling my drinks and why the whole family always referred to me as ‘our clumsy Emma’.

“I was always so frustrated that things that used to come so easily to other kids were so, so hard for me.”

This caused “tremendous low self-esteem and self-confidence” as a child, she said.

But she said she now saw her dyspraxia as an advantage.

She said: “I just see it as I’m a little bit different to some of those around me. I’ve embraced it.

“It doesn’t define me, it’s just part of me. I’ve been forced to adapt and face those challenges, and come up with solutions, and I certainly don’t feel disadvantaged.”

She thanked those neurodivergent party members who had developed the idea of the new organisation, as well as shadow chancellor John McDonnell, who has supported the idea over the last three years and spoke at Saturday’s launch event.

She said: “It is thanks to you that people like me have the confidence to talk about and embrace who we are and thanks to all of you that the fabulously neurodivergent people have been given this platform to help us on the way to that much-needed societal and cultural shift.”

Lewell-Buck said that she, McDonnell and other Labour colleagues were “determined to change the culture of our society and how neurodivergent people and people with disabilities are treated.

“Our approach is a clear move away from the dehumanising and debilitating hostile environment we have seen under the Tories to one where people will be treated with dignity and respect.”

She said it was “the neurodivergent people in this world who have always been the big thinkers, and creators and innovators.

“We are the ones who always have the ability to think outside the box and come up with solutions to some of the world’s greatest problems.”

Among the decisions agreed by the launch event was to endorse a draft Labour autism and neurodiversity manifesto that neurodivergent party members have spent three years developing.

Lewell-Buck, who is leading on Labour’s special educational needs and disabilities (SEND) reforms, said the proposals in the draft manifesto were “an exact fit to those that I have been arguing for behind the scenes in my team meetings”, because she was committed to making SEND “an embedded and intrinsic part of our overall education system”.

She said that a good education “can make the difference between where you begin in life and where you end up.

“I am living proof of that: a dyspraxic, dyslexic, shy working-class girl, growing up on the estate where I did, and never destined to be a member of parliament.

“So good education can absolutely make the impossible happen. I am proud to be a Labour MP and I am very proud to be dyspraxic.”

She added: “You have all stopped me feeling different and I have found my home and for that alone you are always going to have my help and support, and I look forward to working with you all.” 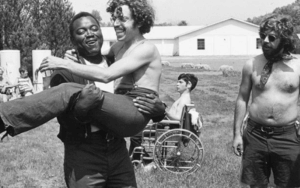