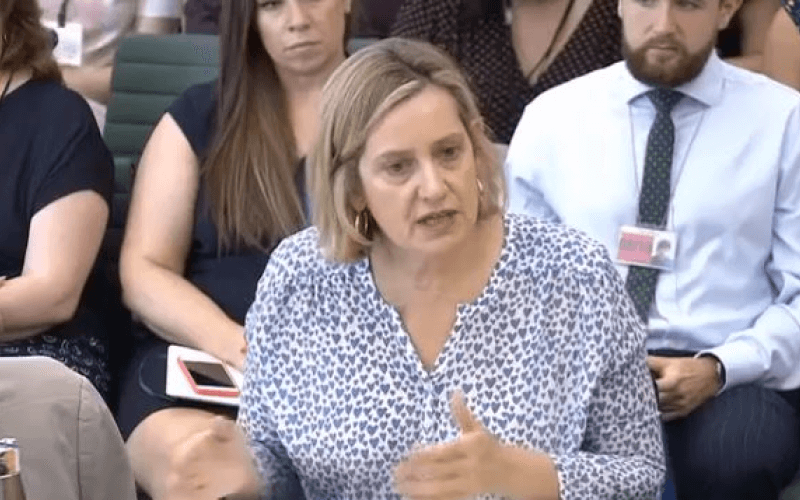 An MP has suggested the government was “not telling us the truth” when it promised last year to allow all disabled people to record their personal independence payment (PIP) face-to-face assessments.

The claim came in a week in which the Department for Work and Pensions (DWP) accepted the latest in a long line of damaging court rulings on disability benefits; and received a warning from the work and pensions select committee that the application page for its new universal credit benefit system should “come with a health warning”.

This week, DWP also finally began making backdated payments to disabled people with high support needs who lost out by hundreds of pounds a month when they moved onto universal credit.

Work and pensions secretary Amber Rudd – who was later confirmed in her post by the new prime minister, Boris Johnson – was yesterday (Wednesday) giving evidence to the Commons work and pensions select committee.

Labour committee member Neil Coyle suggested to her that DWP was “not telling us the truth” when – in its response to a report by the committee in April 2018 – it admitted the need to “build trust in the system” of PIP assessments, and said ministers therefore intended “to make recording the PIP assessment a standard part of the process”.

Coyle said: “The commitment was to record by default all PIP assessments. That is not happening.”

Rudd admitted yesterday (pictured): “It’s not happening at the moment,” before adding: “The evidence I’ve got is we are going to look at it again in the autumn.”

Neil Couling, DWP’s director general for change, said the department had had to extend a pilot programme examining how recording would work because of the “very low demand” there had been for taping assessments, but would “report in the autumn on what we have found from claimants”.

The committee’s report concluded last year that the disability benefit assessment system was being undermined by a “pervasive culture of mistrust”.

It followed an investigation by Disability News Service that produced hundreds of accounts from PIP claimants who described the dishonesty of written assessment reports produced by healthcare professionals from DWP contractors Atos and Capita.

Rudd did tell Coyle that she would consider his suggestion that DWP should reduce the number of routine benefit reassessments for people with progressive health conditions.

She said: “I have been trying to reduce the amount of assessments that are taking place.

“I’ve removed it for pensioners [she said in March that about 270,000 people receiving PIP who have reached pension age would no longer have their awards regularly reviewed], and we’ll look again at end of life assessments for people with terminal illnesses [she said earlier this month that DWP would review how the benefits system supports people nearing the end of their life and those with ‘severe conditions’].

“So if the honourable gentleman wants me to take a look at progressive illnesses, I will do that as well privately and come back to him.”

Two days earlier – just three days before MPs were due to begin their summer recess – Rudd had finally laid regulations before parliament that will allow disabled people who previously claimed the severe disability premium (SDP) to receive backpayments to compensate them for the lower rates of support they received after being moved onto universal credit when their circumstances changed.

They will receive payments of up to £405 per month alongside their universal credit awards, with Rudd estimating that about 45,000 claimants will benefit from this package of support by 2024-25.

Previous regulations also mean that claimants currently receiving SDP will not be moved onto universal credit if they have a change of circumstances. This will not change until 2021.

The back payments were agreed by DWP after it lost a high court case in May, with the court ruling that the government’s arrangements for those who previously received SDP and moved onto universal credit before 16 January 2019 were unlawful.

The new regulations will also allow a pilot project to begin in Harrogate to test how DWP moves claimants from legacy benefits such as employment and support allowance onto universal credit, through a process known as “managed migration”, the beginning of the final, lengthy stage of the delayed universal credit rollout.

But there was criticism of Rudd by both Labour and SNP MPs after the government backed down on its previous promise that there would be a debate and a vote on the new regulations.

Last Thursday, the Supreme Court ruled that more people with mental distress who have problems with social situations will now receive PIP.

And it raises the likelihood of an eighth costly trawl through the records of disabled people unfairly deprived of benefits following years of serious errors by senior DWP civil servants, following seven others launched last year.

On Tuesday this week, the disabled people’s minister, Justin Tomlinson, said he was unable to say how many more people with mental distress would now be entitled to more support.

He said: “We must consider the detail of the judgment and how it needs to be implemented before we can estimate how many people will be affected, but we will look back at cases.”

Also this week, a work and pensions committee report warned that none of the DWP staff working on the “baffling” universal credit were able to tell claimants if moving onto the new system would leave them better or worse off.

The committee said benefit claimants were being trapped in the DWP “lobster pot”, “struggling with a sudden drop in income” while DWP refused to allow them to return to the “legacy benefits” they were previously claiming.

The report said claimants forced to move onto universal credit through the so-called “natural migration” process were “in many cases seeing their income drop” and – because of the five-week wait for their first payment and the need to repay any advance payment they applied for – were facing the “impossible choice between hardship now or hardship later”.