You are here: Home / Benefits and Poverty / MPs ask Coffey why she is hiding nine secret DWP reports 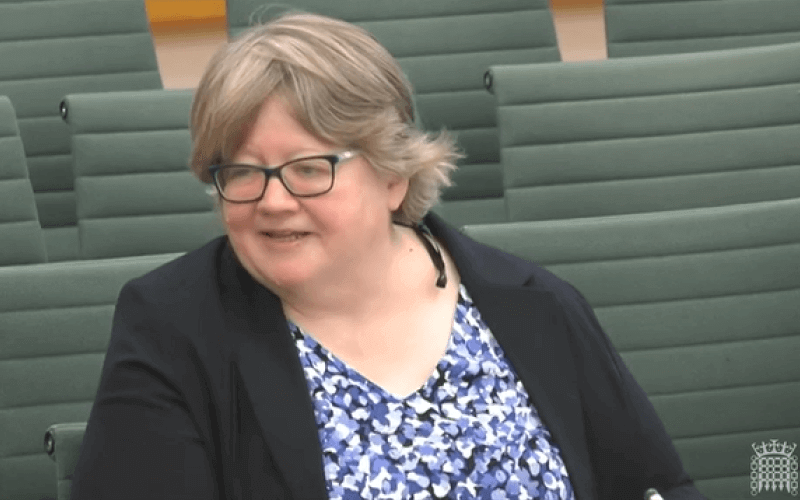 MPs have asked the work and pensions secretary to justify her refusal to release nine potentially embarrassing reports about her department’s work, at least four of which focus on disabled claimants of benefits.

Stephen Timms, chair of the Commons work and pensions committee, wrote to Therese Coffey yesterday (Wednesday) to ask her to explain her failure to publish the nine documents.

He told her that the committee was concerned that the department’s “lack of transparency” could undermine trust in the Department for Work and Pensions (DWP).

Three of the documents mentioned by Timms in his letter are currently the subject of freedom of information battles between DWP and Disability News Service (DNS).

Only this week, DWP told DNS that releasing potentially “embarrassing” information that would show which of its websites were breaking accessibility laws – one of the documents the committee is concerned about – would prevent its civil servants from giving “honest views” in their work.

DWP released figures earlier this year which showed that fewer than one third of the websites and other digital services it runs complies with regulations, with 36 of the 141 “live” digital services run by DWP said to be “very high risk”.

These services include websites, mobile phone apps and software used by the department.

But DWP has now refused again to release an internal report which would show exactly which websites and other digital services are failing to comply with the Public Sector Bodies Accessibility Regulations 2018.

In a response to a freedom of information appeal lodged by DNS, the department’s Central FOI Team claims the information relates to the “formulation and development” of government policy.

It says that if the report was released, DWP civil servants would be “reluctant to give their own honest views” on progress, which would “damage our ability to continue to improve”.

DWP argues that releasing the report would “give a misleading picture of our progress” and would “present a false picture and be open to misinterpretation” because of the way the report expresses risks in “worst-case terms”.

It says that its officials “must have the freedom” to draw up these reports “fully, frankly and with absolute honesty” and with the confidence that their work will not be released to the public.

Timms told Coffey in the letter that the committee “share the view that websites and other digital services run by the Department must be accessible to everyone who needs to use them, in compliance with regulations”.

The committee is also concerned about DWP’s refusal to release recommendations made by its own secret internal process reviews (IPRs).

Last month, the department branded DNS “vexatious” for attempting to use freedom of information laws to obtain key details from more than 90 IPRs into deaths and other serious incidents involving benefit claimants between 1 September 2020 and 28 April 2022.

The committee has also asked Coffey about her refusal to release any statistics about universal credit claimants who have gone through the work capability assessment process.

DNS is currently waiting for DWP to reply to a letter from the Office for Statistics Regulation (OSR) about what OSR describes as a “gap in the information”.

Other crucial documents the committee has asked Coffey about include a report on whether the sanctions regime within universal credit (UC) is effective at “supporting” claimants to search for work; another on the effectiveness of support for “vulnerable” claimants of UC; and an evaluation of the impact of lowering the benefit cap, which was completed three years ago.

Stephen Timms, the Labour chair of the committee, told DNS earlier this week, when asked about the website access report: “The department’s refusal to publish information which would be of widespread interest, but might mildly embarrass it, is ill-advised.

“Trust in the department is at a low ebb.

“Needless secrecy is just making the problem worse. It would be far better for the department to be open and straightforward.”