You are here: Home / Benefits and Poverty / Government brands DNS ‘vexatious’ for trying to obtain info on 90 DWP deaths 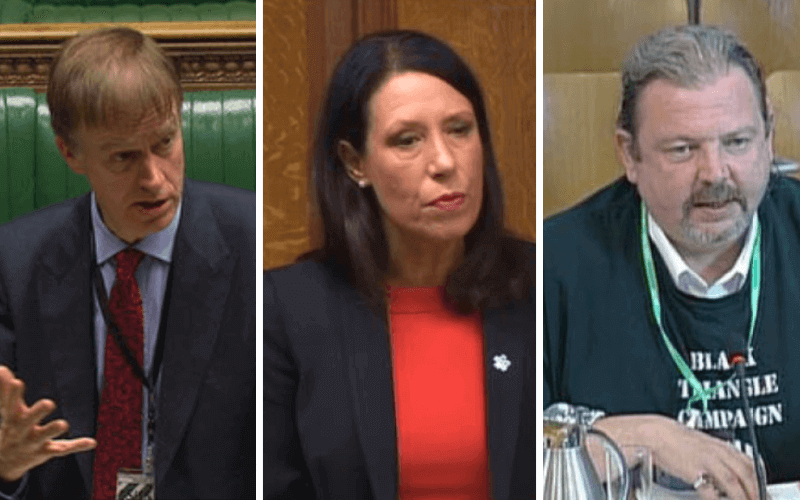 The government has branded Disability News Service (DNS) “vexatious” for attempting to use the Freedom of Information Act to obtain key details from more than 90 secret reviews into deaths and other serious incidents involving benefit claimants.

DNS asked the Department for Work and Pensions (DWP) last month for copies of all the internal process reviews carried out between 1 September 2020 and 28 April 2022.

But DWP is refusing to release the documents, claiming that to do so would place an “undue burden and pressure” on the department, despite its £7 billion budget.

DNS has been using freedom of information laws to obtain key information about deaths linked to the department’s failings since it first uncovered the existence of the secret reviews nearly eight years ago.

Time and again, recommendations made by the reviews – usually the only section that is not completely redacted when they are released – have revealed key safety failings by the department.

The first batch of reviews, finally released in 2016 following a protracted legal battle, showed how at least 13 of the reports explicitly raised concerns about the way that “vulnerable” benefit claimants were being treated by DWP.

Another review obtained by DNS, in 2018, helped show how DWP had been forced to soften the “threatening” tone of the agreement that claimants of universal credit are forced to sign to receive their benefits.

And in December 2020, a freedom of information request allowed DNS to show that DWP staff had had to be repeatedly reminded what to do when claimants say they may take their own lives, following reviews into as many as six suicides linked to the benefits system.

Those reviews suggested that a series of suicides between 2014 and 2019 were linked to the failure of DWP staff to follow basic rules that had been introduced in 2009.

But more recently, DWP has resorted to increasingly desperate tactics to keep all content from the reviews – now known as internal process reviews (IPRs) – secret.

It has argued that releasing any of the recommendations made in IPRs could interfere with the development of government policy, even though DWP’s own guidance states that an IPR is “a factual account of events without opinion or judgement” and that “policy is outside scope” of the reviews.

But DWP is now arguing that reviewing each of the IPRs to work out which parts of the Freedom of Information Act it can use to prevent them being released to DNS is so “time consuming” that it has “reached a point where it is placing undue burden and pressure on the Department”.

DWP’s expenditure on departmental operating costs in 2020-21 was more than £7.1 billion.

It is the first time DNS has requested the release of a new batch of IPRs since the autumn of 2020.

DWP’s central freedom of information team told DNS this week: “The effort required to meet the request will be so grossly oppressive in terms of the strain on time and resources, that the authority cannot reasonably be expected to comply, no matter how legitimate the subject matter or valid the intentions of the requester.”

It argues that the information it could release would be “likely to offer little readable information”, despite the information rights tribunal ruling six years ago that key parts of its secret reviews can and should be released.

The information commissioner is currently investigating a complaint lodged by DNS against the refusal of DWP to release any of the key information from IPRs completed between April 2019 and September 2020.

This week’s DWP response added: “A request may be treated as vexatious, if it causes distress or irritation without justification; or if it is aimed at disrupting the work of an authority, including if the amount of time required to review and prepare the information for disclosure would impose a grossly oppressive burden on the organisation.”

John McArdle, co-founder of the grassroots group Black Triangle, who has played a key role over the last decade in exposing links between DWP and the deaths of claimants, said it was “no surprise that the government is doing everything possible to prevent this information from seeing the light of day”.

He said: “The DWP must release this information sooner or later. Legally, they haven’t got a leg to stand on.”

He said the claim that DNS was being “vexatious” was “not only fictitious: it is highly offensive”.

He added: “Countless premature deaths of disabled people have occurred as a consequence of DWP’s disability assessment regime.

“To call any efforts to establish all the facts surrounding these tragic deaths ‘vexatious’ is an appalling insult to all those who have perished and their bereaved loved ones whom they have left behind.”

Debbie Abrahams, a Labour MP and former shadow work and pensions secretary, who has led parliamentary calls for an inquiry into deaths linked to DWP, said: “It is deeply concerning that the DWP are seeking to avoid scrutiny of their internal process reviews by deeming the FOI request submitted by the editor of Disability News Service vexatious.

“John Pring has assiduously researched this issue for over a decade.

“It is clear that there are significant issues at the DWP in properly safeguarding claimants which I have raised repeatedly with the secretary of state and her ministers at the work and pensions select committee.

“I would urge the department to think again and provide the information requested and not label legitimate requests vexatious to avoid proper scrutiny.”

Stephen Timms, the Labour MP who chairs the work and pensions committee, added: “This approach to a reasonable request seems to me highly ill-advised on the department’s part.”

It is the second time in little over a year that DWP has branded DNS “vexatious” for seeking documents through freedom of information requests.

Last month, the information commissioner ruled that DWP was wrong the previous year to use the “vexatious” argument to prevent DNS from finding out how many disabled people were expected to lose out in the move to universal credit.