The Conservative election victory appears to have delivered a heavy blow to long-term efforts to ensure greater representation of disabled people in parliament.

Along with the retirement of disabled Labour MPs David Blunkett and Anne McGuire, there was defeat at the polls for the Liberal Democrat Stephen Lloyd and Labour’s Dame Anne Begg.

This appears to leave the Conservative MPs Paul Maynard and Robert Halfon as the only MPs who would self-describe as disabled people, although further disabled MPs may emerge in the first few months of the new parliament, while there are others who have spoken in past Commons debates of their own health conditions.

Dame Anne expressed concern at what appears to be a drop in the proportion of disabled MPs.

As vice-chair of the speaker’s conference on parliamentary representation, which reported in 2010, she played a significant part in pushing for more disabled, female and minority ethnic MPs.

Dame Anne said: “My argument was [always that] we had to deal with the supply side.

“Clearly the political parties have not done enough in identifying and supporting potential disabled candidates.”

But she did point to one bright spot for disabled people, with the election of Labour’s Neil Coyle to the London seat of Bermondsey and Old Southwark.

He has also worked in the office of Labour’s shadow minister for disabled people, Kate Green.

Dame Anne said: “The disabled community have a good friend in Neil. I was delighted to hear he had got elected. He understands the issues.”

Maynard did not respond to a request for an interview from Disability News Service.

But Emily Brothers (pictured), the disabled Labour politician who stood unsuccessfully for the Sutton and Cheam seat at the election, said the apparent drop in the number of disabled MPs was “a great concern”.

Brothers, who increased Labour’s vote in her constituency by more than 2,000 votes, compared with 2010, has been calling for the next government to re-open the Access to Elected Office (AEO) fund, one of the measures that came out of the speaker’s conference, and which was launched by the coalition in 2012.

The fund was set up to help disabled people with the extra costs they face in gaining elected office, and played a “massive part” in supporting Brothers with her own campaign.

She said: “I would not have been able to do the campaign that I was able to undertake without personal assistance [paid for by the fund].”

If the government does not want to re-open the fund, Brothers suggested that it could extend the Access to Work (AtW) scheme to disabled people carrying out political campaigning and taking posts on public bodies.

Brothers, who is now considering seeking a nomination to stand for Labour in next year’s London assembly elections, said: “This is an area on which all parties should be able to agree.

“We should be campaigning for the needs of disabled people to be met in seeking political and public life roles, whether by extending Access to Work, or by a bespoke fund [like the AEO scheme].

“What is important is that there is a right to have our needs met and addressed if we want to take part in political or public life.”

Without a new AEO fund or an extension of AtW, she said, it would have “a serious negative impact on my future political role”.

She added: “When disabled people feel under threat as they have never felt before, it is particularly important that they have their own voice, not just on disability issues but on a whole host of concerns – such as housing, transport and health – which are going to impact on their lives.

“That is why having disabled people in the political arena… is very important. That is what we are going to be lacking in the current make-up of the House of Commons.”

Deborah King, co-founder of Disability Politics UK, said: “There appears to be a sharp drop in the number of disabled MPs. However, without facts we cannot know.

“A first step is to ask the Commons authorities to undertake confidential monitoring of all MPs to see if they have a disability.

“Secondly, we need all MPs to make a commitment to get an accessible constituency office.

“We feel confident that IPSA [the Independent Parliamentary Standards Authority] will support them in taking action to end disabled people’s exclusion from politics.” 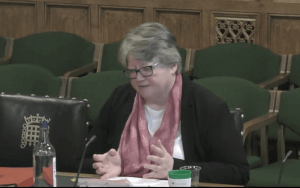 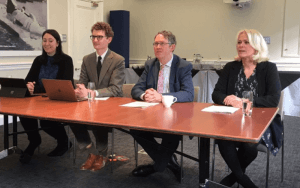