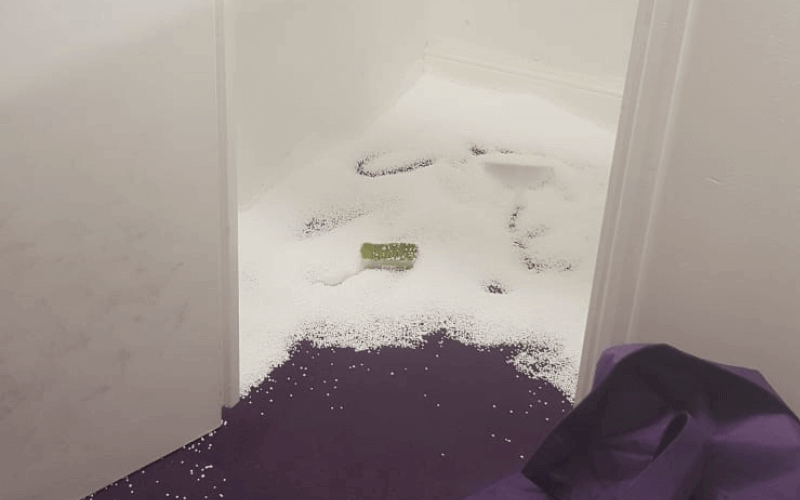 The human rights watchdog has launched an inquiry into how schools are monitoring the use of restraint on their pupils.

The Equality and Human Rights Commission (EHRC) inquiry will discover whether primary, secondary and special schools in England and Wales are collecting information on restraint, and if they are, “whether they are using it to inform any improvements to how they use restraint”.

In November, Disability News Service revealed that staff at an academy school repeatedly forced autistic pupils as young as five into a tiny cupboard (pictured) and then held the door shut after they had “meltdowns” in class.

David Isaac, EHRC’s chair, said: “Our schools must be safe places for all children and restraint should only be used as a last resort for the safety of any child and those around them.

“There are specific safeguards in place in the youth justice system and mental health units, but these are not mirrored in the education system.

“It is essential that we find out whether appropriate action is being taken to understand how restraint is being used so that all children are protected, treated with dignity and able to reach their full potential through education.”

The Department for Work and Pensions (DWP) has admitted that far fewer claimants of personal independence payment (PIP) are being found eligible for back-payments following a lengthy review than they previously expected.

DWP announced in January 2018 that it would review 1.6 million PIP claims to see which of them would be entitled to increased, backdated payments.

It followed two upper tribunal rulings, one in 2016 on the impact of overwhelming mental distress on the ability to plan and follow a journey, and one from 2017 on whether claimants can carry out everyday activities safely.

But in an update on progress on the review, DWP said this week that it had so far issued only £28 million in back-payments to about 5,900 claimants, after checking about half of the 1.6 million claimants.

Ministers had previously said that up to 220,000 claimants were likely to be entitled to back-payments.

But some campaigners also raised concerns that, since last November, DWP has been focusing on those claimants “most likely to benefit” from the review, and will only write to other claimants to ask if they would like their cases reviewed.

The care watchdog has warned that health services are “frequently” failing to apply human rights principles to people detained under the Mental Health Act (MHA), and therefore are failing to ensure they are treated with dignity and respect.

It also found there were 39 deaths through “unnatural causes” in 2018-19 of service-users who had been detained under the act or were under community treatment orders.

In its annual review of the use of MHA in England, the Care Quality Commission said it was “concerned” by the findings, which were based on 1,190 visits to mental health wards and meetings with 4,436 patients.

It said the use of the act continued to rise and that the overrepresentation of some black and minority ethnic groups was “a particular cause for concern”.

Kamran Mallick, chief executive of Disability Rights UK, said the number of deaths was “deeply disturbing”, and added: “We know that the mental health system in this country is in crisis.

“We know there is nowhere near enough service provision, both in the community, and in specialist facilities.

“This report, highlighting a shocking amount of denial of basic human rights for those with mental health conditions, should be a wake-up call to government to boost these critical services, now.”

Nearly one-third (31 per cent) of disabled people in the UK live in poverty, compared with about 20 per cent of non-disabled people, according to a new report by a poverty charity.

In its annual report on poverty across the UK, which relates to figures from 2017-18, Joseph Rowntree Foundation said poverty was even higher (33 per cent) among those families which include a disabled adult.

If the household also includes a disabled child, the rate is still higher, at 40 per cent, more than twice the rate of poverty in households that do not include a disabled person.

And of the more than 900,000 people who received both housing benefit and employment and support allowance – the out-of-work disability benefit – seven in 10 lived in poverty.

The government yesterday issued its response to the third annual Learning Disability Mortality Review (LeDeR), which was published last May.

A Department of Health and Social Care spokesperson said this week: “We are determined to close the inequality gap and through the LeDeR programme we will reduce early deaths and drive up quality of care.”

He said the government had already committed to “mandatory training about learning disability and autism” for all health and social care staff.

But he said DHSC “must do more to build on the momentum of the programme and continue to learn from the past”. 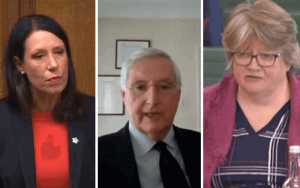