You are here: Home / Independent Living / NHS ‘has wasted more than a year’ on latest bid to improve wheelchair services 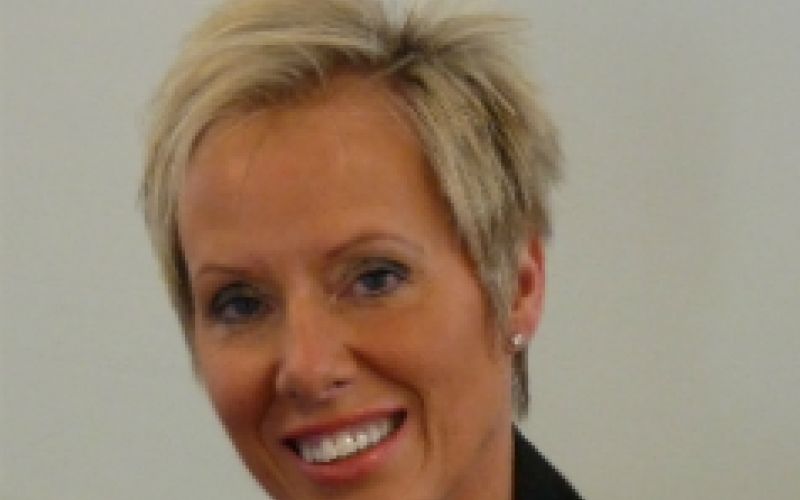 The NHS has been accused of spending more than a year on its latest bid to improve wheelchair services, while producing nothing but two conferences and a series of working groups.

They say the process is in danger of becoming the latest in a long line of failed bids to improve a service that struggles with lengthy waiting-lists and leaves many disabled people without the right wheelchairs.

There are also concerns about the influence of the disability charity Whizz-Kidz on the reform process.

NHS England organised a “wheelchair summit” in February 2014 – more than 14 months ago – with a second summit following on 27 November.

In a bid to inject some momentum into the process, NHS England set up the Wheelchair Leadership Alliance, chaired by the disabled crossbench peer Baroness [Tanni] Grey-Thompson.

Its first meeting was in January, with the second taking place this week.

The alliance has been told by NHS England to produce a one-page “wheelchair charter”, but there is concern that it has not pushed for tough new standards for NHS wheelchair services.

Sir Bert Massie, the former chair of the Disability Rights Commission and himself a wheelchair-user, said he was concerned and mystified by the wheelchair improvement programme.

He told Disability News Service (DNS): “I think there is something very distasteful about this.

He chairs the Community Equipment Code of Practice Scheme (CECOPS) social enterprise, which has already drawn up a code of practice for the community equipment industry across the UK, backed by the Care Quality Commission, the Voluntary Organisations Disability Group, the Health and Safety Executive, the Royal College of Nursing and the Association of Directors of Adult Social Services, among others.

Sir Bert said he was frustrated by NHS England’s refusal to adopt CECOPS, which would provide a set of national standards for wheelchair services.

He said: “We have done the standards for them. They are here. What’s their problem?

“Several of the alliance members personally support our standards and have recommended their adoption, so I don’t understand NHS England’s and NHS Improving Quality’s reluctance.”

Baroness Grey-Thompson, who has only been involved in the improvement programme since November, agreed that “not a lot” had happened in the 14 months since the first summit, while the alliance had only just secured final approval from NHS England for a new website to promote its efforts.

Speaking to DNS at the Naidex 2015 independent living exhibition at Birmingham’s NEC, where she spoke about the alliance, she said: “We probably needed the second summit because of the limited movement since the first.

“Why stuff didn’t happen [before], I don’t know really. It is even difficult to pinpoint how many times people have tried to change this… because it’s ‘lots’. I don’t know if the political will wasn’t there.”

She admitted that a one-page charter was not going to improve wheelchair services on its own, but added: “The charter is a wish-list. We need a really convincing argument behind it about why it needs to change.”

According to NHS Improving Quality, an estimated 15 per cent of wheelchair-users wait more than 12 months for their NHS chair, while up to half of all people who use wheelchairs will develop a pressure sore at some point in their life.

The cost of treating the worst pressure sores can be as much as 16 hip replacements.

Critics of the improvement programme have pointed to a blog written by Liam Dwyer, a former building manager in the construction industry, who has motor neurone disease (MND) and uses an electric wheelchair and communication devices, and was one of the disabled people asked to attend the first wheelchair summit in February 2014.

Subsequently, he was asked to join one of six “work streams” that were set up at the summit.

After an initial meeting, he says in his blog, he did not receive any further information until he received an invitation to the second summit, in November.

He says he and other service-users were treated like “dog muck”, and “as if they don’t have a brain”.

Dwyer says in his blog: “About 30 per cent of my friends and fellow MND sufferers would be dead by now since the time the first summit took place.”

He adds: “I don’t know how long I have left on this planet and I am not prepared to sit back and let this appalling behaviour and great waste take place at the expense of dying and needy patients, especially where it impacts upon the lives of people just like me who rely totally upon equipment, not for social reasons, but just to live.”

Baroness Grey-Thompson said she would be “really upset” if service-users had not been listened to, “because they are the ones we are doing it for”.

She plans to meet with Dwyer to discuss his concerns, and added: “We do need to reinvigorate some of the work streams.”

But there are also concerns about the influence of the disability charity Whizz-Kidz on the process.

The charity, which has close links with the former NHS England chief executive Sir David Nicholson, is believed to have had about 10 representatives and service-users at the first wheelchair summit in February 2014 – an event that was chaired by Sir David – even though it was attended by less than 80 people.

Whizz-Kidz also has representation on both of the new sub-groups set up by the alliance, as well as a seat on the alliance itself, which has 12 members.

Sir Bert said: “Whizz-Kidz are on the alliance and have a very clear vested interest because they want to compete for services. There is a real conflict of interest.

“My fear is that they are leading the agenda and I think there needs to be a different agenda.

“The agenda should not be about who provides the services but which organisation has the competency and how to measure that competency and what is their accountability to disabled people.”

Christine Anderson, from Lancashire, whose son Christopher is a wheelchair-user, said she had noticed an “imbalanced” Whizz-Kidz presence at the first summit.

But she said: “I was filled with hope that something was going to change and people were listening.”

So far, she said, she has seen “no change, no benefit” from the process, with some disabled children still being told they have to wait three years for a powered wheelchair.

Following the first summit, she was placed on the improvement programme’s commissioning and procurement work stream, but was asked to attend just one meeting.

She said it appeared that NHS England was favouring Whizz-Kidz ahead of other organisations, without going through the necessary processes.

Baroness Grey-Thompson said she accepted that Whizz-Kidz potentially had a lot to gain from the reform of wheelchair services, and that she had to be “mindful” that one organisation did not exert too much influence over the process.

Last October, at the Conservative party conference, Ruth Owen (pictured), chief executive of Whizz-Kidz, told her charity’s fringe meeting that the NHS “does not procure in an effective and efficient way”.

She spoke of her own struggle to obtain a wheelchair through the NHS, a process she described as “tortuous”, and told DNS after the meeting that the service was “crap”.

Whizz-Kidz is believed to have partnerships with 12 NHS trusts, which aim to improve local wheelchair services – for adults as well as children – and its work was praised by health secretary Jeremy Hunt in his keynote speech to October’s party conference.

Owen told the fringe: “There needs to be more choice because this area of the NHS do not want choice, change or to listen to the customer. They don’t want to believe there is a problem, and there is a problem.”

DNS asked Whizz-Kidz for a response at noon on 29 April, but by the end of today (30 April) a spokesman said he had not had time to answer a series of questions.

Instead, he released a short statement, saying: “Whizz-Kidz is delighted to be part of the Wheelchair Alliance along with a number of other organisations, as we see wheelchair reform as vital for disabled children and young people in this country.

“Whizz-Kidz’s focus is centred on supporting young disabled people to ensure that they receive the right mobility at the right time in their lives and we’re thrilled that NHS England are driving transformation in this area.”

An NHS England spokesman said in a statement: “NHS England is supporting improvements in wheelchair services to ensure wheelchair-users and their families can lead full, independent and active lives.

“Since the first meeting, NHS England has been leading three national pieces of work which will lay the foundations for further improvement, including a new national wheelchair dataset, a new national tariff, and support and resources for commissioners.

“These are not ‘quick fixes’ and each of these pieces of work requires extensive testing and engagement to ensure maximum impact and success.”

As far back as 1986, a report by Professor Ian (later Lord) McColl called for major improvements to wheelchair services.

And in 1994, the former disabled people’s minister Alf (later Lord) Morris told MPs that thousands of disabled people saw themselves as “victims of state-sanctioned discrimination” because of the failure to provide them with powered wheelchairs.