You are here: Home / Human Rights / NHS long-stay closures ‘are too little and too late’
Listen

A leading self-advocate has described the announcement that NHS England is to close some of the remaining hospitals that provide in-patient mental health beds for people with learning difficulties as “long overdue” and still not good enough.

The surprise announcement by Simon Stevens, chief executive of NHS England, came as he and three other Department of Health civil servants gave evidence this week to the Commons public accounts committee.

Members of the committee had been expressing concern at the lack of progress in moving people with learning difficulties out of so-called assessment and treatment centres and into community settings.

They were examining the progress made since a BBC Panorama programme in May 2011 exposed abuse of people with learning difficulties at Winterbourne View, a private unit on the edge of Bristol.

The government subsequently promised that – by 1 June 2014 – anyone with a learning difficulty and challenging behaviour who would be better off supported in the community, should be moved out of hospital.

But a National Audit Office (NAO) report published last week found that, in the nine months to June 2014, there were 300 more admissions to hospital than there were discharges.

The latest figures show that for every seven patients being discharged, six more are being admitted.

And they also show that the average length of stay, including admissions and readmissions, in four hospitals visited by NAO was 17 years and four months.

Anne McGuire, the Labour MP and former minister for disabled people, asked whether the four civil servants understood the “cynicism” of families of people still in the units, because the targets had been “pretty badly missed”.

Stevens told the MPs: “None of us should be sitting here defending the indefensible. I think people have been badly let down.”

He said there needed to be a “permanent shift away from the residue of institutional care models,” although he pointed out that the 12,600 in-patient NHS beds for people with learning difficulties in the mid-1990s had fallen now to about 1,500, with another 1,500 in the independent sector.

“It’s the imbalance in power [in the health and social care system] which explains why we allow these things to be perpetuated, and that’s got to change.”

Stevens said there would now be a “planned transition programme” of NHS closures, particularly in the north-east and north-west of England and “some parts of the Midlands”, while there would need to be efforts made by commissioners not to allow a situation where “we reduce NHS provision and it just flows over into third-party providers that expand on the back of it”.

But Gary Bourlet, co-development lead for People First England, said afterwards that he was unhappy that the NHS would only be closing “some” of the units.

He said: “There will still be lots of people left in these units. We have been trying to close long-stay institutions for a long time.

“Closing institutions has been talked about since the 1940s. I think it is long overdue. I think that we will [still] be saying this in the next 10 years, still closing long-stay hospitals or institutions. It’s all too slow.”

He added: “I have got past the frustration and anger stage. These people can’t or are too frightened to speak up for themselves and can’t fight back.

“These people with learning difficulties and autism and other disabilities should be supported to live back in the community, near families, with more community learning disability nurses.”

He said there should be a “buddying system”, which provides them with extra support, while advocacy should play a “huge part in helping people re-establish themselves back into the community”.

Bourlet added: “Having people locked and staying in buildings should be a thing of the past.

“All the money wasted on these type of buildings should go back into the community and supporting people to live there.”

He said he was still waiting for a promised meeting on the issue with the Liberal Democrat care and support minister Norman Lamb.

Campaigners have been attempting to persuade the government to close long-stay hospitals for people with learning difficulties since the late 1940s.

In 1951, the National Council for Civil Liberties released a report describing the regime brought in by the 1913 Mental Deficiency Act – which would eventually confine hundreds of thousands of people with learning difficulties to long-stay NHS hospitals – as “one of the gravest social scandals of the twentieth century”.

And the Department of Health and Social Security announced in a white paper as far back as 1971 that long-stay hospitals should gradually be closed down. 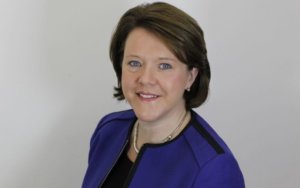 Horror over Miller’s ‘fox in a hen-house’ equality appointment