You are here: Home / Arts, Culture and Sport / Paralympian calls for inquiry into ‘unacceptable’ Rio failures 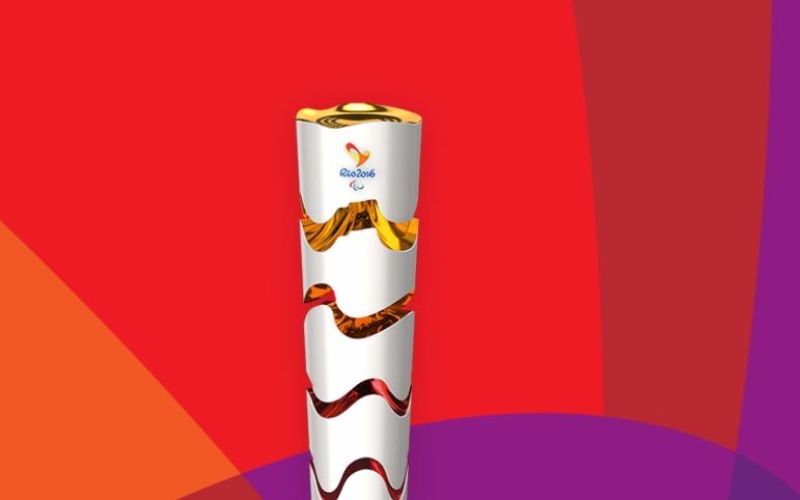 The failure of the organisers of the Rio Paralympics to treat the event on a par with the Olympic Games is “unacceptable” and has to be challenged, according to a leading figure in the UK Paralympic movement.

David Clarke, who chairs the Athletes’ Commission, a group of current and retired Paralympians who advise the British Paralympic Association (BPA), spoke out after the International Paralympic Committee (IPC) warned of a financial crisis facing next month’s event.

Clarke, who captained the ParalympicsGB blind football team at London 2012, called for a joint inquiry by the IPC and the International Olympic Committee, once the Paralympics are over.

Among the cuts in Rio announced by the IPC so far are a reduction in staffing, cuts to transport services, and the closure of media centres at some venues, as well as a closure of one of the main Olympic parks.

Clarke told Disability News Service (DNS): “There’s certainly a concern that whatever limited resources there have been have been thrown at the Olympics, to the detriment of the Paralympics, and that is the bit that is unacceptable from my point-of-view.

“Some appear to consider it to be a secondary event, but it’s not, and it forms a fundamental part of the bidding process and should be delivered with equal professionalism.”

He added: “If it transpires that budget assigned to the Paralympic Games has been swallowed up in delivering the Olympics then that is a huge step back; it shows that one event has been favoured over the other.”

He said it was crucial that athletes are able to “perform at their best in the very best environment”, despite the funding crisis and poor ticket sales.

The IPC said last week that the Rio organisers had sold only 12 per cent of available tickets for Paralympic events.

That situation appears to have eased slightly this week, after three days of strong sales, with organisers reportedly claiming they have now sold 20 per cent of tickets available, after selling a record 133,000 tickets on Tuesday.

But Clarke said there was “a legitimate risk” that Britain’s Paralympians would now not be able to “appreciate the experience of taking part in the Paralympic Games, which is the pinnacle for their sport”.

He said: “There is an element of the experience that is created by full stadiums… a number of athletes have drawn parallels with the [2015 athletics] world championships in Doha [which was hit by low attendances] and how challenging that was coming off the back of London.”

He said: “The fact that we have got to this and we are two weeks away from it being the height of our athletes’ competitive lives, it’s unacceptable that they will have to operate in [this] environment.”

Clarke has been involved in the “meticulous planning” for the games by ParalympicsGB – with BPA officials already in Rio, two weeks ahead of the opening ceremony – that has made sure that “no stone is unturned”.

He said: “The professionalism is remarkable to witness and the sheer level of planning that goes into it all to make sure that we deliver the success that we have agreed with UK Sport and everyone else, but of course fundamentally you have to rely upon the… committee responsible for delivering the games to deliver what they said they were going to deliver.”

Clarke said he believe that the quality of the sport will ensure that Rio turns out to be “a very good games”, despite the financial and ticketing problems.

But he added: “The Paralympic movement has consistently built, probably since Seoul [in 1988] but definitely since Atlanta [in 1996], year on year on year, on becoming an equivalent, parallel event of elite sport and anything that detracts from that movement moving forward is unacceptable.

“If that has happened as a result of money being diverted to the Olympics from the Paralympics, some very serious questions need to be asked at a very high level because that is equally unacceptable.

“Afterwards, I do think the IOC and the IPC have to understand how it got to this and what can be done in future to prevent it [happening again].”

The IPC’s British president, Sir Philip Craven, has described the financial situation facing the Rio games as unique in the 56-year history of the Paralympics.

Sir Philip said this week that some state-run Brazilian companies had signed contracts to sponsor the games, following an IPC meeting on 18 September with Brazil’s interim president, Michel Temer.

But he said the extra revenue this produced would not “fully plug the Rio 2016 deficit” and so the organising committee and IPC would need to make cuts that were “likely to impact nearly every stakeholder attending the games”.

The Conservative peer Lord [Chris] Holmes told the BBC this week that the Rio organising committee was guilty of “cannibalisation” of funding set aside for the Paralympics in order to fill gaps in the Olympics budget.

Lord Holmes, who won nine Paralympic swimming gold medals and later became director of Paralympic integration at London 2012, told BBC’s Newsnight: “More than a step backwards, this is a leap into Paralympic pre-history.

“There’s been a disrespect, a misunderstanding, a lack of understanding for the Paralympic Games, for the potential and for the impact they could have made for the people of Brazil.”

IPC did confirm this week that all 165 countries that had planned to attend the games would be able to do so.

IPC had feared that some countries would have to pull out of the games because the Rio organising committee had failed to pay their travel grants by the end of last month, as previously agreed.

One of the stars of the ParalympicsGB team, wheelchair-racer Ben Rowlings, told DNS this week that he saw the poor ticket sales as an opportunity “to open it up to schools and get a fresh audience in”.

He added: “It’s a Paralympic games, the biggest competition a lot of us athletes will ever race at and I think it will be a real step forward for the Paralympic movement if we can get schools and younger spectators [to attend] and show this is what Paralympic sport is, just [as] they did in London.”

Sir Philip said in a statement: “At this point it is difficult for us to expect the full venues that we saw in Beijing or London, or expect to see in Tokyo in four years’ time.

“However, we hope the passion of the Brazilian people and their desire to support and see Brazilian athletes win medals will see them turn out en-masse.

“People power could really determine the outcome of these games.”

Meanwhile, the Court of Arbitration for Sport has dismissed an appeal by the Russian Paralympic Committee (RPC) against the IPC’s decision to ban all Russian athletes from the games, following revelations of state-sponsored doping.

In delivering its ruling, the court ruled that the decision to ban the RPC was “made in accordance with the IPC Rules and was proportionate in the circumstances”.

And it noted that the Russian Paralympic Committee “did not file any evidence contradicting the facts on which the IPC decision was based”. 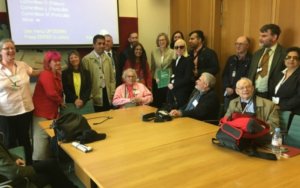