You are here: Home / Arts, Culture and Sport / Paralympic classification scandal: ‘Athletes are cheating in search of medals and money’ 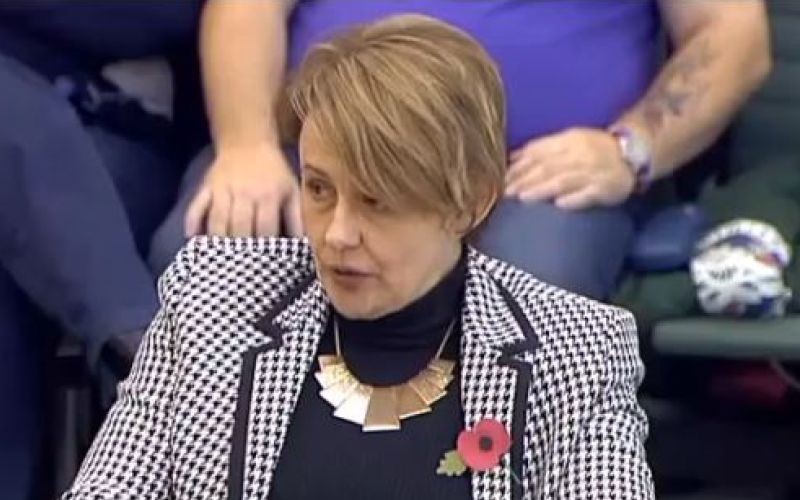 The system of Paralympic classification is being abused by cheating British athletes in search of money and medals, a disabled peer and retired Paralympian has told MPs.

Baroness [Tanni] Grey-Thompson told members of the Commons digital, culture, media and sport committee that there needed to be an independent review of the classification system so that Britain could become “the gold standard” for other countries.

The peer, who won 11 Paralympic gold medals as a track athlete, was giving evidence as part of the committee’s inquiry into sports governance, following the publication of her independent report on the duty of care in sport, which was published in April.

She told the MPs that about 10 per cent of the people who spoke to her during her review had raised concerns about “intentional misrepresentation” – cheating – in the classification system.

And she said she believed that the system of classification was open to abuse, and was currently being abused.

On the day she gave evidence to the committee’s inquiry, it published a series of witness statements from other retired and current disabled athletes, their relatives and officials, raising serious concerns about the system (see separate stories).

The classification system is run by the national governing body of each Paralympic sport, while athletes competing internationally must also be tested by international classifiers.

The process includes medical evidence, physical examinations and assessment of how the athlete functions in that sport, as well as observing them in competition.

The International Paralympic Committee defines classification as grouping athletes into different classes according to how much their impairment “affects fundamental activities” in that sport and discipline.

But misleading classifiers can allow athletes to compete against those whose impairments have a greater negative impact on attributes such as speed, coordination and strength.

She said there were “similarities” with the issue of doping in Olympic sport because of “what it can give you”.

She said: “It’s somebody pretending they can do less than they can.”

And she said she believed there had been an escalation in intentional misrepresentation since the lead-up to the London 2012 Olympic and Paralympic Games.

But she also said that some disabled athletes had been bullied into intentional misrepresentation.

She said: “Within a bullying environment it is very easy to shut down athletes having an opinion, free choice.

“You can institutionalise them, they can lose self-belief about what’s right and wrong.

“They want to compete, they want to be in the GB team because it’s a massive privilege to be there wearing a tracksuit, so it is possible to influence athletes or for athletes to make a decision that that’s a route that they want to go down.”

She said there should be an independent review – with whistleblowing protection for witnesses – to discover how widespread such cheating was.

But she added: “One of the things that has been raised with me is the cost of an independent investigation. I don’t think integrity has too high a cost.”

Baroness Grey-Thompson said she wanted Britain to be “the absolute gold standard of integrity and independence” when it came to classification, and to be the “world leader”.

She also backed the idea of appointing an independent ombudsman to examine concerns raised across British sport, including issues about the classification system.

She said it was currently “very difficult” for athletes to raise such concerns.

Baroness Grey-Thompson said that, during her year-long, wide-ranging review into the duty of care in sport, she had heard “horrific” examples of Paralympic and Olympic athletes who had experienced “bullying, intimidation, sexual harassment, and worse”.

She said: “That’s why I believe people need somewhere to go.”

And she said that Paralympic athletes had told her that they had faced possible deselection from the team, the loss of funding, and the loss of media coverage, if they raised concerns about issues such as the classification system.

Tory MP Damian Collins, who chairs the committee, said he and his colleagues had received “heart-rending” evidence from Paralympic athletes who had been left in a “desperate situation with no-one they can turn to for help” over concerns about classification.

Baroness Grey-Thompson said there needed to be independent oversight of the classification system.

And she agreed with MP Ian Lucas that the integrity of the Paralympic movement was at stake if measures were not taken to deal with the problem.

In her written evidence to the committee, Baroness Grey-Thompson says she received allegations of athletes cheating – or being bullied into cheating – the classification system, and a fear of repercussions if athletes reported concerns about the issue.

She adds: “The inescapable fact is I was approached by athletes and other stakeholders with very serious concerns about many aspects of the classification system, across a wide range of sports, in the UK.

“Until we have addressed those concerns openly and transparently, my fear is that sports in the UK will not be trusted.”