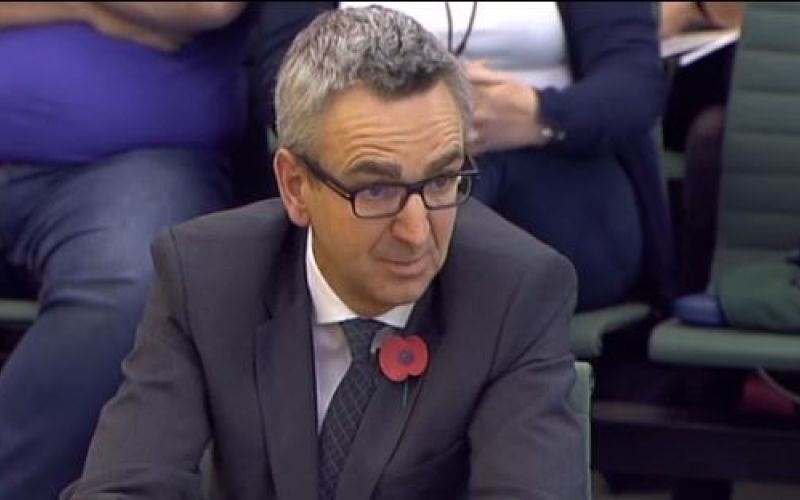 The head of the British Paralympic Association (BPA) has been heavily criticised by MPs for failing to address cheating within the system that classifies disabled athletes, despite being in his post for more than six years.

Tim Hollingsworth was giving evidence to the Commons digital, culture, media and sport committee, as part of its inquiry into sports governance.

He was giving evidence after the disabled peer and retired Paralympian Baroness [Tanni] Grey-Thompson had told the committee that the classification system was being abused by cheating British athletes in search of money and medals (see separate story).

On the day they gave evidence to the inquiry, the committee also published a series of witness statements from retired and current athletes, their relatives, and officials, raising serious concerns about the system (see separate story).

The committee has also received evidence from athletes who have given evidence anonymously.

The classification system is run by the national governing body of each Paralympic sport, while athletes competing internationally must also submit to testing by international classifiers.

The process includes medical evidence, physical examinations and assessment of how the athlete functions in that sport, as well as observation of them in competition.

The International Paralympic Committee (IPC) defines classification as grouping athletes into different classes according to how much their impairment “affects fundamental activities” in that sport and discipline.

But misleading classifiers can allow athletes to compete against those whose impairments have a greater negative impact on attributes such as speed, coordination and strength.

Hollingsworth (pictured) told the MPs that the system was the “absolute foundation stone of Paralympic sport”, and he insisted that it was fit for purpose but “can and must be improved”.

Asked if he was surprised at the number of people coming forward with similar concerns to the committee – many of them anonymously – he said again that the system could be improved.

And he said there needed to be an independent body to provide more “transparency and solidity to the process” of complaints about classification.

But he insisted that the International Paralympic Committee had put into place, in 2015, a “far more rigorous set of standards and practices” on classification.

He claimed that “if people were more understanding of that” and the wider system it might help them understand why “one athlete is freely and fairly competing against another”.

But he was later forced to admit that, although BPA would refer any classification complaint to the relevant individual sport, there were currently no procedures for his organisation to take any further action if that stage in the process proved unsuccessful.

Asked by Labour MP Ian Lucas if there should be a route for BPA to take on such a complaint, Hollingsworth said: “There should be, absolutely.”

Lucas then told him: “I find it incredible that in a multi-million pound business, which is what this is nowadays, that that process isn’t there at the minute because the integrity of this is at the heart of the sport.”

He added: “We have had a huge amount of evidence from individual athletes who do not have faith in the integrity of the system.

“These people have come to us because they haven’t felt that they could come to you. Don’t you find that depressing?”

The committee’s chair, Damian Collins, pointed out that Hollingsworth had been leading BPA for six years and told him that the problem had grown “on your watch”.

He said Hollingsworth and BPA had known about the problems with the classification system but had just “sat back and let it happen, and the people who have suffered have been the athletes and their families”.

Hollingsworth said BPA had now decided that it should be involved in developing a national classification code – which should be published next year – and a “better approach to classification at a national level” and “ultimately the development of a suitable process for complaint procedures to be dealt with independently”.

When Collins asked if Hollingsworth owed Paralympic athletes an apology for the failures in the system, he insisted that there had “not been any proven case of intentional misrepresentation” or “any evidence that has been presented that has gone beyond the circumstantial and the anecdotal”.

But Collins told him that Baroness Grey-Thompson had said the system was being abused, while athletes and families of athletes had also provided evidence about the failures, and he asked him again if he should apologise.

Hollingsworth said: “If there is genuine evidence of an athlete being failed by the system, then yes… [but] to the collective, it would be a no.”

Collins said later: “We have received evidence from athletes who feel they have been discriminated against within teams because they have raised concerns.

“Baroness Grey-Thompson [has said] that as far as she is concerned the classification system is broken and people are cheating it now, today.

“These things may not be all within your direct control, but we would look at BPA and say, you are a leading organisation for para sport in this country, and for you to recognise these failings and be a champion for putting it right, and to acknowledge and apologise to the victims of those failures, I think is something it would be appropriate for you to do.”

“I do feel very sorry indeed that we are in a position where there are athletes who feel they can’t get to a point where they are listened to satisfactorily.”

But he said he was “not apologising for failure or a belief that the system is not working as effectively as it is”.

Collins told Hollingsworth that it was “tragic” that, as with other sports, there was “no whistleblowing process, no grievance procedures, cases that have not been properly investigated, athletes have suffered as a result of trying to speak out within their sport”, and that athletes had had to use alternative means to “try to get the truth out there” because there was “no system to do so within their own sport”.