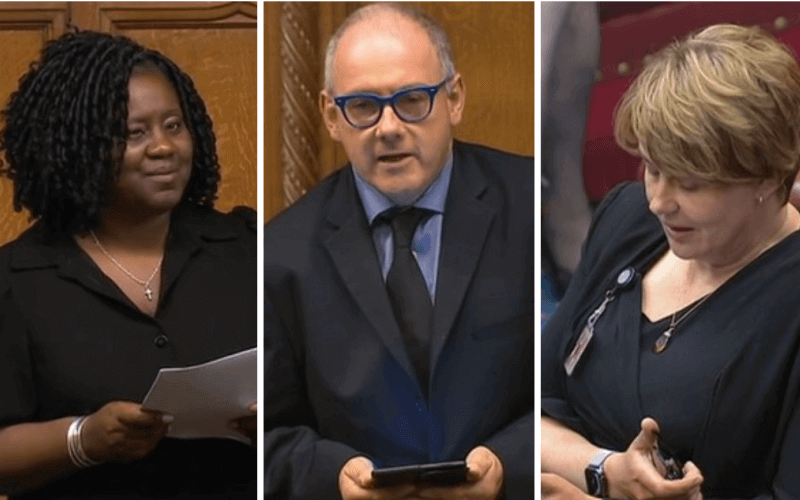 Disabled MPs and peers have delivered personal tributes to Queen Elizabeth II, as members of both Houses of Parliament responded to the news of her death.

The crossbench peer Baroness [Tanni] Grey-Thompson said the Queen’s “unstinting support and knowledge of the sporting landscape” had been “formidable”, and that she “always asked gently challenging questions about personal performances and the team.

“She made everyone feel special and cherished, regardless of their performance.”

She added: “In my career as an athlete, I competed at three Commonwealth Games.

“The Queen’s attendance at the opening or closing ceremonies, or at the events, provided the magic fairy dust for the event.”

The Conservative MP Robert Halfon said the Queen “did not bat an eyelid” when he was unable to kneel before her – because of his impairment – when he attended Buckingham Palace to be made a Privy Counsellor.

He also described how he had been brought up attending the United Synagogue, where every part of the service is in Hebrew, apart from the prayer for the Queen.

He said: “The one English part of the service said in synagogues across the land every week is a prayer for the Queen, and it made me very proud whenever I attended synagogue that I was able to say that prayer.”

Labour MP Marsha de Cordova said the Queen had “served as a constant and reassuring figure during periods of change and provided us all with a sense of security”.

She said: “She was incredibly resolute and principled, and she had a work ethic and a commitment to duty and service that she placed above all other considerations.

“Even in her 90s and in the days before her death, she was still working and serving our country.”

Conservative MP Paul Maynard said the Queen had been “inextricably intertwined with our nationhood, our sense of identity and who we are as a nation.

“She has shared our highs and our lows, our triumphs and our disasters, and we have shared hers – the high times, the good times, the jubilees and the celebrations, but also the lows.

“Who will ever forget the sight of her sitting alone in St George’s Chapel in Windsor at the funeral of her late husband?”

He remembered being presented to her when she hosted an event for the Motability charity as its chief patron and “spent over an hour greeting and speaking to all of us” on a “chilly spring day”.

He said: “For someone who grew up in an age of discrimination, some of it state-sanctioned, on grounds of sex, race, disability and sexual orientation, her capacity to reflect evolving attitudes and, subtly but no less powerfully for that, embrace diversity and inclusion was extraordinary.”

Picture: (From left to right) Marsha de Cordova, Robert Halfon and Baroness Grey-Thompson deliver their tributes to the Queen. Pictures from parliamentlive.tv