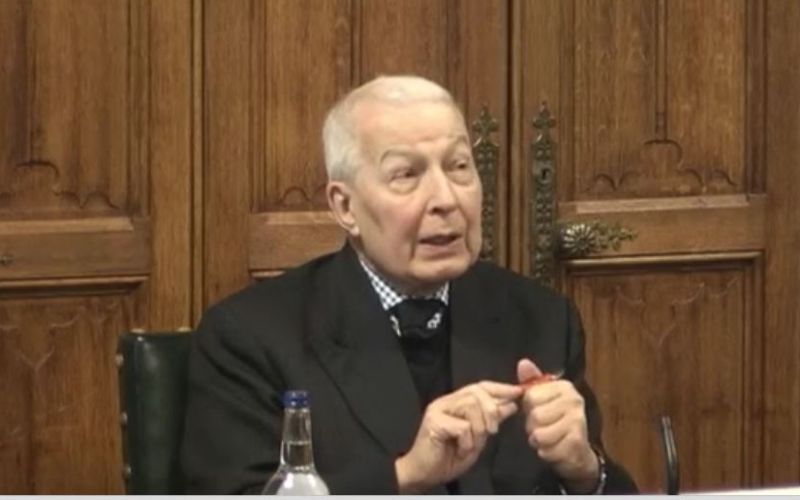 A committee of MPs is seeking fresh evidence about a disability benefit assessment process, but again appears to be trying to dodge concerns about dishonesty among the healthcare professionals who carry out the tests.

Disability News Service (DNS) has provided the Commons work and pensions select committee with substantial evidence of widespread dishonesty among personal independence payment (PIP) assessors in the reports they prepare for government decision-makers.

That evidence helped trigger an urgent evidence session of the committee earlier this month, but none of the four welfare rights experts who gave evidence were asked by MPs about claims of dishonesty.

DNS had told the MPs how its investigation had revealed that assessors working for the outsourcing companies Capita and Atos – most of them nurses – had repeatedly lied, ignored written evidence and dishonestly reported the results of physical examinations.

Now the committee has written to selected organisations to ask for “further written evidence” about PIP, and asking five questions about the assessment process.

The letter, from the committee’s chair, Labour’s Frank Field (pictured), asks which aspects of the process are not “conducive to accurate decision-making”, and whether Atos and Capita staff have “sufficient expertise” to carry out the assessments and “take enough account of additional evidence supplied by claimants”.

Field also asks in the letter if the face-to-face assessment is appropriate for claimants with different conditions; what changes are needed to improve the accuracy of initial decisions; why so many decisions are being overturned on appeal; whether the government’s mandatory reconsideration process is working properly; and what is the impact on claimants of delays in securing an accurate decision on their PIP claims.

But there is no explicit request for information about any concerns the organisations might have about dishonest assessment reports.

One PIP claimant, Sally, told DNS that she experienced a nurse PIP assessor who had “disregarded, misinterpreted and disputed” her medical evidence, was “extremely aggressive”, and was “rude, bigoted and dishonest”.

The assessor’s report led to her being found ineligible for PIP, despite previously having a lifetime DLA award, including the highest rate of the care component.

A tribunal subsequently overturned the original decision and awarded her the enhanced daily living rate of PIP.

She said: “There seems to be a lot of evidence that dishonest PIP assessors are not unusual and I was ‘assessed’ by one myself.

“The consequences of assessors who are lying must be obvious even to that committee.

“I would also add that not only is there a problem with dishonest assessors, but Capita are not responding appropriately to complaints about dishonest assessors and government ministers seem to be ignoring correspondence from people who have evidence that all this is happening.

“And the DWP also fails to deal with the issues of dishonest assessors and Capita’s failure to respond to complaints appropriately.”

Inclusion London, one of the disability organisations asked by the committee to give evidence, said it would be raising specific concerns about assessors not honestly reporting what they had been told in face-to-face assessments.

Mark Lucas, who next week will give evidence to an inquiry into PIP assessments set up by Stoke-on-Trent City Council, said he did not believe the committee would consider any evidence of dishonesty in the process.

He has told DNS previously of the “shockingly poor and dishonest service” he and other disabled people have experienced in their PIP assessments.

He said: “I am sure the committee are concerned about the high number of ‘mistakes’ but are never going to admit or even highlight the fraud on an industrial level by PIP assessors.

“Whilst I am disappointed, it is in line with the response I got from the police, who… believe the DWP or their contractors would never commit fraud.”

One group of PIP claimants with a rare neurological condition, who have previously raised concerns with DNS about the assessment process, said they would be writing to the committee with answers to Field’s questions.

They told DNS earlier this month that they believed there was “systemic malpractice” by healthcare professionals who carry out PIP assessments and then write “fraudulent reports” for the government.

Speaking on behalf of the group, Mary, the wife of one of the claimants and herself a former nurse, welcomed the committee’s decision to expand its investigations.

She said: “We think this is an excellent opportunity for disability organisations to provide evidence to the committee about the systemic problem of inaccurate PIP assessments.

“It is extraordinary that the DWP continue to accept and act on healthcare professional assessments containing such a basic error.

“This malpractice is an astonishing waste of public money that needs to be stopped.”

DNS was unable to confirm the committee’s position yesterday (Wednesday) because of the terror attack in Westminster.