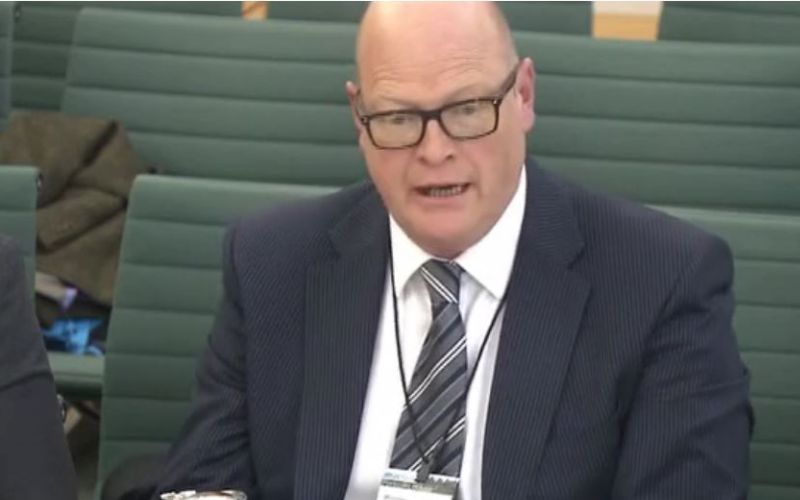 Nearly nine in 10 Citizens Advice offices have reported problems with the accuracy of personal independence payment (PIP) assessment reports, MPs have been told.

An urgent session of the Commons work and pensions select committee was hearing evidence from four welfare rights experts about the PIP assessment process, a hearing partly triggered by a Disability News Service (DNS) investigation.

But despite DNS providing the committee with evidence of widespread dishonesty among PIP assessors in the reports they prepare for government decision-makers, none of the MPs asked questions about such concerns.

Instead, the session focused on procedural flaws within the PIP claim process, although witnesses did raise concerns about the accuracy of assessment reports.

Kayley Hignell, head of policy on families, welfare and work for Citizens Advice, told the committee that its advice centres had seen an increase of more than a third in concerns about PIP in the last year, and that the disability benefit – the replacement for working-age disability living allowance – was now its “biggest single issue”.

She said: “We do have quite a lot of challenges with PIP and how it is working, how accurate those decisions are.

“The accuracy of assessments is a real issue… when we have asked our network about this, 88 per cent of the network said to us they have seen cases with inaccuracies on the PIP assessment report or afterwards.

“It is quite systematic or systemic.”

He told the MPs about SARC research that analysed the results of 100 appeal tribunals in which it had supported claimants between August 2015 and December 2016.

It was successful in 78 of those tribunals, the highest success rate it has had for any benefit since SARC was founded 35 years ago.

Sam Ashton, campaigns officer for the London-based welfare rights advice charity Z2K, told the committee of his concerns about the “mental state examination”, which is used to assess a PIP claimant’s mental health during a face-to-face assessment, and which looks at criteria such as whether the claimant is sweating or is maintaining eye contact.

He said: “If you were to show this mental state examination to a mental health expert, they would laugh you out the door.

“It has no basis in any sort of clinical expertise. It’s all based on informal observations.”

He said the only part of the PIP process he was happy with was the independent tribunal appeal, and he said that the assessment itself was “flawed”.

Tony Lea, from the Cornwall-based benefits advice service Benefit Resolutions CIC, called for all assessments to be recorded.

He said: “That would help at mandatory reconsideration [the internal, Department for Work and Pensions appeal stage]… [so you would] have a recording of that assessment which someone could transcript and say well, actually, they did say this and it was omitted from the report.”

The DNS investigation into PIP assessments has revealed how assessors working for the outsourcing companies Capita and Atos – most of them nurses – have repeatedly lied, ignored written evidence and dishonestly reported the results of physical examinations.

But none of the panel were asked about those concerns during the evidence session.

Before the session, the committee’s chair, Labour MP Frank Field, had said in a statement: “There has been mounting evidence of desperately serious problems in the system of assessing people for personal independence payment.

“The Disability News Service provided us with a useful series of case studies that acted as a further catalyst for calling this emergency evidence session.”

But after the evidence session, the committee’s press officer refused to put a question to Field on behalf of DNS, asking why none of the MPs had asked the panel about claims of dishonesty in the way PIP reports have been compiled.

Among the stories passed to the committee – but not raised in the evidence session – are that the Department for Work and Pensions had denied any dishonesty at all among the healthcare professionals who carry out its benefits assessments, even though DNS had collected 100 cases where such allegations have been made.

Another passed to the committee described how the social enterprise Here2Support was currently lodging up to 30 PIP appeals a week on behalf of claimants, and “20 to 25” of them involved assessors who had told lies in their reports.