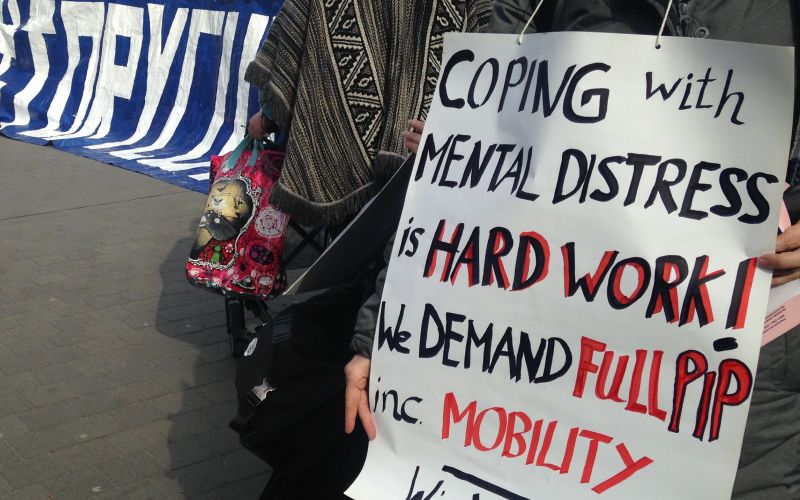 MPs from across the House of Commons have raised fresh concerns about the assessment process for the government’s new disability benefit.

Work and pensions secretary Damian Green faced further questioning about the personal independence payment (PIP) system yesterday (Wednesday), following his decision to introduce new regulations that will make it more difficult for people with severe mental distress to secure the mobility-related support they need through PIP.

The new measures – which come into force today but could still be overturned by peers or MPs – were brought in to reverse two upper tribunal rulings on PIP, which is gradually replacing disability living allowance for working-age claimants.

Green’s decision to reverse the rulings means an estimated 164,000 claimants will not now be eligible for the mobility component of the benefit or will receive a lower level than they would have received.

A petition calling on the government to abandon the changes had been signed by nearly 180,000 people by this morning (Thursday).

This week, the government’s benefits advice body, the social security advisory committee (SSAC), raised its own concerns about the new regulations.

In a letter to the minister for disabled people, Penny Mordaunt, the committee said it was clear that there was “confusion” about DWP’s original “policy intent” around whether people with severe mental distress should qualify for the mobility element of PIP, and it said the department “must be clearer in its articulation of policy intent in the future”.

It also said that there may be some claimants with mental health conditions who have already been awarded higher rates of PIP and will in the future see their PIP reduced as a result of Green’s decision, even though DWP officials had told the committee that this would not happen.

The committee said in the letter that it was “particularly concerned that there may be unintended operational and legal consequences arising from the changes to the mobility descriptors in these regulations”.

She told fellow MPs: “The government’s decision to change the law on PIP is a clear demonstration of the fact that people with mental health conditions are not given equal treatment.”

She called for Green to “review the flawed PIP process as a matter of urgency”.

And she asked him if he would ensure there was a debate and vote on the new regulations.

He said the government would respond to the committee’s letter in due course, but he was unable to confirm whether there would be a debate.

He said PIP was “a much better benefit for people with such conditions than its predecessor, disability living allowance”, and that 27 per cent of PIP recipients with a mental health condition receive the enhanced rate mobility component, whereas nine per cent received it under DLA.

He added: “It is perfectly clear from the facts that the regulations restore PIP to its original policy intent, and that that policy intent is better for people with mental health conditions than earlier benefits were.”

But Labour MP Frank Field, whose work and pensions select committee last week held an urgent evidence session on PIP assessments, partly triggered by an ongoing investigation into dishonest assessment reports by Disability News Service, said that evidence coming to his committee showed that people with non-physical impairments found it difficult to qualify for PIP.

Other MPs from Labour, SNP and the Conservatives added their concerns about the PIP process.

Labour MP Derek Twigg said: “I just cannot understand why some of the people who come to see me have not been awarded their benefit.

“I have had experience of cases such as these over a number of years now, and I have never come across such difficult cases as those I have seen recently.”

Tory MP Heidi Allen said the tribunal ruling had “highlighted the fact that there are still flaws in the PIP process and that more can be done for mental health claimants”, and she called for the ruling to be “a catalyst to look at the whole PIP process from the beginning”.

Green told her that ministers “need continually to look at improvements, and I think they are done better as part of a coherent process rather than as a result of individual court judgments.

“I am sure that she will agree that the improvements in the benefit system need to go hand in hand with the many improvements we are now beginning to see in the health service’s treatment of people with mental health conditions.”

Labour’s Angela Eagle said that she was “finding an increasing discrepancy between the way that the secretary of state is describing the PIP benefit and the people who are coming to my advice surgeries in tears having been completely let down by the system”.

Green told her: “We all know from our own constituency surgeries that there are individual cases that might need to be taken up, sometimes simply because people disagree with a decision, or if there are delays. I am absolutely aware of that.”

Labour MP Clive Efford said he found it “impossible” to understand some of the decisions made on the PIP claims of his constituents and that he believed something was clearly “wrong” with the system.

Corri Wilson, the SNP’s spokeswoman on disability, said: “The government continually trot out the line that serious mental ill health should be treated in the same way as any other illness, but their response to these rulings betrays the old attitudes and stigmas towards mental illness.

“They cannot keep shifting the goalposts every time they lose a battle at court.

“If a person needs help, he or she needs help regardless of the nature of their disability or health condition.

“The Scottish Parliament is in the process of taking over responsibility for personal independence payment, and until that time the UK government need to be consistent and stop mucking people about.

“So many of the people becoming destitute in our communities, being sanctioned, falling through the safety net, and becoming dependent on food banks, are people with mental health problems.”

Labour MP Ian Lucas said he had just received an email from a constituent, which said: “I would be grateful if you would contact PIP and address my complaint about taking PIP off me. I do fear that this has caused me to consider taking my own life.”

Lucas said: “Complaints of that type come in to our constituency surgeries on a daily basis.

“The system is broken. It needs to be completely revisited and reconstructed. It cannot be mended.”

But Green said: “Any benefits system will obviously have difficult individual cases, and decisions have to be made, but to say that the whole system is broken is going much too far.

“I can only point out that just three per cent of all PIP claims are overturned on appeal, which suggests that the benefit is largely working for the vast majority of people who receive it, but there will always be individual cases where people disagree with the assessment.”