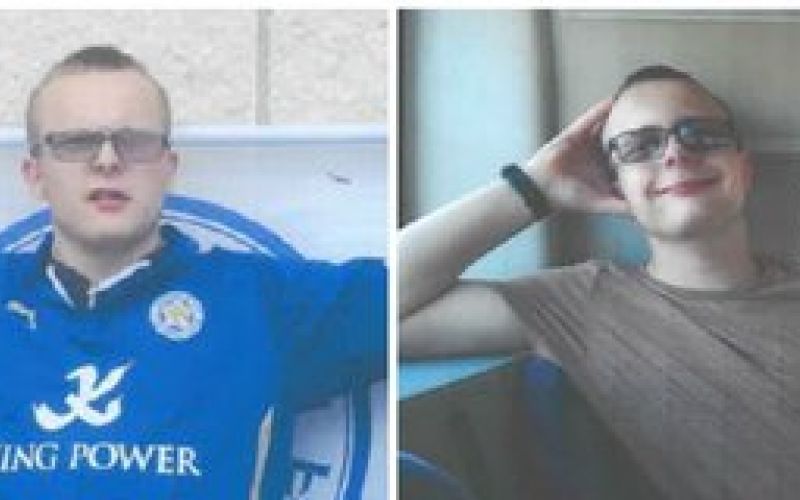 A chief constable has insisted that his police force was right not to treat the brutal murder of a man with learning difficulties who was hung from a tree and beaten to death by two “friends” as a disability hate crime.

Disabled campaigners had criticised the failings of Leicestershire police following the murder of 23-year-old Brendan Mason.

It is now 10 years since the deaths of Francecca and Fiona Pilkington, which led to the same police force being heavily criticised by the police watchdog for failing to protect the Pilkington family from years of harassment, and failing to recognise those offences as disability hate crime.

Brendan Mason was found with serious injuries in Abbey Park, Leicester, on the morning of 5 July last year, and died later that day in hospital.

He had been lured to the park, stripped of his clothes and hung from a tree and subjected to what police called a “vicious, sustained attack”, which was filmed by his attackers on their mobile phones and lasted for several hours. They then left him for dead in a pond.

His body had 99 injuries, including defensive-type wounds to his hands.

Keith Lowe, 22, and Joshua Hack, 21, both pleaded guilty to the murder.

Lowe was this week sentenced at Leicester Crown Court to serve a minimum term of 21 years, while Hack was told that he must serve at least 20 years and six months.

But the murder was never treated as a disability hate crime by police officers, although the victim’s impairment was treated as an aggravating factor by the judge in sentencing.

If the judge had accepted it as a disability hate crime, Lowe and Hack would both have faced a minimum of 30 years in prison.

Anne Novis, chair of Inclusion London, and a leading hate crime campaigner, said: “We couldn’t believe that the issue of it being a hate crime had not been addressed from the beginning, let alone in court.”

She said the murder of Brendan Mason showed the need for a campaign that the Disability Hate Crime Network is planning with the Equality and Diversity Forum, which will call for equality in hate crime laws for all minority groups, as well as better hate crime training across the criminal justice system.

She said: “All of them need to have more understanding of what we understand by hate crime, of our perception [of what it is].”

Katharine Quarmby, author of Scapegoat, a pioneering investigation into disability hate crime, and co-author of Getting Away With Murder, an earlier report that led the way on raising awareness of the issue, said the “brutal attack” on Brendan Mason appeared to echo many of the deaths she has investigated.

She said: “Mr Mason was attacked, accused wrongly of being a paedophile, and then subjected to violence that echoes the lynch mobs during the civil rights movement in the US in its ferocity.”

Quarmby, like Novis a coordinator of the Disability Hate Crime Network, said she was disappointed that the case was not sentenced as a disability hate crime, “given the markers that characterise it and so many other cases”.

Stephen Brookes, another leading campaigner and coordinator of the network, said: “Once again we see that this is a case which in our eyes is clearly a disability-motivated crime and yet is not being charged as such.

“The way cases are being handled both in the way they are not being charged and sentenced as disability hate crime when they should be is becoming intolerable.”

But Simon Cole, chief constable of Leicestershire police, said he was convinced that the murders were not hate crimes.

He said: “I am fully aware of the sad and tragic death of Brendan Mason, and had personal involvement in the case.

“There has been some suggestion that the incident was one of a disability hate crime.

“The force committed significant resources to investigate this crime and its severity and motivations were carefully considered by the judge in imposing significant sentences on the offenders.”

A force spokeswoman had earlier said that both of the murderers had “vulnerabilities”, but she has not yet clarified what this means.

A CPS spokesman said in a statement: “Wherever there is evidence a crime was motivated by hatred based on a victim’s disability we will always treat it as a hate crime.

“Last year we completed more hate crime prosecutions than ever before.

“In this case there was no evidence the assault was motivated because of Brendan’s disability.

“The motivation for the attack was the mistaken belief Brendan had assaulted a third party.”

Robert and Sarah Chambers, Brendan’s uncle and aunt, said in a statement released by police after the court case: “It is not right how two evil people can do such a horrific thing and leave a massive hole in our lives that will never be filled again.

“Brendan was a lovely young man and he was so happy. He had numerous learning difficulties and very poor vision.

“Even though Brendan had numerous learning difficulties and was very easily led by others, he always knew right from wrong.”