You are here: Home / Arts, Culture and Sport / Premier League silent on whether clubs can break promises on access 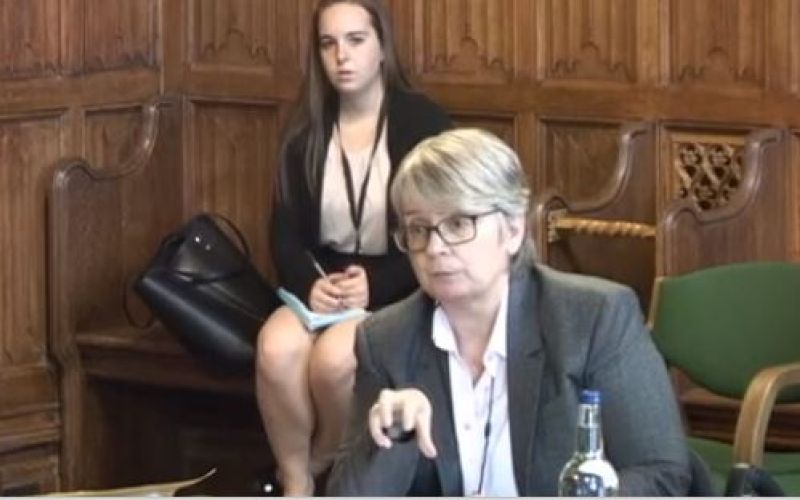 The Premier League has refused to say whether its clubs will be allowed to break a public pledge to reach basic access standards for disabled fans by August 2017.

The promise was made by the Premier League last August, and was widely welcomed at the time by disabled fans and politicians, with Justin Tomlinson, minister for disabled people, claiming it as “a huge achievement”.

According to that announcement, all 20 clubs agreed to comply with the 2003 Accessible Stadia Guide – which includes guidelines on accessible information, the minimum number of wheelchair spaces and the location of viewing areas for disabled fans – by August 2017.

But now that public pledge has been thrown into doubt.

Last week, MPs on the Commons culture, media and sport committee’s inquiry into the accessibility of sports stadiums were told that at least eight Premier League clubs were set to break the promise.

In her evidence to the committee (pictured), Joyce Cook, chair of the user-led charity Level Playing Field, said that at least one club claimed it had been told by the Premier League that it did not have to meet those standards by August 2017, but only had to produce plans for how it would do so in the future.

She also revealed to the committee that a Premier League executive had said at a public event that there would be no penalties for clubs that failed to meet the guidelines by August 2017.

This week, the Premier League refused to say whether clubs would face a penalty if they refused to meet the pledge.

The Premier League also refused to say whether clubs had been told they only needed to produce plans by next August for how they would meet the guidelines.

Cook told Disability News Service that she was concerned by the Premier League’s refusal to clarify its position.

She said: “It is disappointing to learn that the Premier League has not answered these two key questions.”

Cook said the failure to respond made it even more important that the Department for Work and Pensions and the Department for Culture, Media and Sport had agreed to publish a Premier League progress report on the access pledge next month.

The Premier League was only forced into making the pledge last year by a series of embarrassing reports on the discrimination faced by disabled supporters at many grounds.

That pressure had increased in February 2015 after the Premier League announced that it had secured more than £5.1 billion from the sale of live UK television rights for the three seasons from 2016-17 to 2018-19.

Cook said last week that the failure to take action on access was “obscene” when there was so much money in Premier League football.

She said that clubs had ignored the issue “time and time again”, and had had 20 years to make the necessary improvements to their grounds since the introduction of the Disability Discrimination Act in 1995.