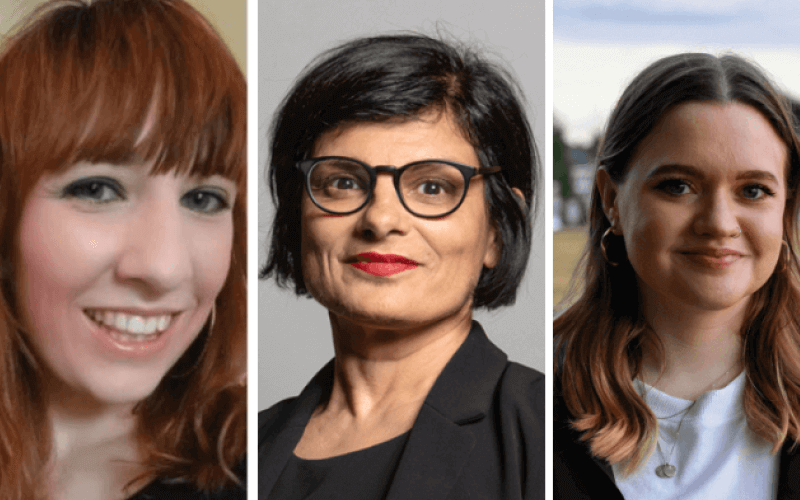 Labour has been accused of betraying disabled people after a senior shadow minister told a meeting that calling for free social care would just “give the Tories a stick to beat Labour with”.

There has been widespread anger among disabled people this week after Disability News Service (DNS) revealed the comments made by Thangam Debbonaire, the shadow leader of the House of Commons.

There was particular anger because the new party leader, Keir Starmer, told DNS last year, during his successful leadership campaign, that he supported a motion – passed by Labour’s party conference in 2019 – that called for all social care to be provided free through a new National Independent Living Support Service (NILSS), and for that to be funded by national progressive taxation.

Debbonaire, the MP for Bristol West, made the comments at an online meeting that was drawing up “composite” motions to present to last weekend’s women’s conference.

She apparently claimed that such a policy would cost “£100 billion” and would cost more than the annual budget of the NHS.

Several constituency Labour parties (CLPs) had passed motions calling for free social care, and a draft composite motion included two such references, but the final version of the motion expunged all mentions of free social care.

She said: “The comments reported are not only at odds with what the membership want, but it’s also surprising to hear a policy position against free social care when we’ve been assured that policies will be co-produced with us.”

She added: “Disabled trade unionists have developed a clear vision in NILSS for what we need, so we can move away from a model of social care that sees support for disabled people boiled down to decisions of being washed and fed.

“These proposals are based on independent living so disabled people can have choice and dignity in their lives.”

Morrison said that Starmer told the last NEC meeting that he would give his “100 per cent commitment” to disabled members.

She said: “He could demonstrate this commitment by clarifying if these comments were made on behalf of the party, or whether we can take the assurances given to us that Labour has not yet set its policy on social care in good faith.”

In an article published by the Labour Hub website, Linda Burnip, co-founder of Disabled People Against Cuts, said the “apparent betrayal by Labour has led to mass outrage throughout the disabled people’s movement”.

She said: “Thangam has certainly stabbed us in the back, but may also have done the same to Labour, as we make up around 20 per cent of voters, and whatever Labour may want to think, we don’t have to vote for them in the next election.”

In Bristol, disabled constituents of Debbonaire were among members of grassroots disabled people’s organisation Bristol Reclaiming Independent Living (BRIL) who wrote to her about her remarks.

In their letter, they told her that they were “extremely disappointed and frustrated” with her reported comments.

They added: “As a group of Disabled people in Bristol we have signed up to the national campaign, led by Inclusion London, to scrap social care charging.

“We had believed that Labour would be allies of the 13 million Disabled people and five million carers this campaign is fighting for.”

They said they had hoped that their local MP “would be more aware of and sympathetic to the need to listen to, consult with and above all respect the human rights of Disabled people both locally and across the UK.

“Hence our concern and disappointment about the way in which you dismissed our rights and wiped them off your Party’s agenda last week.”

One disabled party member, Gemma Corker, who was at the composite meeting and then spoke about the social care motion at the women’s conference, told DNS: “I strongly object to Thangam’s insistence that we can’t even hope for better under the Labour party, and I thoroughly disagree with the party rolling backwards from Starmer’s pledge to support the introduction of NILSS.”

Corker, who is chair of Tatton CLP and secretary of Cheshire Disabled People Against Cuts, added: “The Labour party should be proud of the scale of our ambition, and should be eager to share that with the rest of the nation.”

Rachel O’Brien, a disabled activist and chair of London Young Labour, said: “The Labour leadership backtracking on Keir Starmer’s election pledge to support free social care and the National Independent Living Support Service is yet another affront to Labour party democracy, especially considering it passed at the 2019 Labour party conference before being abandoned [in its 2019 general election manifesto] for the National Care Service.

“It does a massive disservice to disabled people, who fought for this policy to be adopted by the Labour party following years of erosion to their right to independent living.”

Kathy Bole, co-chair of Disability Labour, said: “I would expect a comment like those made by Thangam Debbonaire from the government, not a frontbench Labour MP.

She warned that the comments may have “alienated disabled Labour members and their supporters” and could just reinforce the idea that disabled people “are expendable/second class citizens with targets on our back”.

A week on, Labour had still not commented by noon today (Thursday) on Debbonaire’s remarks; why the party appeared to have gone back on Starmer’s support for free social care; and what its message was to disabled people and allies who were fighting for free social care.