You are here: Home / Independent Living / Labour says calling for free social care would ‘just give Tories a stick to beat us with’ 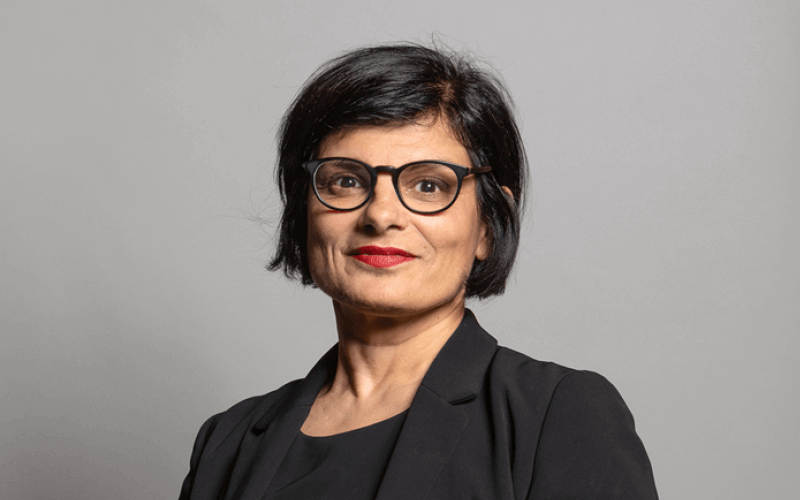 Labour has given the strongest sign yet that it has gone back on its new leader’s pledge that he would introduce free social care if his party won power, after a shadow cabinet member said such a policy would be too expensive.

Thangam Debbonaire told female party members at a meeting last weekend that introducing free social care for disabled and older people would “give the Tories a stick to beat Labour with”, Disability News Service (DNS) has been told.

She apparently claimed that such a policy would cost “£100 billion” and would cost more than the annual budget of the NHS.

She also said that right-wing newspapers would attack the policy and that it would lose Labour the next election.

This week, Labour failed to deny she had made the comments.

Debbonaire (pictured), Labour’s shadow leader of the House of Commons, was speaking at a “composite meeting”, which was discussing how to combine various motions that had been proposed by constituency Labour parties (CLPs) into a single motion to be debated and voted on at this weekend’s Labour women’s conference.

Several CLPs had passed motions calling for free social care, and a draft composite motion included two references to free social care, including a call for Labour to promise “to make the provision of all social care free to the recipient as is the case for health care under the NHS” and for social care to be “needs-based and publicly funded, free at the point of use”.

But the final version of the motion, prepared just before the meeting, expunged all mentions of free social care.

She said the party was now run by “cowardly, unprincipled careerists” who “wouldn’t know solidarity if it hit them with a big stick”.

She said: “Right now, many of us are stuck fighting the DWP, the government and local authorities just to survive.

“But apparently promising us hope that we won’t always have to fight like this is too expensive.”

Only last month, DNS reported how Labour had refused to explain why a major speech by its shadow social care minister, Liz Kendall, had ignored disabled-led proposals for fundamental reform – including free social care – that were backed by Keir Starmer during his leadership election campaign.

Starmer supported the National Independent Living Support Service (NILSS) proposals during his successful campaign to be elected party leader last year, telling DNS in February 2020 that he backed a motion supporting those proposals which had been passed at Labour’s annual conference.

NILSS, which was drawn up by Disabled People Against Cuts (DPAC) and Reclaiming Our Futures Alliance (ROFA), would provide a universal right to independent living that was “enshrined in law”, and would introduce free social care in England, funded by national and progressive taxation.

But the spokesperson said in a statement: “The final motion was democratically agreed by all CLPs who attended the meeting and will be debated and voted on by National Women’s Conference this weekend.”

Meanwhile, an open letter from social care organisations – including the Social Care Future campaign group, which includes some disabled members but is not run and controlled by disabled people – has also failed to call for free social care.

The letter also fails to call for a legal right to independent living, which would allow the government to comply with article 19 of the UN Convention on the Rights of Persons with Disabilities, even though the Equality and Human Rights Commission made such a call last month.

Instead, it calls for “funding for short-term stabilisation”, “longer-term investment” and “investment in the short term to speed the shift towards a system of social care that is both sustainable and fit for the modern age”.

The letter to the prime minister, chancellor and health and social care secretary was also signed by the Think Local Act Personal partnership, the chair of the Local Government Association community wellbeing board, the Social Care Institute for Excellence, the Care Providers Alliance, and the president of the Association of Directors of Adult Social Services.

A SCIE spokesperson told DNS: “This was a letter agreed across a number of partner organisations and the issues that were raised by the letter were seen as the most important as we press for an update before summer recess.”

But Social Care Future has signed another statement on social care reform, which does call for free social care.

It follows the government’s latest pledge to publish its repeatedly-delayed plans for social care reform by the end of the year.

They believe that organisations led by disabled people are being excluded from current discussions being held by the Department of Health and Social Care.

They want organisations and individuals to sign the statement by 4 July, before it is shared with the government.