You are here: Home / Crime / Professionals ‘missed chances’ to save tragic trio from mother 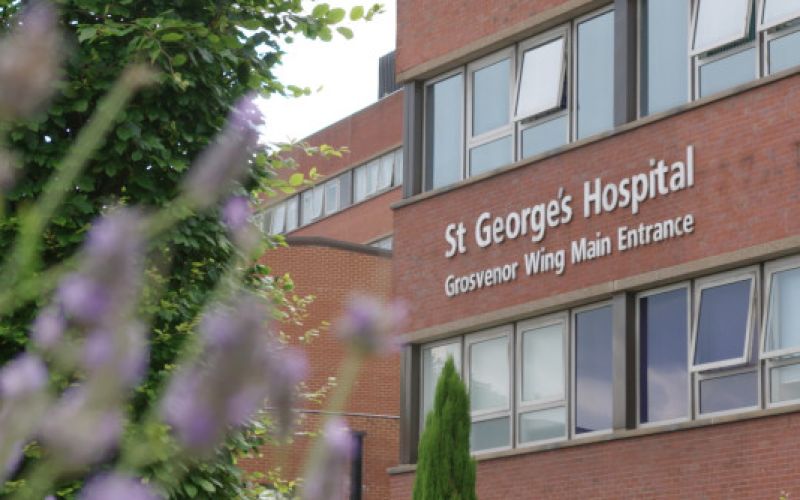 Social services and health professionals failed to launch a child protection inquiry into a mother who went on to kill her three disabled children despite a series of concerns that were raised about her behaviour.

A serious case review commissioned by Kingston Safeguarding Children Board and published this week, detailed at least 10 instances where the actions or comments of Tania Clarence had caused concern among professionals working with the family*.

The review’s authors concluded that the threshold for the authorities to launch child protection procedures had been met on at least three occasions, but that decision was never taken.

A judge handed Clarence a hospital order in November 2014 so she could receive treatment for a mental health condition, after she admitted manslaughter by diminished responsibility of her three-year-old twin boys, Max and Ben, and her four-year-old daughter Olivia.

She had killed the children on 22 April 2014 while her husband was on holiday in South Africa with their other child, who is not disabled.

The review covers the period from the premature birth of Max and Ben in July 2010 to the date they and their sister died.

It describes how Clarence and her husband – who are both originally from South Africa – said they wanted their three disabled children to have “a good quality life, and experience as little pain as possible” and “did not want medical intervention for the children” if it would cause them pain.

Tania Clarence was reported to “never have a full night’s sleep” and professionals often found her “tired and tearful”, while there were concerns about her “ongoing low mood”.

She often failed to act on advice about feeding, physiotherapy, speech and language therapy, and the use of aids, from the many professionals who supported the family.

She had previously had a successful career in design, and said she did not want her home “looking institutional”, dismissing suggestions for potentially life-saving aids such as a supportive seating system for eating.

By July 2011, Clarence was describing medically invasive treatment as cruel and unnecessary and asking that Max, Ben and Olivia should be designated “do not resuscitate” if they ever needed ongoing treatment.

She had already told a paediatrician earlier in 2011 that she wished her children were dead.

In 2012, a “safeguarding nurse” at St George’s Hospital (pictured) responded to concerns about Clarence’s mental health, but she “turned down the offer” to meet with the hospital’s psychologist.

Early in 2013, she sparked further concerns after telling a health professional at Great Ormond Street Hospital for Children that she wouldn’t be around to see Olivia attend university.

In April 2013, at the Royal Brompton Hospital, a paediatric matron ordered a “top to toe” inspection of Olivia before she was discharged, following staff concerns about Clarence’s “extreme mood swings”, and her refusal to allow nurses near her daughter, even when her oxygen levels were low.

She was also “rude and dismissive to staff” and shouted and cried in front of her daughter, telling staff her life was “hell”.

The following month, at St George’s, further concerns were raised after she removed Olivia’s oxygen mask, while the following month there were incidents of “non-compliance” and interfering with her daughter’s oxygen equipment.

In July, at St George’s, there were yet more concerns, this time about Clarence turning off the alarm on her daughter’s medical equipment.

According to the serious case review, only one nurse, at Your Health Care, which provided speech and language therapy in Kingston, was pushing strongly for the use of child protection procedures – after listening to agency staff working with the family, and hearing reports at multi-agency meetings – but “despite her efforts child protection procedures were not initiated”.

The review said professionals working with the family – who had moved between the south London boroughs of Merton, Wandsworth and Kingston – had struggled to develop a good working relationship with the mother.

And the review’s authors suggested that the couple’s “affluent, middle class status” – the father was a lawyer and company director – might have “contributed to the cautious approach in moving into child protection processes”.

The family had support from nannies and a large number of health practitioners, both in the community and from three London hospitals, and social care from the three London boroughs where they were living between 2010 and 2014.

The three children who died, all of whom had spinal muscular atrophy (type two), were attending mainstream school and were described in the report as “intelligent, bright, lively children who enjoyed their life”.

Olivia was described as having a “sunny personality, good sense of humour and strong will”, and as a “very intelligent child who enjoyed school, being with friends, playing and learning”, while her brothers, who had only recently started nursery class, were said to be “happy, chatty boys”.

Even though two of the hospitals and two of the local authorities involved with the family had taken legal advice over their concerns about Tania Clarence, they had never initiated a child protection inquiry.

But the review’s authors said: “Without exception, practitioners went out of their way to provide services for the family and the family were provided with every available resource.”

They concluded that the killings “could not have been predicted by the professionals who had been working with the family” and there was “no certainty” that they could have been prevented.

They added: “The search for consensus amongst medical practitioners acted as an obstacle to the initiation of child protection procedures, with social workers taking the lead from doctors and waiting for them to agree the level of risk.

“Such consensus of opinion was not achieved.”

Questions for children’s hospital over death of Nancy Wise