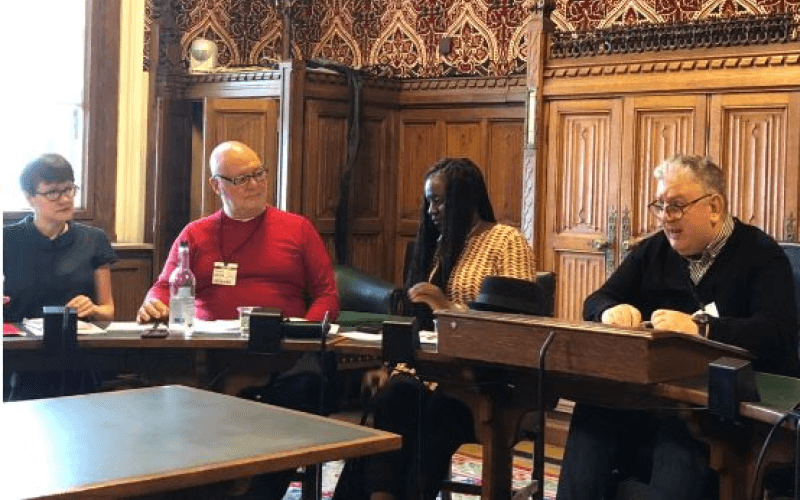 Disabled people’s support to live independently in England is subject to a “dramatic” postcode lottery, according to new research carried out by disabled activists.

The research by Disabled People Against Cuts (DPAC) – based on freedom of information requests to councils across England – shows huge differences across local authorities in how the number of adults receiving social care support changed between 2010 and 2018.

But it also shows striking differences in the proportion of social care service-users who receive their council-funded support through direct payments, and in the financial contributions they must make to their care packages.

The research also provides further evidence of how many disabled people have had their care packages slashed following the closure of the Independent Living Fund (ILF) in June 2015.

Linda Burnip, a DPAC co-founder who helped carry out the research, said it showed “the desperate need for a national care service and care free at the point of delivery”.

She said: “It is not acceptable that the needs for support disabled people have can be met in different ways, or even not met at all, depending solely on where people live.”

Of local authorities that responded, the biggest increase in recipients of social care came in Peterborough, where the number of adults receiving social care rose between 2010 and 2018 by 131 per cent, contrasting with the London borough of Sutton where it fell by 55 per cent.

Nearly all councils that responded said that less than 30 per cent of service-users were receiving direct payments, with the lowest proportion in Bournemouth, with just five per cent, Portsmouth (six per cent) and Wolverhampton (seven per cent).

Of the 57 councils that were able to say how many former ILF-users had seen their care packages cut following the ILF closure, only 12 could calculate proportions and they varied from Wirral council (23 per cent saw a cut to their package) to Hounslow (83 per cent saw a cut).

Of the 57 councils, 10 said no care packages had been reduced, but three local authorities saw between 54 and 110 people have their support cut after the ILF closure.

Five of the councils said some former ILF-users had had their support cut after the closure but others they were responsible for had had their packages increased.

On charging, only one local authority in England – Hammersmith and Fulham – does not charge any service-users for support.

All the others take account of how much the person receives through the care component of disability living allowance or the daily living part of personal independence payment when assessing how much they must pay towards their care.

Only 16 of the 134 local authorities that answered the question said there was a maximum charge for the amount a disabled person could contribute to their care.

DPAC said the responses showed a postcode lottery “not just in relation to the amount of direct payments provided to meet eligible care and support needs but also in relation to how much people have to pay for any needs to be met”.

Last week, at a parliamentary meeting hosted by Labour’s shadow minister for disabled people, Marsha de Cordova, the Reclaiming Our Futures Alliance (ROFA) – of which DPAC is a member – set out its demands for a new national independent living support service that would eliminate the postcode lottery in support.

The meeting last Thursday (25 April) was also supported by the TUC disabled workers’ committee and DPAC.

ROFA’s position, first revealed in January, is based on principles laid out in the UN Convention on the Rights of Persons with Disabilities.

Article 19 of the convention describes how countries signed up to the treaty – like the UK – must recognise the right of all disabled people “to live in the community, with choices equal to others”.

And it wants to see a strategy for investment in local user-led services alongside the closure of institutionalised, segregated settings including long-stay hospitals and assessment and treatment units.

Mark Harrison (pictured, second from left), from ROFA, told the meeting that its vision for the future of independent living had been inspired by former ILF-users, some of whom had become “prisoners in their own homes” since its closure.

He warned about the “dangerous” moves towards the re-institutionalisation of disabled people, particularly in private-run assessment and treatment units.

And he called on Labour to work with disabled people now, ahead of drawing up its next general election manifesto, to co-produce an independent living service.

One disabled service-user who spoke at the meeting, Rob Surrey, said: “Members of the public just assume I get 24/7 support.

“I don’t and I wouldn’t want that, but they assume if you are disabled and have high support needs you get all your needs met. That just isn’t true.

“Care is like a postcode lottery – depending on where you live, it does depend on how many hours you might get given.

“If the care budget was centralised and could be accessed from all over the country this could take away that lottery.”