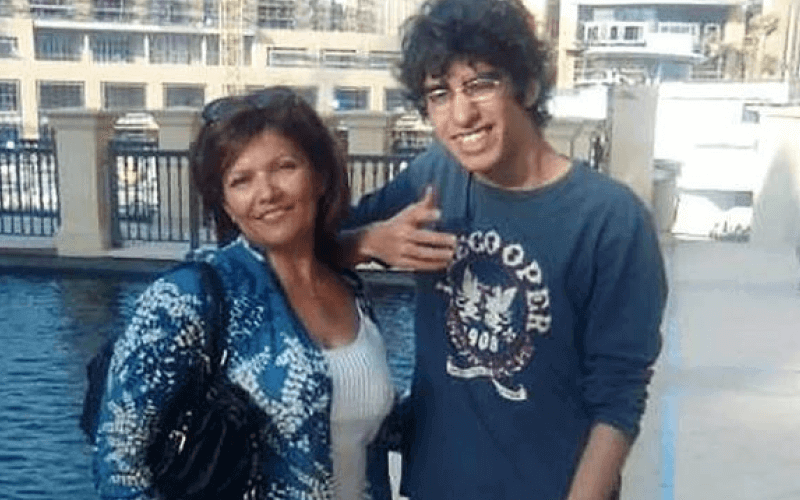 A coroner has criticised a local authority that waited more than two months to begin an “urgent” assessment of the support needs of a disabled man, who had taken his own life by the time the council eventually attempted to contact him.

Milton Keynes Council was told at an inquest yesterday (Wednesday) that it needed to make urgent changes to its social services department to ensure that no further lives were lost, following the suicide of Roy Curtis in November 2018.

His body was only discovered nine months later, in August 2019, when a bailiff arrived to evict him from his housing association flat for non-payment of rent.

Tom Osborne, the senior coroner for Milton Keynes, was also critical of other public bodies, and the failure of those organisations to work together to plan his care before he was discharged from an inpatient mental health unit in October 2018.

The inquest heard repeated evidence over two days of how several agencies had failed Roy Curtis in the weeks and months leading to his suicide, including the council and the Department for Work and Pensions (DWP).

The inquest heard that he had taken his own life after being told by DWP to attend a “fitness for work” assessment, just weeks after receiving treatment for suicidal thoughts caused by having his benefits removed for missing another face-to-face work capability assessment (WCA) earlier that year (see separate story).

The inquest heard this week that Milton Keynes Council’s social services department had waited more than two months to attempt to contact Curtis to begin an “urgent” assessment of his social care needs.

Osborne told the inquest yesterday (Wednesday) that the failure to complete the social care assessment “resulted in a lost opportunity to assess his needs and to offer him support”.

That assessment should have been carried out while he was still a voluntary inpatient at the Campbell Centre, a mental health unit in Milton Keynes, said Osborne.

Curtis was discharged on 5 October 2018 from the Campbell Centre into the care of the acute home treatment team, also part of Central and North West London NHS Foundation Trust (CNWLFT), and soon afterwards into the care of The Grove Surgery, Netherfield, Milton Keynes.

But Osborne criticised the failure to carry out “effective multi-agency joint planning” before his discharge from the centre, and to carry out an adequate risk assessment.

The council’s mental health and autism social care team had received a request for an urgent social care assessment on 25 September – a request that had first been drawn up by a social worker on 13 September, the day he was admitted to the Campbell Centre – but it was only allocated by the council to an assistant social worker, and not until 26 November.

By this time, the coroner concluded, Curtis had already taken his own life.

Sarah Nickson, service manager for the council’s mental health and autism social care team, said the delay in allocating the case had been “completely unacceptable”, but that there had been “a high number of referrals that were awaiting allocation and our team was not fully staffed at that time”.

It was not until 3 December 2018 that the assistant social worker made the first attempt to reach Curtis, but only through letters and phone calls – which it later emerged were to the wrong number.

No visits were made to his flat, and one of the letters warned that if he failed to make contact by the end of the month, his case would be closed.

The case was eventually closed in January 2019 without a single visit being made to his flat.

Nickson accepted that there should have been at least a couple of visits to his flat, followed by a request to the police to check on his welfare.

Curtis had cut himself off from his family in 2013 and changed his name from Ayman Habayeb. His family had tried unsuccessfully for many years to track him down.

At the end of the inquest, Osborne read a statement issued by Curtis’s family, in which they blamed the council for his death.

The inquest heard that DWP had been told repeatedly about the impact that its fitness for work system had on Curtis’s mental health, and it knew that he had only recently been discharged from the Campbell Centre.

He had been admitted voluntarily to the centre in September 2018 after the police were alerted by a friend to a letter Curtis had posted online describing his plans to take his own life.

Dr David Marchevsky, the consultant in charge of his care at the Campbell Centre between 13 September and 5 October 2018, described him as “very polite, well-mannered and very pleasant” and “very intelligent and likeable”, with a diagnosis of Asperger’s syndrome.

He had previously been admitted to the centre in 2012.

He said he had been “upset and angry” that he had lost his benefits, so Dr Marchevsky decided to “work to get the benefits back”.

Once his benefits were reinstated, he said, Curtis was no longer “actively suicidal”, and could be safely discharged.

But just a month later, Curtis was sent a letter by DWP telling him he needed to attend another WCA, on 3 December.

He attended The Grove for an appointment with a GP on 15 November 2018 to request a letter to send to DWP to explain why he needed a home assessment, because he was worried that visiting the city centre assessment centre for the WCA would set off a severe anxiety attack.

Osborne said there was no evidence that he ever collected the letter from the surgery.

He said he believed Curtis took his own life three days after the GP appointment, on or about 18 November.

Dr Romi Babatunde, a partner at the surgery, said there was “no mention” in the patient’s notes of any attempt by the GP at that appointment to assess whether Curtis was having any suicidal thoughts, or of whether he later collected the letter.

The inquest also heard that the surgery had failed to follow up on his care after his discharge from the acute home treatment team.

He added later: “Yes, perhaps we could pro-actively have done a bit more.”

Curtis’s father, who was watching the inquest online, told the GP: “You could have saved this young man’s life. I hope your conscience is clear. I cannot be calm like everybody else. This is my family.”

The inquest also heard that the Guinness Partnership, the housing association that owned the flat Curtis rented, had failed to check on his welfare for several months after he stopped paying his rent, even though he had previously been living in supported accommodation.

Billie-Jade Mason, customer liaison manager for the housing association, said they had not been aware Curtis was a “vulnerable adult”.

She later had to apologise to the inquest after being informed that the housing association had been told by the council that Curtis had previously lived in supported accommodation when he moved into his flat in January 2016.

DWP had stopped Curtis’s ESA in January 2019 after making two unsuccessful visits to his home that month to ask why he had not attended the WCA.

On both visits, the DWP officer noticed that letters alerting Curtis to the visit were still in the mailbox along with other mail, according to a safeguarding adults review into his death that was published by the Milton Keynes Together Partnership (PDF) last week.

Osborne said he found it “remarkable” that “the complete lack of any communication from or with Roy didn’t spark a red flag or alarm bells with any of the agencies”.

He said he intended to send a prevention of future deaths report to the council because of its failures.

He said: “Referrals for adult social care assessments appear to me to be overly bureaucratic and are not being afforded the priority within social services that they so obviously require.”

The housing association eventually issued Roy Curtis with an eviction notice in April 2019.

His body was discovered in the bedroom of his flat on 21 August 2019 by a bailiff who had arrived to evict him.

By the time his body was discovered, Roy Curtis had been dead for more than nine months.

Osborne concluded that he had taken his own life on or about 18 November 2018 and that it was “an indictment on all of us as a society in Milton Keynes that his body lay there undetected for so many months”.

And he told the family of Roy Curtis that he “deserves to be remembered for more than just the way that he died”.

Picture: Roy Curtis and his mother