You are here: Home / Benefits and Poverty / Shadow minister wants an inquiry into DWP deaths if Labour win power 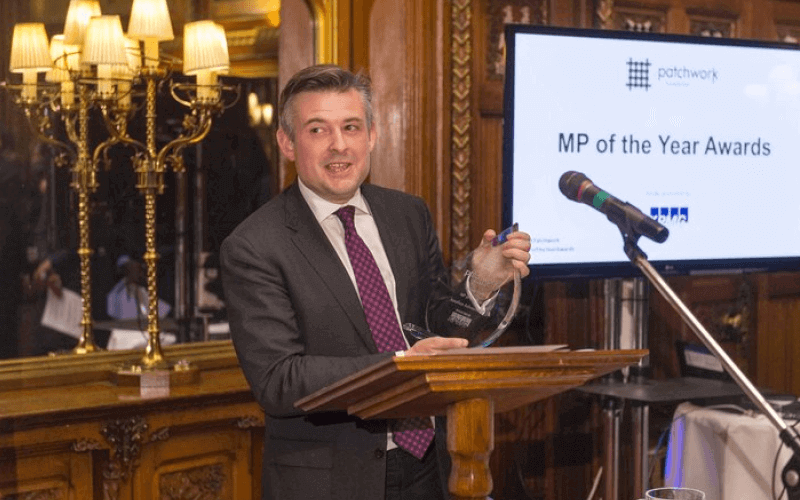 Shadow work and pensions secretary Jonathan Ashworth has said he would want to order an independent inquiry into deaths linked to the actions of the Department for Work and Pensions (DWP) if his party wins the next general election.

Although Labour under Jeremy Corbyn promised before the last election in 2019 to hold such an inquiry if it won power, its shadow ministers have resisted such calls since the election of their new leader two years ago.

But Ashworth (pictured), who has only been in post for three months, told Disability News Service (DNS) this week that he was committed to holding such an inquiry.

Three disabled women – Imogen Day, Alison Burton and Joy Dove – who have all lost relatives due to DWP failings had each contributed to the meeting (see separate story).

DNS had told Ashworth how disabled people’s grassroots groups, bereaved relatives and charities, as well as Labour MPs such as Debbie Abrahams, Marsha de Cordova and John McDonnell, had been calling for an inquiry since 2019, following countless avoidable deaths linked to DWP’s actions.

He was asked if he supported this call and would work to include it in Labour’s next general election manifesto.

Ashworth said: “We definitely should have a proper inquiry. It seems to me entirely right that we need to change the system so these awful, most tragic events do not happen again.

“I will undertake to speak to those MPs that you mentioned and discuss how we can work together on this, but… if I was secretary of state for work and pensions then a proper inquiry into these matters would be something that I would definitely want to pursue.”

Wera Hobhouse, the Liberal Democrat MP and vice-chair of the all-party mental health group, said the meeting had “made it very clear for me that we need to really push the government for an inquiry”.

She said she believed her own party colleagues would also be behind the call for an inquiry, and she called for “a culture change within DWP”.

Ashworth said earlier in the meeting that DWP “must get better at identifying vulnerable claimants, providing tailored support for services for them”.

He said: “The awful cases that we have heard… [are] because the pressures have got too much, the system does not treat people like human beings, poverty is too relentless, and frankly this should shame ministers.”

Alison Burton, whose father-in-law starved to death after he was wrongly deprived of his benefits by DWP, asked Ashworth if he thought there needed to be an assessment of the cost and effectiveness of DWP’s current approach to fighting benefit appeals, its lack of training around mental health, and its use of costly lawyers in DWP-related inquests and to fight benefit-related legal cases “instead of just taking criticism and making improvements”.

Ashworth agreed with the need for such an assessment and said the government was “fighting tooth and nail” to deprive “vulnerable people” of their right to support.

He said: “We all understand that money is tight… but the way in which the secretary of state casually throws money pursuing vulnerable people through the courts I think is absolutely unacceptable and wasteful.

“We need a system which properly supports people to flourish, to help them live a fulfilling life that is better economically overall, that adds to economic growth, so I would agree that we do need an assessment.”

In response to another DNS question, Alexa Knight, associate director of policy and practice at Rethink, said the mental health charity would “absolutely” work with disabled people’s grassroots groups on its campaign for an independent inquiry.

DNS had pointed out that disabled people’s groups have been campaigning since at least 2019 for an inquiry.

This call is included in a new Rethink report, We’re Just Numbers To Them, which concludes that the government’s approach to investigating death and serious harm is “highly secretive and not fit for purpose”.

It also says that DWP should be carrying out its own internal process reviews (IPRs) into far more cases of suspected serious harm than it currently does, and that it should publish an annual report into the IPRs conducted by DWP into deaths and cases of serious harm.

Knight told the meeting that Rethink had asked DWP “a number of times” if they would meet with some of the families who have lost relatives due to failings in the benefits system, but they had refused to do so.

She said: “They don’t want to come and meet with the families, which is a real shame.”

Dan Norris, head of advice and rights for Child Poverty Action Group (CPAG), told the meeting about the charity’s report on the impact of the universal credit (UC) system on mental health, which found that claimants with mental distress were rarely asked by DWP if they needed reasonable adjustments, despite the department’s obligations under the Equality Act.

This failure to provide a personalised and flexible approach means that claimants with mental distress face problems throughout the process of claiming UC and managing that claim, the report says.

CPAG says there is a need for a “robust and prompt system within UC to identify those who need additional support to claim, or different treatment to access support”.

Norris said the claimants CPAG had spoken to for its report had found that the system was “too rigidly orientated towards finding work”.