You are here: Home / Benefits and Poverty / Minister for disabled people ignores calls for inquiry into DWP deaths 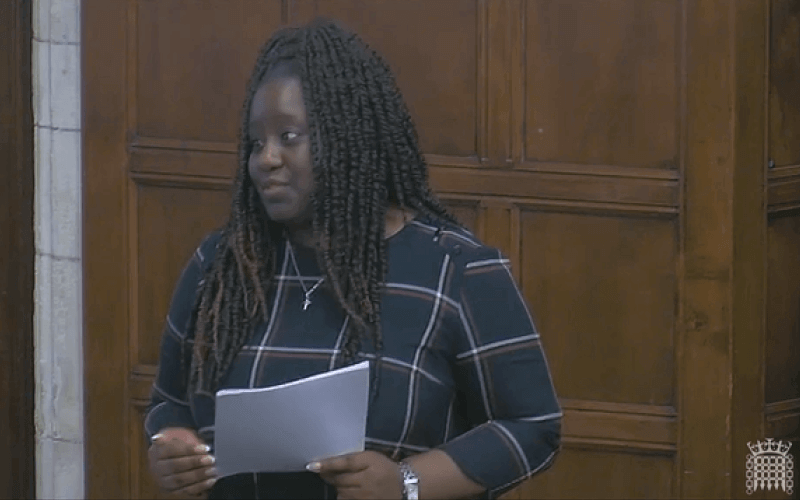 The minister for disabled people has ignored calls for an inquiry into deaths linked to the failings of the Department for Work and Pensions (DWP).

The disabled Labour MP Marsha de Cordova had called for an inquiry this week after telling MPs that the consequences of the “failing” assessment system for personal independence payment (PIP) and employment and support allowance (ESA) were “devastating”.

She highlighted the case of Stephen Smith, first reported by the Liverpool Echo, who was 63 when he was found fit for work, despite having been diagnosed with numerous health conditions.

She told fellow MPs: “After he failed his [work capability assessment], he was forced to live on just £67 a week. He died soon after, weighing just six stone.”

DNS reported how a coroner has called on DWP to make urgent policy changes, after hearing how it had ordered Talbot to leave hospital to visit a jobcentre to make a benefit claim in person, even though he was severely ill with a condition that left him “very vulnerable to infection”, and which later killed him.

Health professionals told an inquest into Talbot’s death that they had never heard of such a “severely ill inpatient” being told by DWP to leave hospital to make a benefit claim in person.

De Cordova (pictured) said that government figures revealed in 2019 that 5,690 people had died within six months of being found fit for work in the previous decade.

She said: “There is no stronger indictment of a failing system than more than 5,000 people dying just months after being denied vital social security.

“Labour has been proud to support calls for an independent public inquiry into these deaths, because we need justice for each and every one of them.”

She was supported this week by Labour’s Debbie Abrahams, who has led calls in the Commons for a public inquiry into the deaths, and told MPs: “We do not know the causes or the scale of those deaths.

“Surely that work needs to be undertaken as quickly as possible.”

DNS has been supporting calls for an inquiry from grassroots organisations of disabled people – and relatives of those who have died – since 2019.

De Cordova’s call for an inquiry came in a debate she had secured on the assessment system and the government’s green paper on disability benefits, which was published last July.

She told fellow MPs that the “overwhelming body of evidence shows that the assessment frameworks for both ESA and PIP are not fit for purpose”.

And she said Labour wanted to see all assessments “brought back in house”, which she said would provide “better scrutiny, accountability and value for money for the taxpayer” than using profit-making contractors such as Capita, Atos and Maximus.

In her response to the debate, Chloe Smith, the minister for disabled people, made no mention of De Cordova’s call for an inquiry into DWP-related deaths.

But she said: “We think that our health assessments are a fair and robust approach to managing the gateway to benefits, with our decisions based on evidence and objective criteria.”

She said the green paper had consulted on several initiatives “to change the application and assessment process for the better”.

She also said that the government intended to continue to use “private providers” to deliver assessments.

In response, De Cordova told Smith that she had failed to address “whether she would agree to an independent inquiry into the deaths of so many ill and disabled people.

“This is a national scandal and in any other environment an inquiry would happen, so it should be happening now for ill and disabled people, because for far too long we have been treated as an afterthought.

Last October, Smith had told DNS at her party’s annual conference – shortly after her appointment as minister – that it was a “big priority” for her to address the distrust in DWP created by a decade of deaths of benefit claimants that had been linked to the actions of her new department.

After being told by DNS that the deaths had left “a legacy of distress and distrust”, she told a fringe meeting: “We must be able to help people to have confidence in, in this case the DWP, but indeed other parts of public services as well.

“That is a fundamental, so we have to address these things and it is a big priority for me to do so.”