You are here: Home / Activism and Campaigning / Shock and anger at government’s failure to invite DPOs to disability workshop 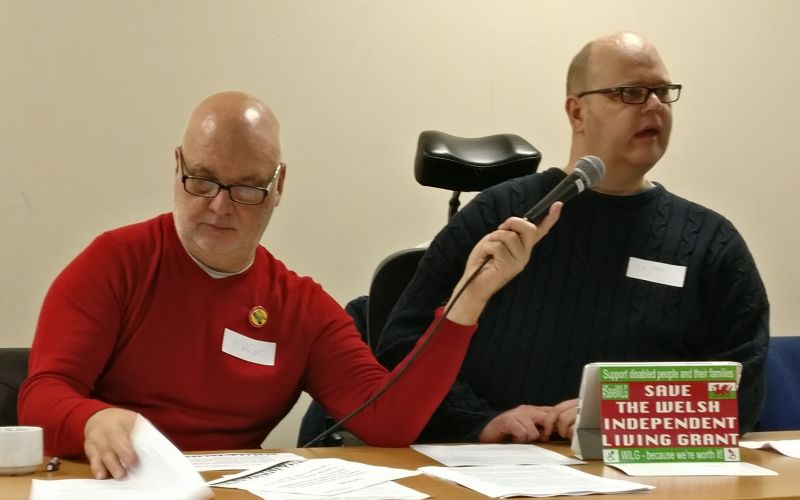 Campaigners have been left “shocked and appalled” by the government’s decision to hold a workshop on the barriers facing disabled people without inviting a single disabled people’s organisation (DPO) to take part.

The Cabinet Office workshop is due to take place tomorrow afternoon (Friday), and its purpose is to “convene leading external experts and officials to discuss the key issues facing disabled people and identify opportunities to address these”.

But it has failed to invite representatives from organisations such as the Reclaiming Our Futures Alliance (ROFA) – which represents many leading DPOs – or The Alliance for Inclusive Education (ALLFIE), and then snubbed their requests to take part when they found out about the event.

Another disabled-led organisation missed off the list of invitees was Disabled People Against Cuts (DPAC).

The Cabinet Office did invite Philip Connolly, policy manager for Disability Rights UK (DR UK), but he was invited as a policy specialist and not as a representative of DR UK.

Mark Harrison (pictured, left), from ROFA, wrote to the Cabinet Office this week to ask if he could attend the workshop but was told it was “already at capacity” and that it was only “an initial exploratory meeting, including officials from Cabinet Office and the Office for Disability Issues [ODI] and a small group of academics and disability charity representatives”.

The civil servant added: “If this initial work develops into a more significant work stream, then we intend to engage with a wide range of disabled person led and smaller groups and will be in touch with details.”

Harrison told her he was “shocked and appalled” by the exclusion of DPOs and said this suggested the government had learned nothing from the recent examination by the UN of the government’s record in implementing the UN Convention on the Rights of Persons with Disabilities (UNCRPD).

In its “concluding observations”, following the examination, the UN’s committee on the rights of persons with disabilities said in August 2017 that it was concerned about the UK government’s “lack of mechanisms to ensure effective participation of all organisations of persons with disabilities, in decision-making processes concerning policies and legislation in all areas of the Convention”.

Harrison said he would now write to the UN committee “with this example amongst many others where the UK Government is still failing to comply with the [UNCRPD] which it has signed and ratified”.

Sue Bott, DR UK’s deputy chief executive, said her organisations only found out about the event from the University of Bristol.

She has been told the workshop will be based on research the university has co-produced with disabled people, including DR UK.

Bott told Disability News Service (DNS): “[The university] did not want to attend the event without disabled people who had worked with them and asked if we had had an invitation.

“Philip will be making our objections known at the workshop as will colleagues from Bristol University.

“We were disgusted with the response given to ROFA from the Cabinet Office.

“Either they have no knowledge of the CRPD, which is disgraceful in itself, or have chosen to ignore it and the need to engage with disabled people from the very beginning, not at some point down the line.”

She said that DR UK would be happy to sign any joint letter of complaint from the coalition of DPOs – which also includes ROFA, ALLFIE and DPAC – that played a significant role in the review of the UK’s progress in implementing the UNCRPD.

DPAC is also set to inform the UN committee of the government’s actions, which it says are an “ongoing and flagrant violation of our human rights enshrined in UNCRPD to which this government are committed to supporting”.

DPAC has told the Cabinet Office that it is “horrified and angry” at its behaviour and that of the ODI, and added: “Oh, the irony of holding a workshop to address the barriers faced by disabled people which actually does not include disabled people – only a government department could do this without realising just how appalling it is.”

Linda Burnip, co-founder of DPAC, told DNS that the decision to exclude DPOs from the workshop “ironically serves to illustrate the major barriers disabled people face.

“This exclusion highlights the ongoing contempt which this government and its officials show towards disabled people and their lives.

“It flies in the face of UNCRPD and the findings of the UN disability committee and can only be described as an utter and total disgrace.”

Tara Flood, ALLFIE’s chief executive, told DNS she was “really cross” at her organisation being excluded from the workshop.

She said: “We are the only DPO working in this area, so who the hell is on this invite list?

“Where does this leave article 33 [of the UN convention, which describes how DPOs should be “fully involved” in monitoring the treaty’s implementation] and ‘nothing about us without us’?

“If this is genuinely about tackling the barriers that disabled people face, where will disabled children and young people’s barriers fit in that? My feeling is that they are very unlikely to feature.”

A government spokesperson declined to answer a series of questions about the workshop and its UNCRPD obligations, but said in a statement: “We recognise that a variety of groups have important insights to offer – and we will shortly be launching Regional Stakeholder Networks, providing forums for a wide range of people to contribute.”

Only two months ago, the Department of Health and Social Care insisted that it was complying with the UN convention by consulting on its mental capacity (amendment) bill with non-user-led charities like Mencap and Sense.

But the UNCRPD makes it clear that, when developing laws and policies relating to disabled people, governments “must closely consult with and actively involve persons with disabilities, including children with disabilities, through their representative organizations”.