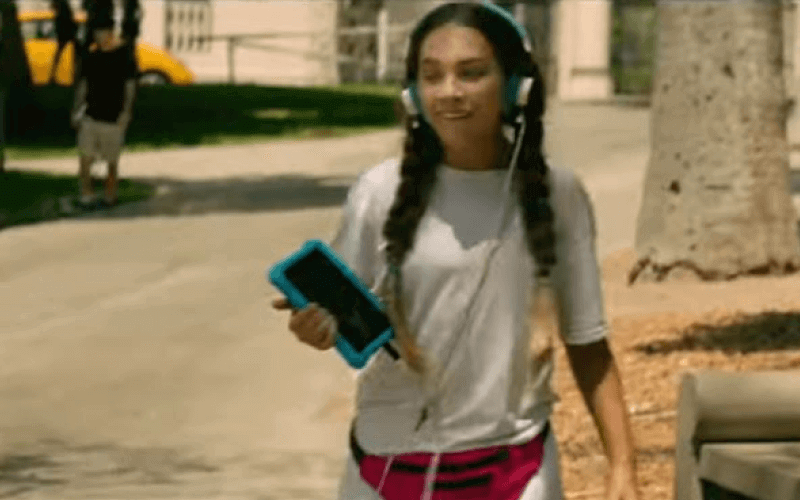 Autistic campaigners have described the decision of singer-songwriter Sia to cast a non-disabled performer to play an Autistic character in her new film as “insulting” and “demeaning”.

The trailer for Music (pictured), released by Sia last Thursday, has caused frustration and anger among Autistic people and other disabled campaigners after it emerged that the key role was being played by non-disabled dancer Maddie Ziegler.

There was further concern when they learned that Sia had sought advice about the film from the controversial US charity Autism Speaks – historically criticised by disabled people for its exploitative, damaging and offensive fundraising tactics and campaign goals – rather than Autistic people.

There were also doubts over Sia’s claim that she had auditioned an Autistic actor to play the part.

Sia said this actor had found the experience “unpleasant and stressful” and so she decided to cast Ziegler, which she said “felt more compassionate”.

But numerous links then emerged to comments Sia made in 2015 at the Venice Film Festival, when she announced that she would be making the film with Ziegler.

Autistic campaigners spoke out about the film this week to Disability News Service.

Autistic UK, which is run by Autistic people, said the incident showed that the community had again “been let down by those profiting from our neurodivergence”.

Kat Williams, a director of Autistic UK, said Sia “clearly didn’t expect the backlash she received from our community” after releasing the trailer.

She said: “If she’s researched as extensively as she claims, surely she’d have seen the plethora of information out there regarding representation? About the horrific Autistic employment rates? Our collective cry of Nothing About Us Without Us?

“Even if we’re being overly generous and accept that multiple years of autism research didn’t throw up even one article, her responses to the Autistic people who are rightly voicing their concerns on social media is, frankly, disgusting.

“Coupled with the pile-ons from her hordes of fans, the Autistic community has been damaged by her actions.

“No lessons have been learned. Attitudes are shifting at a glacial pace. The Autistic community deserves better.”

Emma Dalmayne, chief executive of Autistic Inclusive Meets, said: “It is insulting as an Autistic to see a neurotypical actor do a part that one of our community could have played.

“It feels intrusive and demeaning.”

She raised serious concerns about Sia seeking advice from Autism Speaks, which until 2016 included the search for a “cure” for autism in its mission statement, and which she said had stated that it was “looking into ‘solutions’ for autism” and fundraises for “research into prevention of us as Autistics existing”.

Another Autistic campaigner, Nicky Clark, said progress had been “painfully slow” since 2009, when she launched her Don’t Play Me Pay Me campaign, which called for representation of disabled talent on and behind the camera.

She said: “I think it’s disappointing that Sia chose not to employ an Autistic actor for her film because Autistic performers don’t lack talent, just opportunity.

“This week has been a real low point that I hadn’t seen since they chose a puppet to play an Autistic character on stage last year.”

She added: “To me the creative arts is best when it retains authenticity when you’re hoping above all to convey truth.

“It’s worth remembering and repeating that we’re as complex and multi-faceted as anyone else and our disability is usually the least interesting thing about us.”

Sia, who has spoken previously of her own long-term health conditions, including experience of mental distress, insisted this week on Twitter that she had cast 13 “neuroatypical people” to play other roles in the film and that it was “a beautiful film with meaningful intentions” and “does more good than harm”.

But The Disability Union (TDU) said that an Autistic actor should have been cast in the role.

It said it was “incredibly disappointed to see that, once again, disabled people have been completely sidelined in the entertainment industry.

“The disability community has been shouting ‘nothing about us without us’ for decades and, despite gestures of solidarity, we are evidently still ignored.

“We are people who can represent ourselves and tell our own stories.”

TDU said that Sia’s response to the criticism – which saw her tell an Autistic actor who questioned why she and others had not been considered for the role that “maybe you’re just a bad actor” – had been one of “arrogance and dismissal”.

Autistic campaigner Edward Caplen, a volunteer with TDU, said: “I think the decision not to give the role to an Autistic actor was a bad one, their excuse that it would be too difficult to get an Autistic person to work with them is an ableist one and in some capacity Autism Speaks has been working with her on the film in some capacity, which the autism community view quite rightly as a hate group.”

He added: “Further to this I would also point out there was as far as I am aware no Autistic perspective in the writing room and I highly doubt this film will represent the true experience of non-verbal Autistic people, which often involves systemic restrictions on basic freedoms others know and enjoy.”

He said that Ziegler’s performance appeared to be a “very stereotypical characterisation of autism that will ultimately harm the Autistic community”.

Autistic advocate Emma Chapman said: “As Autistic people, we are rarely allowed to tell our own stories.

“What happens instead is that stories are told from the point of view of non-Autistic carers or loved ones.

“I’m sure Sia had good intentions but as an Autistic person it’s so tiring to have someone else tell your story, often in an offensive way, over and over again, without being given the chance to tell it yourself.

“And when we speak up about it, people get defensive and aggressive as has happened with Sia – she made some very cruel remarks to Autistic people who were trying to engage with her about the film.

“The best response would have been to listen and take on board the feedback from Autistic people rather than shut them down.”

Another Autistic campaigner, Laura McConnell, said: “I’ve worked with non-verbal Autistic and learning disabled children and young people since 2007, and I am Autistic myself.

“I recognised absolutely nothing in the way the character has been portrayed.

“What I did recognise was stigmas and misconceptions that are particularly damaging to the Autistic community.”

She added: “While her intentions may have been noble, by failing to engage with Autistic people in her research, Sia has scored a massive own goal and has turned what could have been a fantastic opportunity to spread autism acceptance into another vehicle to mock us.”