You are here: Home / Arts, Culture and Sport / Star’s frustration as boccia misses out – again – on live TV at Paralympics 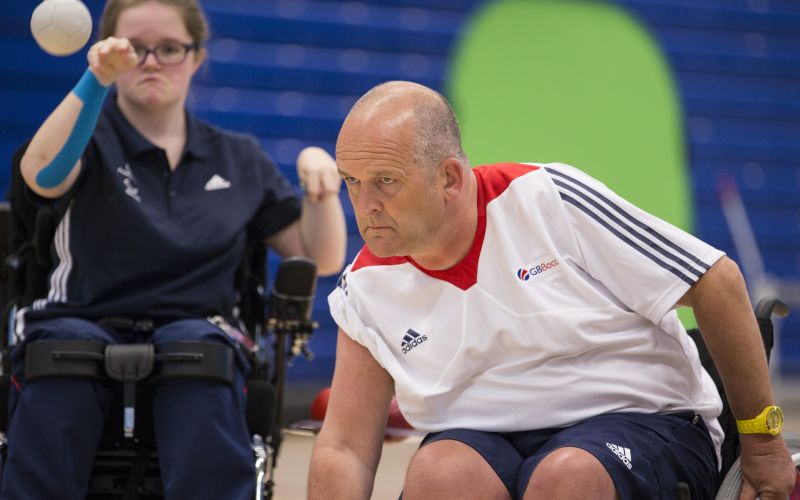 One of the most experienced members of the British ParalympicsGB team has said he is “frustrated” and “disappointed” that his sport will not be televised live at the Rio Paralympic Games in September.

Nigel Murray is the first member of ParalympicsGB to speak publicly about the decision to provide live television coverage of just 13 sports in Rio, since Disability News Service revealed last week that the host city had scrapped plans to pay for an expansion of the coverage.

The Rio organising committee decided not to provide the funding needed to increase the number of Paralympic sports that were covered live at London 2012, because it could not afford the extra expense.

This means there will be no live coverage – apart from Channel 4’s own camera teams, which will cover “as many [British] medal successes as possible” – of sports including boccia, goalball, triathlon, rowing, canoeing, sailing, shooting, archery, road cycling, the marathons and the equestrian events.

Murray (pictured), who made it clear that he was speaking for himself and not on behalf of his team-mates, said he was “frustrated” at the failure to provide live coverage of boccia, a decision that was also made at London 2012.

He said boccia needed to “get our foot in the door” of live coverage, and added: “I was disappointed in London that we didn’t get the media attention other sports did, which is frustrating because we really want to showcase our sport.

“It’s very easy for me to say boccia is fantastic, it’s brilliant, but unless other people can get access to it through the media, the wider audience aren’t going to get to know about boccia.”

He called on boccia governing bodies across the world to “push” for live coverage in four years’ time at the next Paralympic Games in Tokyo, Japan.

And he said he would like to campaign for that to happen himself – he is likely to retire from professional sport after Rio – in order to “get more publicity for the athletes of the future”.

He said he was “very proud” of his sport and would “do anything actively to promote my sport and the benefits and merits of my sport and as athletes what we achieve”.

Although boccia is traditionally a sport for disabled people with high support needs, including many people with cerebral palsy, Murray said it was “a great sport that anybody can play and that’s why I find it a little frustrating, because unless we get that key to the door that lets us in and we can really showcase our sport it does make it difficult for us to compete in the profile stakes”.

He said that feedback from London 2012 was “how much people enjoyed it, how much people wanted to be involved, find out more about it, which was fantastic”.

But Murray said he was “not going to kid myself” that boccia would ever receive the same attention as athletics, swimming or wheelchair basketball, but live coverage would certainly secure more media coverage, and raise the profile of his sport.

He said he was “certainly disappointed” about Brazil’s decision, particularly when the host country has some “fantastic opportunities” for medals in boccia, while Japan has also “invested heavily” in its boccia squad.

He added: “I think if it was to happen once, just once, I think it would make people sit up and say, ‘We want to see more of this.’”

Murray said he had never heard people who have watched boccia for the first time say they had not enjoyed it, as he had with some other sports.

“It’s a game that is easy to follow, you don’t have to know all the intricacies to understand the game, it’s quite simple really, and I think it makes for a fascinating sport to watch.”

A spokeswoman for the British Paralympic Association, which selects and manages the ParalympicsGB team, said: “We know that Channel 4 have worked really closely with the IPC [International Paralympic Committee] and OBS [Olympic Broadcasting Services, which provides pictures and sounds from all Olympic and Paralympic Games to broadcasters that hold the rights for the games in each country] on achieving the best possible coverage achievable this time around.

“Unfortunately it does mean that some sports will not receive live coverage but we applaud Channel 4’s efforts to try to get to as many sports as possible over the course of the games, even where live event coverage isn’t available.

“We do of course want to see the coverage widened as far as possible for Tokyo 2020.”

She added: “We are confident that we won’t need to push the IPC [to try to expand the number of sports covered in Tokyo] as they share our ambition for wider coverage for the games.”

Picture of Nigel Murray by onEdition 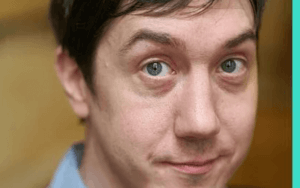